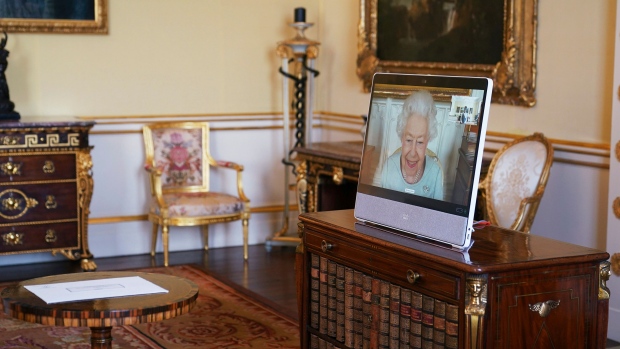 The annual Commonwealth Day interfaith service at Westminster Abby is a fixture in the royal calendar. This year marked return of an in-person large gathering and in the Platinum Jubilee year, all eyes were looking to see the Queen in public. Unfortunately, it was not to be as on Friday, the Palace announced that the Queen would not attend personally, and that Prince Charles would represent her.

While the Palace announced this morning, to no one’s surprise, that Prince Charles would also represent the Queen at the meeting in Rwanda, it now appears likely that these Commonwealth family affairs may take place without the Head of Commonwealth herself, given her increasingly delicate health.

In this Jubilee year, many in the Commonwealth had hoped to celebrate Queen Elizabeth II in person, but this may no longer be possible. Given that the Commonwealth has largely held together with the Queen’s own leadership and that this has been one of the major achievements in her reign, it is regrettable. While the Commonwealth confirmed in 2018 that Prince Charles would be the next head of the Commonwealth, they may not have expected that he would be performing that role before the end of the Queen’s reign.

The upcoming memorial service for the late Prince Philip, on March 29, will also be held at Westminster Abbey and it appears this could also risk the Queen’s absence, as the same mobility issues may also prevent her attendance. While it was thought that changes to the entrance she used to be closer to her seat in deference to the Queen’s age and mobility would make her participation possible, it may still be a step or two too far for the 95-year-old monarch.

It now seems likely that there will be significant modifications to the Queen’s participation in several Jubilee events in June, particularly Trooping the Colour, as well as the service of Thanksgiving at St Paul’s Cathedral. Long gone are the days of the Queen on horseback in public — now the use of carriages may be at risk and climbing the many steps up the West Front of Saint Paul’s cathedral will have to be avoided. More accessible ways will have to be found if the Queen is to participate in these ceremonies.

It is unreasonable to expect that the Queen would be able to participate in public ceremonies as she has through most of her reign, or even as she has in the years prior to the pandemic. The past two years of COVID-19 isolation have impacted the Queen’s health and mobility.

Having had COVID-19 herself in February may well have taken her toll but she appears to be back to her usual self. Having reduced her schedule in isolation, it appears that it has been difficult for her to restart at the pace she had been keeping in recent years.

Having tried to do too much in October has led to a significant curtailment in engagements since in addition to a hospitalization for as yet unspecified tests later that month. Aside from a brief appearance in February inside Sandringham House, the Queen has not appeared in public since October 14 when she opened the Welsh Parliament, apart from duties at Windsor Castle in brief meetings or video ceremonies.

Throughout the past 70 years, the Queen’s appearance at major annual events, like Remembrance Sunday, Commonwealth gatherings, Trooping the Colour, Royal Ascot, Investitures, and the State Opening of parliament have been reassuring mileposts as the years passed by. In troubled and challenging times, the steady and constant presence and visibility of the monarch has been a reliable feature of public life – while everything else changed and is in turmoil.

The past few years have widened the gap between the Queen and her public role, while at the same time the pandemic has enabled the public to see Her Majesty in new ways in virtual space. But for Elizabeth the Second, this has been a dramatic change in the routine of her life, as well as the way in which she has wanted to be seen – to be believed.

In 2017, when Prince Philip reached the age of 96, he announced his retirement and withdrawal from public life, except for family occasions. He honoured this statement quite strictly, and to the surprise of many, spent his remaining time quietly in a smaller home on the Sandringham estate reading and being outdoor in the country. As the Queen herself faces her 96th birthday in April, it is increasingly clear that she may follow her husband’s example. It is not hard to imagine that after the Platinum Jubilee in June, she may almost completely withdraw from public or ceremonial events, although unlike Prince Philip she will continue to perform her constitutional duties. Her late husband may have led the way in this approach.

The Palace has been careful to demonstrate that the Queen is fully engaged with her prime ministers, with diplomats, and continuing to review and sign the paperwork in her famous red boxes, as we saw on clips released on Accession Day. It is increasingly clear that the Queen has maintained her usual enthusiasm for these duties but is now not physically capable of even less arduous travel and walking at significant public events and in historic venues.

It was striking that in her Commonwealth Day message, the Queen started by stating “In this year of my Platinum Jubilee, it has given me pleasure to renew the promise I made in 1947, that my life will always be devoted in service.” The same sentiments were expressed on February 6 (Accession Day) and during her previous Jubilees and other occasions. The Queen is consistent and makes the point that she sees her role as a job for life, come what may.

While world leaders come and go, and increasingly even other kings and queens and a pope has abdicated to take retirement. Elizabeth the Second does not view her role this way and intends to honour her youthful commitment. While so much has changed in the past 70 years, the Queen remains a constant and we feel disappointment when she is not there, even as she places her eldest child, Prince Charles in the spotlight.

While the form of the Queen’s participation is changing the twilight years of her reign, her commitment to the Crown and to the Commonwealth does not — and we must believe her when she says that she will continue until the end.