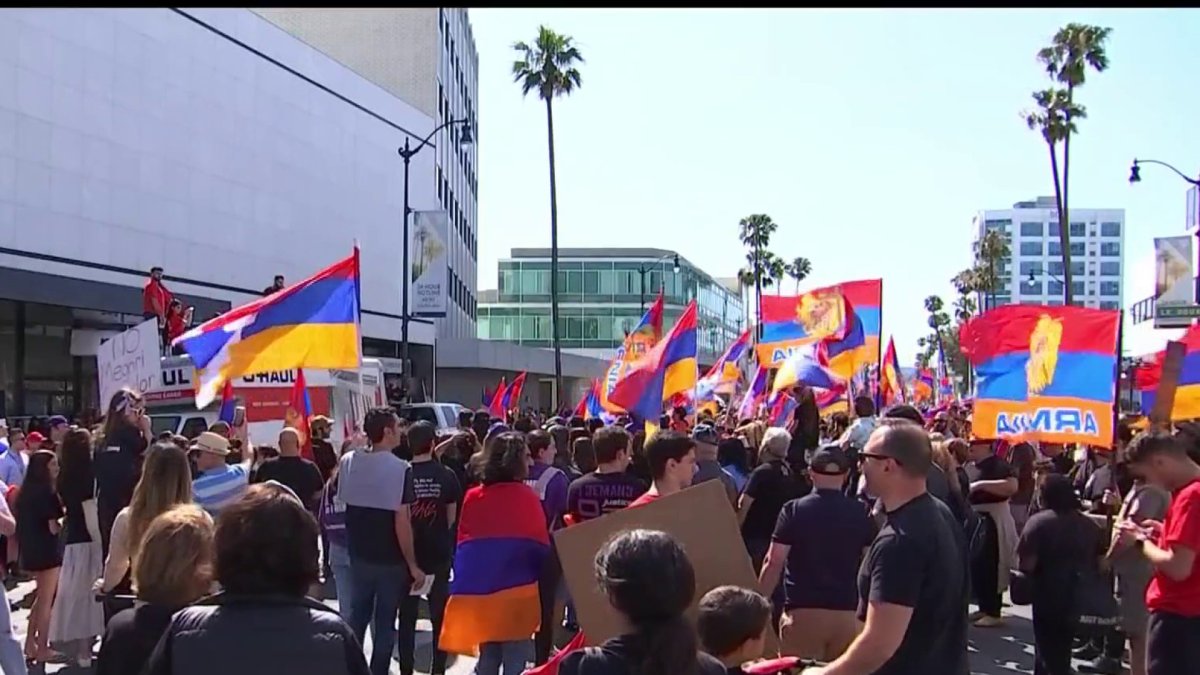 Glendale’s annual commemorative event of the Armenian genocide came back this year for the first time since the pandemic began.

A packed house at the Alex theater enjoyed musical performances  by the Lark musical society.

Los Angeles County is home to the largest Armenian population in the United States.

Many events took place all across our area including a protest and rally outside of the Turkish consulate in Beverly Hills.

The event, organized by the Armenian Youth Federation, was held to commemorate the  1.5 million Armenians killed in 1915 by the Turkish Ottoman empire. Turkey denies the genocide ever took place.

“Every year we are going to mobilize we are going to rally to make sure because right now the homeland is experiencing the direct violence and it’s only our duty to raise noise against that and stand with them in solidarity,” said Hasmik Burushyan with the Armenian Youth Federation.

Protestors want Turkey to recognize its past, and they want to raise awareness about what is happening right now.

“Right now we need to make sure the U.S. is not funding the republic of turkey and azerbaijan those weapons are used to kill so many in armenia at artsakh”