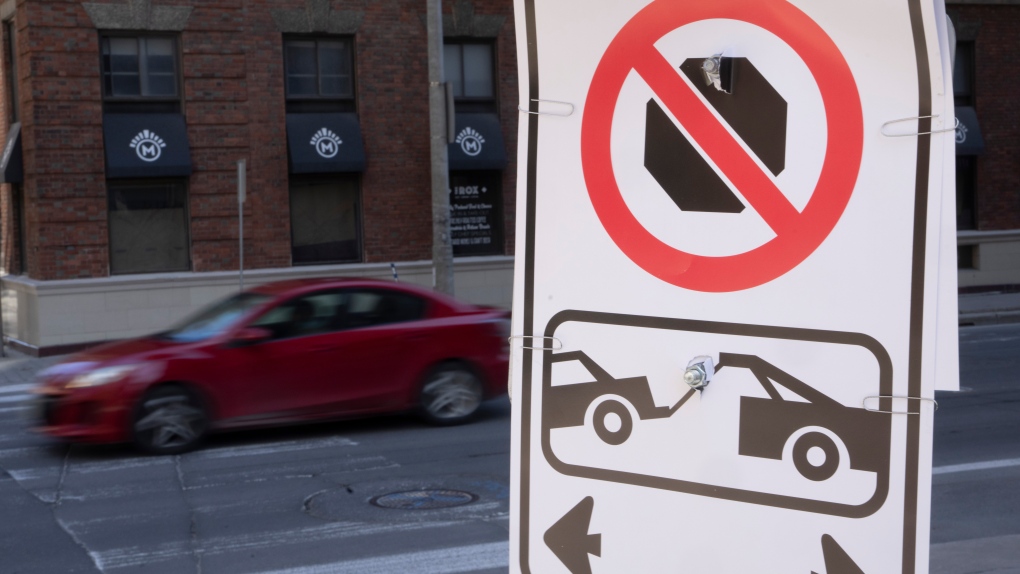 Ottawa police are promising a large police presence will be deployed today, as the Rolling Thunder biker rally rolls into the capital.


The “Rolling Thunder Ottawa” website doesn’t provide many details about the rally this weekend, but events are scheduled for today, Saturday and Sunday at the National War Memorial, on Parliament Hill and at a church in Vanier.


The first event of the weekend is a Freedom Fighters Canada rally and march at 6 p.m. on Parliament Hill.


As the bikers and supporters arrive in Ottawa for the event, a motor vehicle exclusion zone is now in effect in the downtown and ByWard Market areas.


“No motor vehicles involved in any event are permitted inside this zone,” police said. “However, the roads are not closed. Residential and business traffic, as well as pedestrians, cyclists and public transit are permitted.”


Interim Chief Steve Bell told reporters on Thursday there will be vehicles and physical barriers set up at some locations around the exclusion zone.


“City barricades, heavy equipment or police officers and police vehicles will be at various patrolled access points surrounding the vehicle exclusion zone to filter lawful traffic onto and in and around those streets,” Bell said.


“This weekend, residents will see a large and sustained police and enforcement presence, including bylaw and parking enforcement.”


Officers from Ottawa police, Ontario Provincial Police, the RCMP and municipal police forces will be deployed across the downtown area for the protest.


There will be no on-street parking or stopping anywhere inside the exclusion zone, which covers Waller Street, Wellington/Rideau street, Bay Street and Laurier Avenue.


Parking within the zone is available in parking lots and garages. On-street parking will be permitted this weekend in the ByWard Market.


Mayor Jim Watson says the city is ready for this event.


“I’m much more confident with the preparation for this particular convoy made up of about roughly 500 motorcyclists,” Watson told CTV’s Power Play. “We have exclusion zones where these people cannot drive their bikes through residential neighbourhoods and we also have a greater police presence.”


Two kilometres away from the National War Memorial and Parliament Hill, Community Solidarity Ottawa is hosting an “Unwelcome Party” this evening.


CSO says they wanted to do something to send a message to the Rolling Thunder biker rally that they are not welcome in Ottawa. The event also aims to publicly demonstrate how much of a disruption the convoys have had on Centretown residents.


The “Unwelcome Party” begins at 5 p.m. at Strathcona Park in Sandy Hill.


Ottawa Bylaw says enforcement will begin at 7 a.m. for vehicles violating the Special Event No Stopping Zones in the exclusion zone.


The exclusion zone for no stopping and no parking is Waller Street, Wellington/Rideau street, Bay Street and Laurier Avenue.


Ottawa City Hall and the underground parking lot are now closed for the weekend.


The city says City Hall and the parking lot are off-limits to the public until Monday. 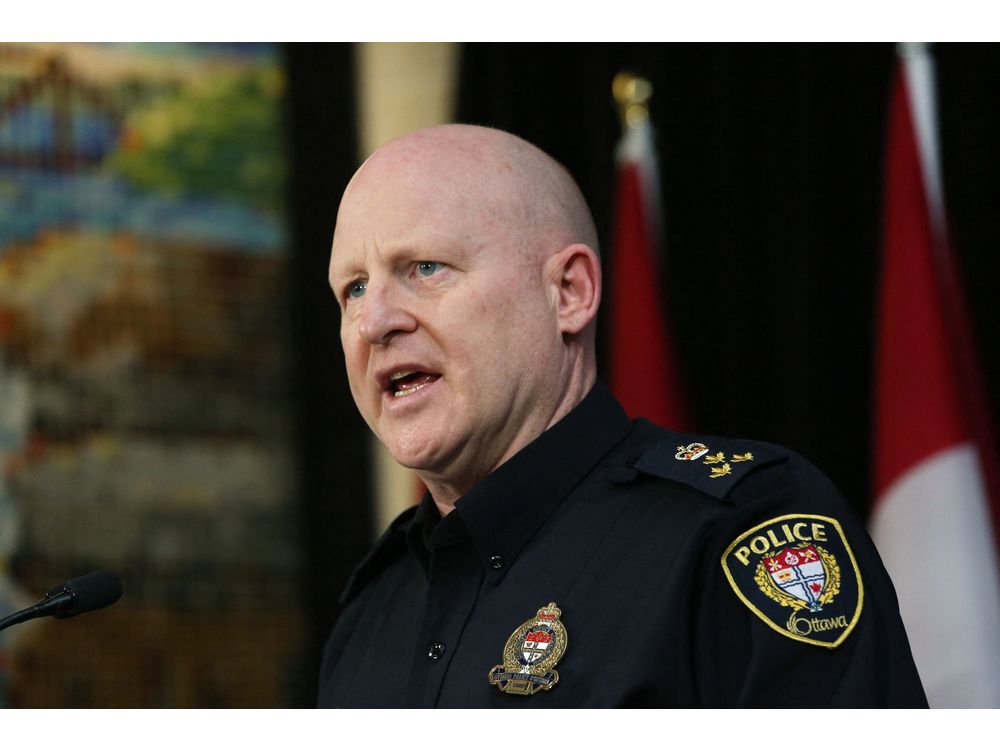 Ottawa’s interim police chief said on Monday that the participants in a biker rally scheduled for the weekend would be met with road closures and a heavy police presence to help deter any occupation of the city’s streets.

“We always have a concern (that the rally could turn into an extended protest),” interim chief Steve Bell said. “Every indication we have so far doesn’t indicate that that’s the intention of what’s happening, but what I can tell you is our planning — our planning cycle, our planning teams — is set up specifically to make sure that that doesn’t happen.”

The biker rally, which is being promoted online as “Rolling Thunder Ottawa” in support of veterans, is set to begin Friday evening with a gathering on Parliament Hill and continue on Saturday with a ceremony at the National War Memorial.

The rally, which organizer Neil Sheard insisted was not a protest in a post on the event website, has evoked memories of the “Freedom Convoy” protests that turned into an occupation that ensnared downtown Ottawa for weeks.

At the monthly Ottawa Police Services Board meeting on Monday evening, Bell fielded questions from concerned board members and the public who were worried that the “Rolling Thunder” rally could evoke the noisy spectre of the “Freedom Convoy” occupation.

“My issue is the continuation,” said Ryan St-Jean, a community member who outlined some concerns he and others had about the impending rally. “If it goes into Monday, it’s a problem. They’re going to have fun Saturday and maybe go home. They might be here Sunday, which is concerning but not illegal. If they’re still here Monday, they’re here to cause problems.”

But Bell told reporters that the Ottawa police had learned from the “Freedom Convoy” and would approach this rally differently. Reinforcements from the Ontario Provincial Police and the Royal Canadian Mounted Police would be joining Ottawa officers on the first day of the rally to be “on the ground, ready to respond,” Bell said.

He also reiterated that the vehicles tied to the rally would not be allowed into key areas of the downtown core, particularly near Parliament Hill and the National War Memorial.

“We’re working now to identify an appropriate route that they can follow that will bring them into and out of the area where they’re pooling back onto the highway. We’ll continue to discuss with them; we’re looking to make this event as safe as possible for everyone. Safe for the people that are participating, safe for pedestrians, safe for our community.”

The police service will begin outlining which roads will be closed to vehicles and which ones will be open as early as Tuesday. In a YouTube video, Sheard responded to the police decision to bar vehicles from some downtown streets, warning that it could lead to a “free-for-all” and become a safety issue unless police reconsider.

Sheard also posted what he said were his responses to Ottawa police liaison officer communications where he notified the OPS that he had “no legal authority to tell people what to do.

“All I can do is encourage attendees and try and steer them in the right direction with my ‘calming influence,’” he wrote in a message posted to the “Rolling Thunder Ottawa” website.

Sheard wrote that he was offended by the Ottawa Police Service’s qualification of the “Freedom Convoy” protest and occupation as an “illegal occupation.” “The only thing unlawful in (the) Ottawa protest was the beating and trampling of peaceful veterans and Canadian citizens by your ‘Jack boots.’”

Bell said the OPS was asking the rally participants to be respectful and understanding of what Ottawa residents had been through.

Sign up to receive daily headline news from Ottawa Citizen, a division of Postmedia Network Inc.

The next issue of Ottawa Citizen Headline News will soon be in your inbox.