But after photographing and filming 6,000-metre peaks around the globe, Morrow moved to the Columbia Valley and fell in love with documenting wildlife.

“I had pursued human adventures for so many years,” said Morrow, who lives just outside Invermere, B.C. “All of a sudden I rediscovered nature.”

Now, Morrow leads bird and nature photography walks at the Wings Over the Rockies bird festival in the Columbia Valley in southeast British Columbia. The annual festival, which wrapped up Sunday, features 100 events including birding walks, kayaking tours and speeches.

Hundreds of birders from around the world migrate each year to the Rocky Mountain communities of Radium and Invermere for the festival. This year’s celebration was the 25th iteration of the festival, and the first featuring in-person events since 2019.

Wings Over the Rockies is a significant contributor to the local communities’ economies, according to Pete Bourke, executive director of the Columbia Valley Chamber of Commerce.

“People come here for the wings but they spend time and money in a number of businesses,” he said.

“It’s just such a great impact for our region.”

While neither the Chamber of Commerce nor the festival keep statistics on revenue generated by the festival, Pauline Chung, owner of the Piccadilly Motel in Radium, insists the economic footprint is significant.

When Chung first moved to Radium from Calgary in 2017, she said she didn’t know the region’s birds attracted visitors.

“I had not heard about the bird festival … people from all over the world come and watch our birds,” she said.

“People come to our property and point to me, ‘Falcons! Eagles!’ and I’m just in awe.”

Len Shrimpton, from Sherwood Park, Alta., attended the Wings Over the Rockies festival for the first time this year.

While Shrimpton has been a casual birdwatcher for 20 years, he says this was the first time he’d travelled to search for songbirds.

“It’s hard not to hear about Wings Over the Rockies [in the birding community],” he said.

“We just needed to notch up our game and decide to spend a whole week at an event.”

Fifty per cent of festival goers hail from Alberta and another 10 per cent travel from other areas of Canada or internationally to attend, according to festival president Ross MacDonald. He said approximately 1,400 tickets were sold to the festival’s various events this year.

Shrimpton said he was particularly impressed by the Columbia Valley’s dense population of bald eagles and ospreys.

In addition to generating tourism revenue, the festival donates a portion of proceeds generated from ticket sales into environmental education and protection programs. Wings Over the Rockies helped launch Project Take Flight, a raptor rehabilitation program in 2011.

One of Canada’s largest wetlands

The majority of bird and nature walks for the festival take place at the Columbia Valley Wetlands, which stretch 180 kilometres between the Rocky Mountains and the Purcell Mountains.

Over 260 bird species have been recorded in the wetlands, which provide essential habitat for elk, moose, wolves, badgers and other animals, according to the province of British Columbia.

Pat Morrow says after a lifetime of adventure, he still gets excited for bird and wildlife photography excursions in the Columbia Valley Wetlands because the area is so diverse.

“As you get into your older age, you appreciate every day [in nature],” said Morrow. “You just don’t know what you’re going to see.” 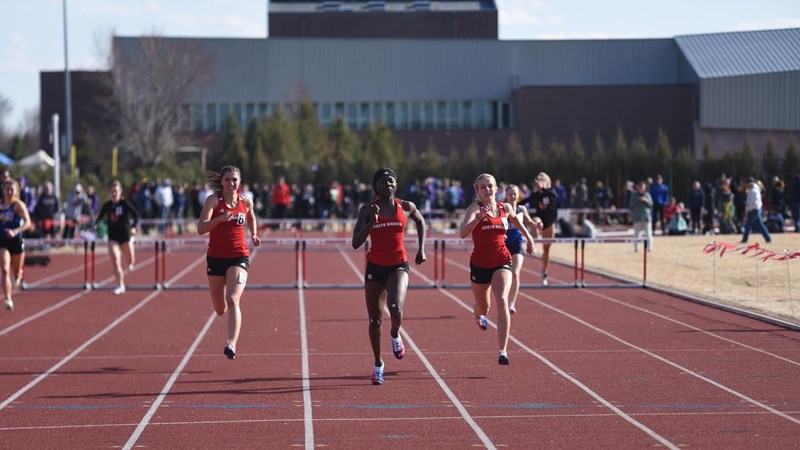 VERMILLION, S.D.—South Dakota captured eight events Saturday at the USD Early Bird, with the day at the Lillibridge Track Complex capped off by a top-10 nationally ranked mark in the women’s pole vault.

Freshman Marleen Mülla rolled to a victory in the women’s pole vault at the end of the night by clearing a personal best of 14-5 ½ (4.41m). Mülla’s height ranks sixth in the NCAA this season and fourth all-time in USD history.

From the end of the meet to the first event, South Dakota’s list of personal record performances were abound. Fourth-year junior Jessie Sullivan captured the men’s discus for the first title of the meet. He launched the discus a personal best of 186-0 ¾ (56.71m) for third in USD program history. While Sullivan’s fourth throw was the furthest of the competition, he had four throws past his previous PR. The new mark leads the Summit League this season. Fifth-year seniors Matt Slagus and Jackson Coker took fourth and fifth in the field, respectively.

The Coyotes clocked the three-fastest times in the women’s 400-meter hurdles this afternoon with a podium sweep in the race. Freshman Moe Bridgen crossed the finish line in 1:00.48 for a new league-leading time. Sophomore Jacy Pulse took second in 1:00.56 and fifth-year senior Holly Gerberding was third in 1:00.87. Bridgen and Pulse moved to fifth and sixth, respectively, on USD’s career charts.

Sophomore Erin Kinney led from tape to tape in the 100 meters, improving her outdoor best in the event to 11.75 seconds. She leads the Summit in the 100 meters this season and moved to seventh in USD history with today’s time.

Third-year sophomore Helen Gould improved her league-leading steeple time by winning the 3,000-meter steeplechase in a season-best time of 10:55.71.

Third-year sophomore Lydia Knapp launched a personal best of 198-11 (60.63m) on her second throw of the hammer competition. The mark topped the field Saturday and ranks second in USD program history.

With a personal-best day in the throws, third-year sophomore Meredith Clark finished runner-up in both the shot put and discus. Clark improved her shot put best by just over an inch, launching it 47-2 ½ (14.39m), which ranks seventh in USD history. She also sent the discus a personal best 159-4 (48.57m) for sixth in USD history. Fourth-year junior Josephine Starner took fifth in the shot put and Knapp was fifth in the discus.

Kinney added a runner-up finish in the 200 meters to her 100 title. She clocked 24.67 seconds with a negative wind reading. Freshman Anna Robinson took fourth.

Third-year sophomore Charlie Babcock crossed the finish line in third place in the 5,000 meters, clocking a time of 14:49.96.

Fifth-year senior Alli Wroblewski placed third in the 800 meters with a time of 2:17.50 and fourth-year sophomore Haley Arens finished just behind in fourth.

South Dakota travels to Wichita, Kansas, for the K.T. Woodman Classic next week. Multi-event action kicks off at 12:30 p.m. Wednesday. 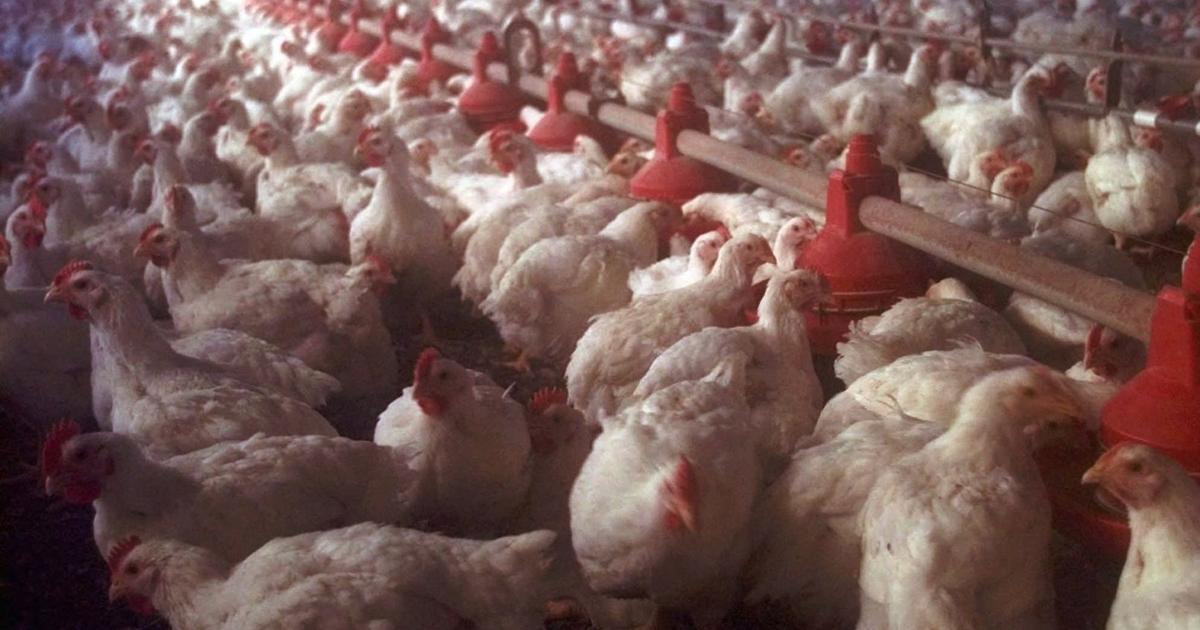 The Nebraska Department of Agriculture announced Saturday that all poultry events will be canceled statewide because of the bird flu.

The order, which comes after a fourth farm was reported infected with the virus, states that birds of any type are not permitted at events such as fairs, expositions and live bird auctions until at least May 1, when the order will be reevaluated.

Bird flu had previously been found in several wild geese and a mixed backyard flock in Merrick County, but its discovery in commercial poultry operations has upped the stakes in Nebraska.

In the last week, the state Agriculture Department quarantined a farm in Butler County and all 570,000 birds were humanely destroyed. The disease was later found to have infected a flock of 400,000 broiler chickens within the quarantine area.

In the latest case reported, a small flock of mixed chickens and waterfowl was infected in Holt County.

The ag department encourages bird owners to prevent contact between their birds and wildlife and to report any signs of bird flu in their flocks. Symptoms include a decrease in water consumption, soft-shelled eggs, nasal discharge, and lack of energy and appetite.

Chicks, ducklings and goslings can still be sold at farm stores. OMAHA, Neb. (WOWT) – The Nebraska Department of Agriculture is canceling all poultry-related events across the State due to the increase of highly pathogenic avian influenza.

The order is effective immediately and will stay in effect until May 1, when it will be re-evaluated. It prohibits birds of any kind to be at events including fairs, expositions, swap meets, exotic sales, and live bird auctions.

“The decision to cancel poultry events was not taken lightly but is a necessary step to assure we are doing everything possible to protect our poultry producers, both small and large,” Wellman said. “Poultry producers should continue to take biosecurity measures on their farms to help prevent the spread of the disease into their flock.”

The selling of chicks, ducklings, and goslings at farm stores is still allowed, as these birds are hatched in National Poultry Improvement Plan flocks.

Bird owners are encouraged to prevent contact between their animals and wildlife. Producers that suspect avian flu in their flock should report it to the Nebraska Department of Agriculture. 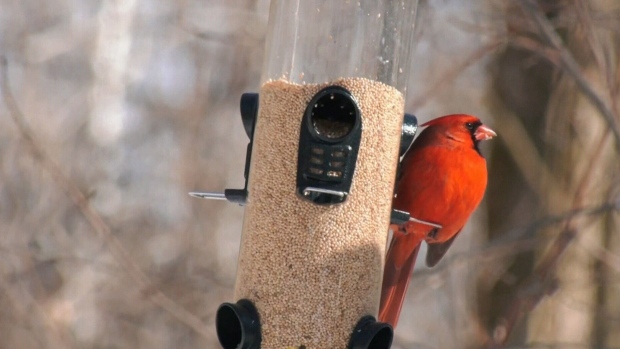 MONTREAL —
Saturday marked the beginning of the 25th annual “Great Backyard Bird Count” — a global birding event where all “citizen scientists” are welcome to participate with no experience necessary.

People all over the world are looking to the skies, and of course, their own backyards, to admire and note the birds in their communities.

Organizers hope the event sheds light on nearby bird species, and how their ecosystems have changed.

— Watch CTV’s Christine Long’s report above for the full story. 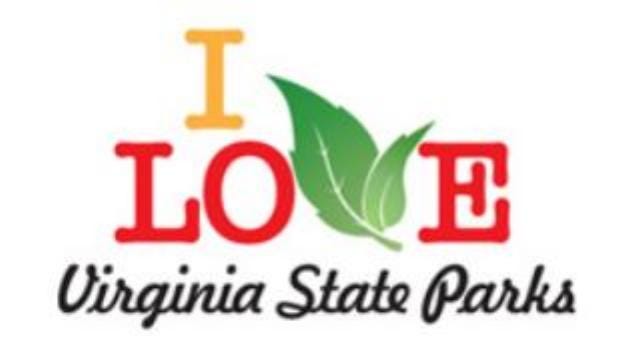