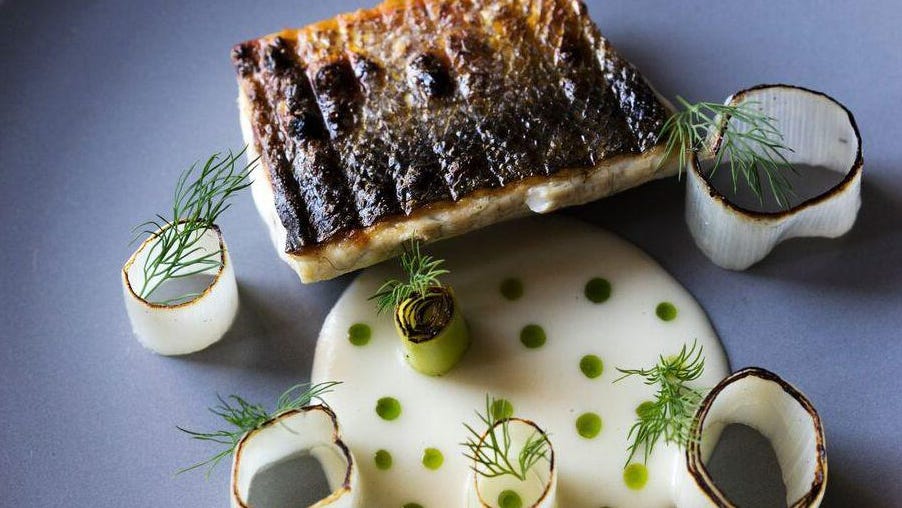 When Nina Compton, the James Beard Award winning chef of New Orleans’ Compère Lapin and Bywater American Bistro, sets up shop at Malliouhana, Auberge Resorts Collection in July, she’ll be returning to the Caribbean, the region of her birth, although to Anguilla instead of St. Lucia. For a month, from July 22nd to August 19th, she’ll be the headliner of the resort’s “Flavors of Malliouhana,” a series that started with chef JJ Johnson in March and is intended to reflect the island’s rich culinary traditions combined with a guest chef’s singular focus. She’ll be on property the first three days, doing immersive events and cooking demonstrations with dishes such as ricotta gnocchi with jerk summer corn and tomatoes; her dishes will then remain on the menu for the rest of the month.

It’s an honor to be partnering with Malliouhana, Auberge Resorts Collection,” said Chef Compton. “Having grown up in St. Lucia, where I initially discovered my passion for food, it is an honor to bring my skills back to the Caribbean. I’m excited to partner with Malliouhana to create a memorable menu that not only remains true to my roots but also provides creative twists to some Anguillian classics.”

By creating this series, part of Auberge Resorts Collection’s Taste of Auberge, the hotel group is responding to the growing interest in culinary travel the last few years fueled, according to recent studies, by the increase of food experiences on social media largely by food enthusiast millennials, the rise in discretionary income and proliferation of food festivals. So, a little cross pollination of bringing chefs from other cities in to create their signature dishes with local ingredients and influences, often alongside the resort chef definitely adds to a resort’s appeal. Guests obviously benefit from experiencing the cuisine from in demand restaurants without traveling to that destination and trying to get a reservation.

Just before Nina Compton’s stint at Malliouhana, from July 13th-16th, Tyler Cole’s inventive restaurant Uchi which originated in Austin and now also has branches in Denver, Dallas, Houston and Miami is taking over the Prospect restaurant at Aspen’s Hotel Jerome, Auberge Resorts Collection to showcase his out of the box takes on Japanese cuisine. Also in July, from the 1st to the 10th, New York’s creative, secret cocktail bar Please Don’t Tell is taking over the bar and culinary destinations within Etéreo, Auberge Resorts Collection on Mexico’s Riviera Maya mixing Mayan influences and distinctive urban mixology.

Diners hoping to score a table at San Francisco’s perennially in demand Saison known for its impeccably sourced ingredients, wood fired cooking and creative $298 tasting menus can get a glimpse of the restaurant’s two star Michelin creations at Commodore Perry Estate, Auberge Resorts Collection on November 4th and 5th. The chefs will be working with local ingredients from the property’s Austin location, conducting a fire cooking workshop and multicourse dinner accompanied by the unique fermentations foraged and created by the restaurant’s team. Also in November, on the 26th, Mexican and New Mexico cuisine will fuse with a collaboration between chef Jorge Vallejo of Mexico City’s Quintonil, a regular on the World’s 50 Best Restaurants list, and Executive Chef Pablo Peñalosa of the restaurant Skyfire at Bishop’s Lodge, Auberge Resorts Collection in Santa Fe.

Another upcoming collaboration promises to deliver not just an assortment of different flavors but also health-encouraging benefits. Hacienda AltaGracia, Auberge Resorts Collection, the wellness retreat near a long life Blue Zone in Costa Rica, is welcoming chef Shennari Freeman of New York’s Cadence, named one of the best new restaurants of 2021 by the New York Times. Guests can learn the keys to the restaurant’s plant-based Southern soul cuisine with wellness and sustainability as a focus in curated dinners, a cooking class and holistic health workshops. All will be held from July 7th-17th.