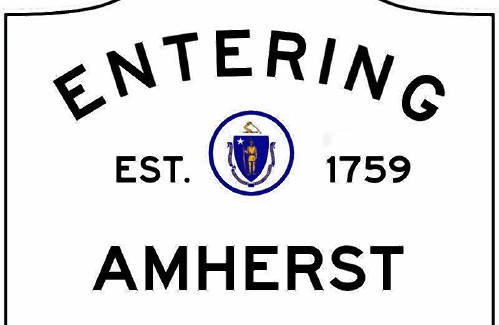 AMHERST — Musical and theatrical events, visual artists and programs focused on the natural environment are among the 65 recipients of $61,475 from the Amherst Cultural Council.

Matt Holloway and Julianne Applegate, who lead the council, recently announced that Amherst Ballet, Amherst Cinema, The Hitchcock Center for the Environment and Gallery A3 will be receiving grants. In addition, the Amherst Business Improvement District received money to cover the costs of signs for The Drake venue created by artist Kamil Peters.

Other projects funded include Maitreyee Chakraborty’s “East Meets West — Tagore and Dickinson,” Pamela Tillis’ “In the Spirit and the Flesh: The Cultural Legacy of Dr. Frederick C. Tillis,” and Jennifer Bajorek’s “Look and Feel: Senegalese Graffiti Artist Residency and Exhibition.”

State Rep. Mindy Domb said in a statement that she appreciates the programs that will be funded. “I am particularly excited about the ways the local cultural council has dedicated funding to ensure accessibility to programs by specifically funding measures to increase accessibility to arts and culture programs for people living with disabilities,” Domb said.

Amherst town officials are seeking input and participation from residents as the budget season commences.

At Monday’s joint Town Council and Finance Committee meeting, starting at 5 p.m., a hearing will be held on the nearly $90 million spending plan presented earlier this month by Town Manager Paul Bockelman, with the public invited to offer comments during the live Zoom session.

The following day, May 17, the town will hold what is being dubbed an all-day “ask me anything” event in which Finance Director Sean Mangano will field questions through social media, Facebook, Twitter and Reddit, as well as the Engage Amherst website.

The idea, said Brianna Sunryd, the town’s communications manager, is for Mangano to respond to inquiries at some point during the course of the day, whether posed at 3 a.m. or 10 p.m.

Then, on May 20 at 10:30 a.m., Bockelman will hold a virtual Cuppa Joe with Mangano where people can ask live questions. That event will also be recorded. The Town Council will vote on the town, school and library spending in mid-June.

A longtime Amherst resident who served for 28 years on the Amherst Redevelopment Authority and was instrumental in the planning that led to the Boltwood Walk projects that include the Bangs Community Center and the Boltwood parking garage, recently died.

Margaret “Peggy” Roberts died at home at the age of 94 on April 24. Roberts, who also participated in projects to envision Sweetser Park and Kendrick Park, was a member of Town Meeting for over 50 years and was also active in the Amherst League of Women Voters.

She served on the inaugural redevelopment panel in 1974, departing that in 1996, when she also retired as a biology lab instructor at Mount Holyoke College. Roberts had been on the Center School Complex Committee that preceded the creation of the redevelopment authority.

Lyudmila Pitts, an Amherst Regional High School junior, has received a scholarship to continue her high school education at the UWC Thailand.

The daughter of Paulina Alenkina and James Pitts, Pitts was among 59 students in the United States selected for the merit-based Davis Scholarships.

UWC is an international high school for 16- to 19-year-olds with 18 campuses worldwide. Its mission is to unite cultures through education, creating a peaceful, sustainable world. It also offers an International Baccalaureate.

The Amherst Area Chamber of Commerce is hosting an open house for the Chartered Alternative Investment Analyst Association’s 20th anniversary and new location celebration to be held May 18 at 11 Amity St.

The open house begins at 3 p.m. with tours of the new location and an opportunity to meet the CAIA team. A ribbon-cutting is at 4 p.m., with refreshments and hors d’oeuvres to be served. To RSVP, send email to cdvorsky@caia.org.

“Grown in Hadley” T-shirts, along with caps, tote bags, pins and History of Hopkins books are being sold this spring to benefit the Edward Hopkins Educational Foundation.

The items will be available during the town election at Hadley Senior Center on Tuesday, the gazebo in front of Hopkins Academy during the Memorial Day parade, and at the June 4 Asparagus Festival.