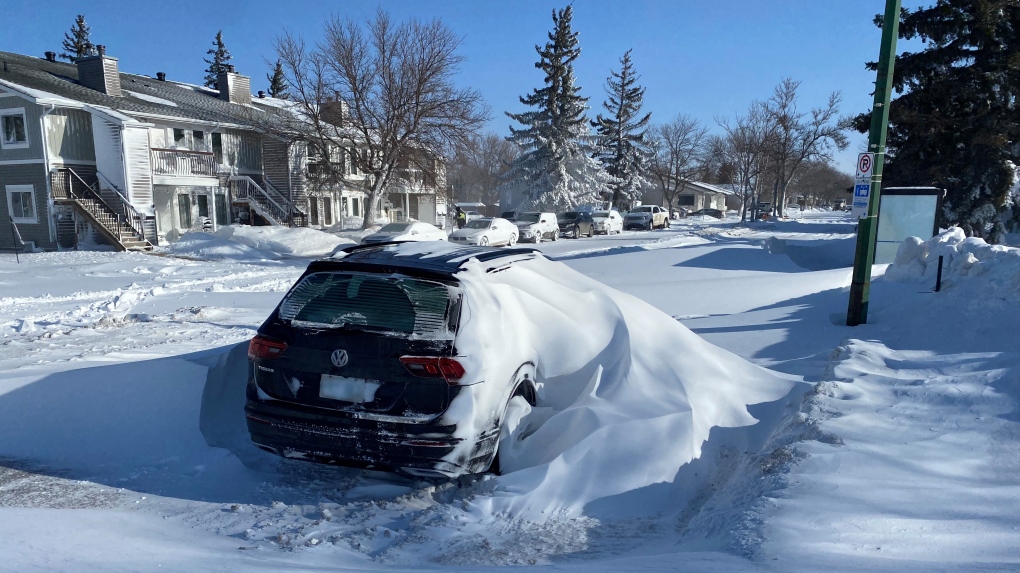 The City of Regina has 50 pieces of snow clearing equipment prepared to roll out during a storm expected at the end of this week.


“That cycle continues throughout the storm throughout its completion. Once the storm is complete, we will enter into a systematic plow if we receive more than five centimetres of snow,” Bien said. “That’s when we systematically plow the city streets, categories one to four, until completion.”


CTV Meteorologist Bradlyn Oakes said 10-20 centimetres of snow could move into the city between Thursday and Friday.


“If we get to that top end, we could see more than our average amount of March snowfall just in this one system. Typically in March we see 18.8 centimetres of snow,” Oakes said.


Snow is the story to end the week as an inverted trough impacts south Sask. There is starting to be more certainty with this system with 10-20 cm likely for Regina. Snow starts in the west and pushes into YQR Thurs aft through Sat with heaviest amounts on Fri. #SaskWX @CTVRegina pic.twitter.com/R3tkU3kbk4


So far this winter, Bien said crews have had to deal with more snow than average. He said in a normal year the city receives about 60 centimetres of snow. This year there’s been about 70 centimetres so far.


“We’ve experienced more wind events also,” he said. “So not only accumulations, but the snow blowing into the city on the perimeters or around any open areas.”


This means the city has paid more for clearing efforts. Bien said so far this winter, the city has spent $8.1 million.


“[In] previous years we haven’t spent as much, granted we have received double or triple the amount of snow than we have in the last couple of years,” Bien said.


Although it might be a headache for some people shovelling, members of the agriculture industry are welcoming the added precipitation.


The Agricultural Producers Association of Saskatchewan (APAS) said farmers are “cautiously optimistic” about what the next few months might look like.


“The snow accumulation we have this winter, particularly in the east side of the province, is lending a lot of optimism in the farming industry that going into spring seeding we’ll have adequate moisture,” Bill Prybylski, the vice president of APAS, said.


Prybylski said conditions have been abnormally dry over the last few springs due to lack of winter precipitation. He said subsoil moisture has been dwindling as a result.


While snow is a good start, he said rainfall will be crucial throughout the warmer months.


“It’s going to depend what happens between now and seeding time,” he said. “We’re going to need some good, timely rains throughout the summer to continue that growth.”