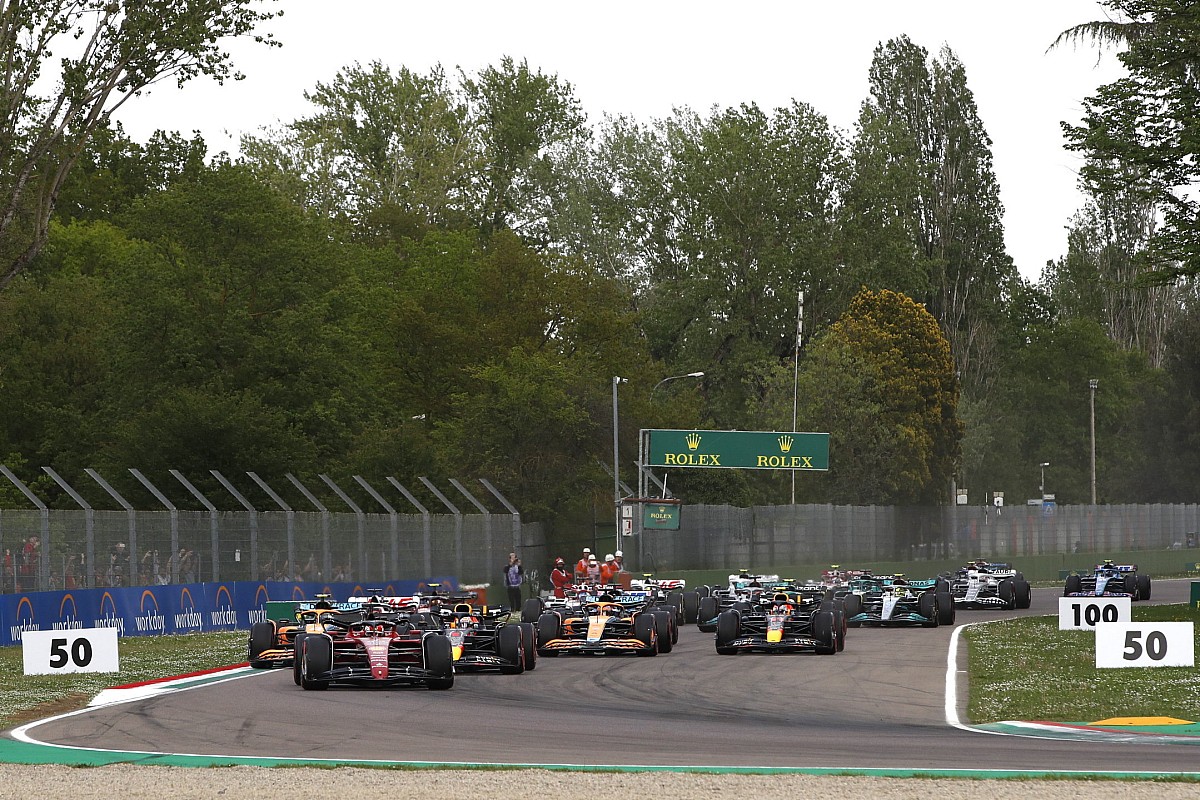 Brawn originally wanted to hold six events this season, but after a debate with the teams about the potential cost of damage within the constraints of the budget cap it was agreed to stick with three sprints, as was the case last year.

However sprints are one of the items on the agenda of Tuesday’s meeting of the F1 Commission, where an increase for next year will be discussed once more.

Brawn is hopeful that he can convince the teams to agree with the plan.

“On Tuesday we want to discuss increasing it to six, so we’d like to have six races next year,” said Brawn.

“I think [the teams] can see the success and I think we didn’t know quite where we were last year with the old cars, but I think they can see the way this is feeding into the new cars, and the philosophy of the new cars.

“So I’m optimistic that they’ll all see the value in it and what we’re giving the fans. I think the thing you should always remember about the sprint is it gives you a great Friday as well. We have qualifying on Friday, three days of action for the fans, so we can’t ignore that.”

Brawn says the priority next week is to agree on a number of sprints for 2023, rather than discuss any changes to the format.

“Well, I think if we try and implement too many changes, what I’d like to do is at least get six races settled. And then after these three races, we can see if there are some format developments we want to do. But I’d like to just move on to six races, get that bedded in and settled.

“And then if there’s any format changes that we feel are worthwhile, then we can consider those.

“The six races needs to pass on a simple majority. Any format changes in the future, would have to pass on a supermajority, so eight teams will have to agree. So, I think the important thing is to get the simple thing done first. And then there may be scope in the future for evolving even further.”

Brawn says this year’s switch to points for the top eight rather than top three sprint finishers was a positive move.

“I mean, obviously, that’s why we did it, to make it more valuable, to make it more attractive further down the grid. So I think the great thing is we’re doing this through race trial again, to see how it evolves.

“I think we can apply to other changes in format or other developments in the sport, where we can take a small number of races, and evaluate the change and see how it works. And I think it’s a great way of moving forward.”

Brawn insisted that Saturday’s event at Imola, which saw Max Verstappen pass Charles Leclerc for the lead in the closing laps after the Ferrari driver suffered tyre graining, showed the value of the format.

“I think as we all know, racing drivers are racing drivers. So any thoughts they were going to take it easy for the race, I don’t think was the case. I think we were fortunate, and the tyres were perfect for the sprint race, because they started to degrade.

“And of course, in a normal race, you would have had the driver coming into the pits, changing the tyres, it all comes down to strategy. But we had one shot at the race and the drivers had to make the tyres last.

“We’ve demonstrated the cars can follow. You may say it was DRS, but you can’t use the DRS unless you get on the back of the car. So I think overall, it was a great success.”