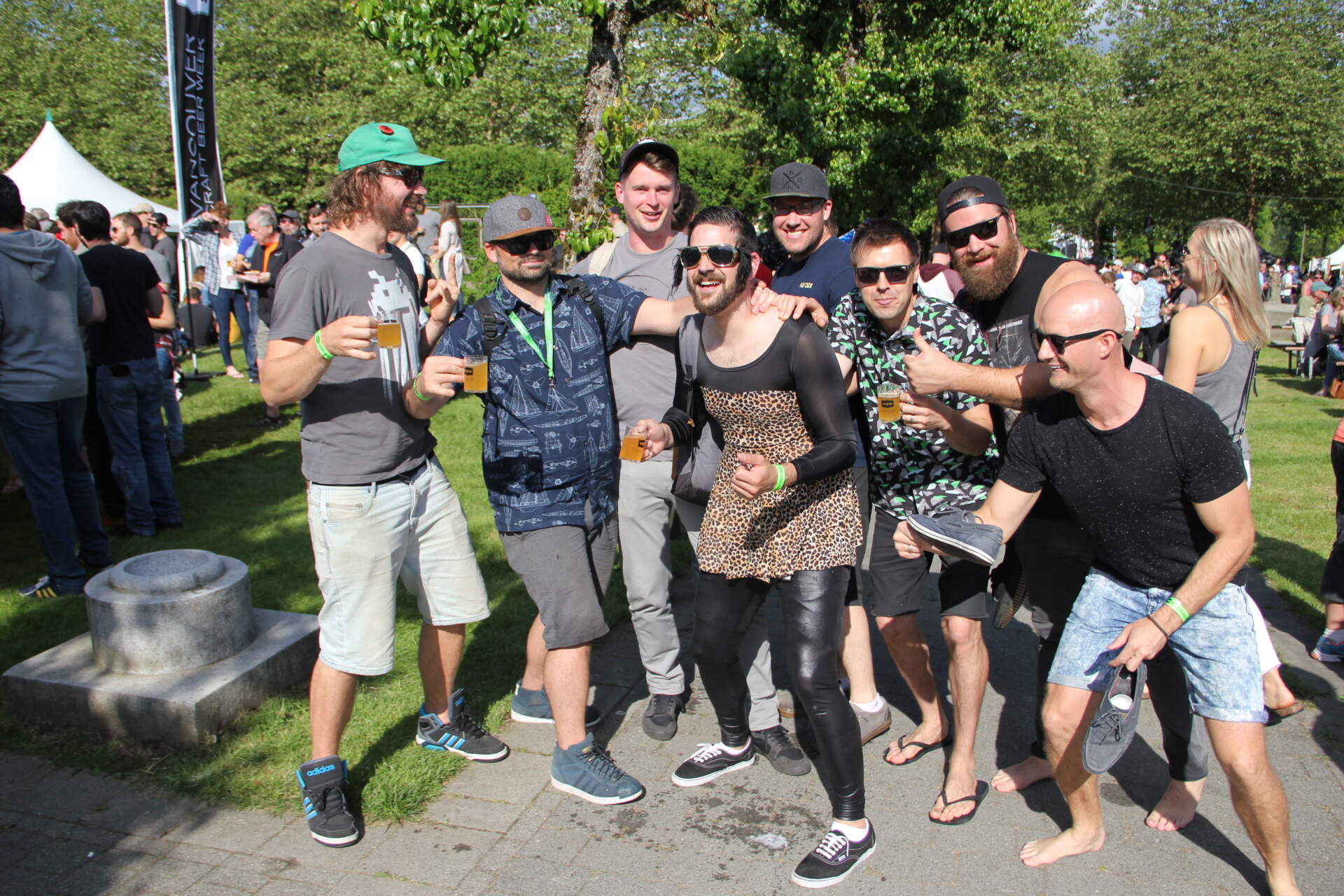 It was back in 2010 that Vancouver Craft Beer Week first took the Lower Mainland beer community by storm. As the years passed, the crown jewel of the Week solidified as VCBW Festival, which grew to become one of the larger beer events in Canada.

What’s new? For one thing, after ten years of producing Vancouver Craft Beer Week, the original festival organizers have stepped back and a new event production company is marking its debut VCBW Fest.

Also, there are a number of ways that the event planned for 2022 has grown over the past year of planning. We connected with new Festival organizer Adam Bloch—veteran producer of Hopscotch Festival since 2006—for a peek at what it was like to manage VCBW’s transition, and what’s coming in July. Spoiler: more than we thought.

Q: After two missed years, this year’s event will be the 11th annual VCBW Festival. How are preparations coming along; any major snags so far, and are you getting much sleep?

As you know, during the pandemic VCBW changed management and we, the new team, are producing this event for the first time.

Preparation is coming along better than we ever expected. When doing anything of this nature for the first time, everything is a learning experience. Learning about the culture of the community, the history of this event, what people loved, what they didn’t and so on has been a trip. But now, 12+ months into planning, the Festival is quickly approaching and we have put together such an incredible event.

There have been no major snags; just an immense number of hurdles and challenges, but that was expected. What we do as producers is literally making sure the train follows the tracks, and when challenges arise along the journey, we figure out solutions. As for sleep, I think I got some in, like, April?

FEASTER is an amalgamation of so many trusted events within BC. We specialize in liquid-to-lips, which is the way beverage companies market their products—by having people sample and learn about them.

Our events (Hopscotch Festival, The Cup, Harvest Haus, VCBW and several others) have all been around for so many years (Hopscotch turns 27 this year!), and FEASTER was created to have a trusted brand that overlooks all of them. FEASTER also produces other projects that are not events, but based in the same space, such as Beer Box.

Q: The craft beer community learned about the change in VCBW management back in June 2021, at which point there seemed to be no end to the pandemic in sight. How did it feel to invest in an event while there was no guarantee it would be able to take place?

If I were to explain the emotional rollercoaster of being an event producer during the pandemic, it wouldn’t be too enjoyable of an interview to read. As it was extremely difficult to be in the event game during the pandemic, some events ceased to exist and some companies went out of business.

A year into the pandemic, there was hope we’d be able to bring events back to the people. It was slim, but it was there. We knew that if we didn’t plan for the events but were then permitted to produce them, there’d be no chance to catch up, as each event takes over six months to plan. So, we worked on events for the entire second year of the pandemic, with nothing to show for it.It was basically being on a hamster wheel with endless amounts of work, and no ability to complete it. I don’t wish that on anyone.

Q: Given that you have an events background, there might naturally be an impulse to rework your first VCBW a bit in the vein of what you’ve previously done. How much have you tried to retain the essence of prior VCBW Festivals?

In the case of VCBW, the former management team did a fantastic job but they were ready to move on to other things. We had known them since before VCBW started, and had watched them grow it during the 2010s, which they did so well. When they approached us to take it over, we were excited to do so, but needed to decide what we could bring to this event to make it even better than it was.

And after several weeks of strategizing and brainstorming, we figured we would continue producing VCBW as the amazing craft beer festival that it has been, but hybrid it into a small music festival as well. By doing so, we felt it would open its gates to such a larger demographic of beer drinkers, as now it would no longer be just for the beer–obsessed. By doing so, we took the first step to reaching our goal of turning VCBW into one of the largest craft beer festivals in the world, and making it an anchor event of the Vancouver landscape.

Q: Fortunately at this point it looks like the waves of COVID have subsided. Have you started to breathe easier about that aspect yet?

Q: You folks recently mentioned that regular two-day passes had sold out, but you then decided to re-release a limited amount of them for sale keeping the lower tier price of $49. That seems like a great deal while it lasts. Given that this is only $9 more than a Saturday standalone ticket was selling for, is this economically feasible for you?

Nope. Everything we are doing (low prices, ridiculous stupid low priced 2-day passes) is an investment into the future of this event. We are aiming for 15,000 attendees (and on track to get there) and have kept the prices low to incentivize people to come check out this event. We know that if everyone takes a chance on us, they will be hooked. Everything about this event—the breweries, the bands, the food, the production—is on an entirely new level this year.

At the time of writing, we are about to sell out of the 2-day VIP tickets so if you are looking for those, I would jump on it now as they won’t be re-released.

Q: We notice that Sunday tickets are offered at a lower price than Saturday. Another good deal. Is that helping balance out the sales for the two days?

Tickets are released in tiers for most of our events. The earlier you purchase, the better price you are going to receive. Sunday tickets are selling exceptionally well, but Saturday will forever be the best day of the week for ticket sales.

Q: Under the previous management, VCBW had spawned some satellite events, not only during the original Week but during other times of the year. Did any of that come up during planning?

Because of how big of an endeavour we are taking on with VCBW, we made the decision to hold off on Satellite Events and focus all our energy into making sure the large weekend is at 110%.

Q: This year, VCBW will be leveraging technology to go cashless. Which events have you used the RFID wristbands at before? What are the bugs that you had to work out?

Ask me the same question after VCBW and I will have an answer for you, LOL! This is our first time doing it, but we have worked endlessly with the company that is behind it. They will have a massive team onsite making sure it is running perfectly. We are SO excited to implement this into VCBW this year.

Q: At this point, can you still use more volunteers for VCBW Fest?

100%. Anyone who wants to volunteer should visit: volunteer.vcbw.ca

1) The event itself: SOOOOO many people have worked SOOOO hard to get this show off the ground. I can’t wait to see all of our work be put together into one seamless work of art.

2) Half Moon Run (band): HMR has such an incredible sound and vibe and they are going to crush it this year at VCBW. Really excited to see them for the first time.

3) The Beer + Cider: The quality of the beer is amazing this year. Working with all of the breweries has been so enjoyable, and finding the best ones to bring into the show to make it the best experience for attendees has been great. I can’t wait to taste some of them (once the show is over).

4) The People: I can’t wait to people-watch.

5) The Food: The food this year is INSANE. Between the chef pop-ups and the food trucks, I am personally going to arrive starving so I can try as many vendors as possible. That said, I STRONGLY urge guests to eat before they drink to avoid intoxication. (Although our event is based around beer, intoxication isn’t allowed!)

Speaking of vendors: we couldn’t have put this event on with such affordable ticket prices without the help of our sponsors. I would really like to thank Go RVing for coming on as our Presenting Sponsor. Also, Stanley Park Brewing stepped up in a big way to sponsor the Sunsetter Stage.

To our other sponsors like Miles End Motors, Yeti, UBC Properties and Castillo Cheese… thank you. And lastly, I wanted to thank the BC Government for their Tourism and Recovery Grant. It has been a massive help for us to bring back this event in a whole new way, and with such a low cost to the attendees. Honestly, without all of the above, ticket prices would be $100 or more!

Brother Ali returns to Fargo Brewing for an outdoor show

Singer/guitarist Damien Jurado will also play The Hall at Fargo Brewing on June 2. The prolific artist just released his 20th album in 25 years, “The Monster Who Hated Pennsylvania.”

. The event brings a number of taco vendors to set up food trucks and tables to sell food. Margaritas and specialty Fargo Brews will also be available to purchase.

The event also includes a hot sauce challenge and Below Zero Wrestling. 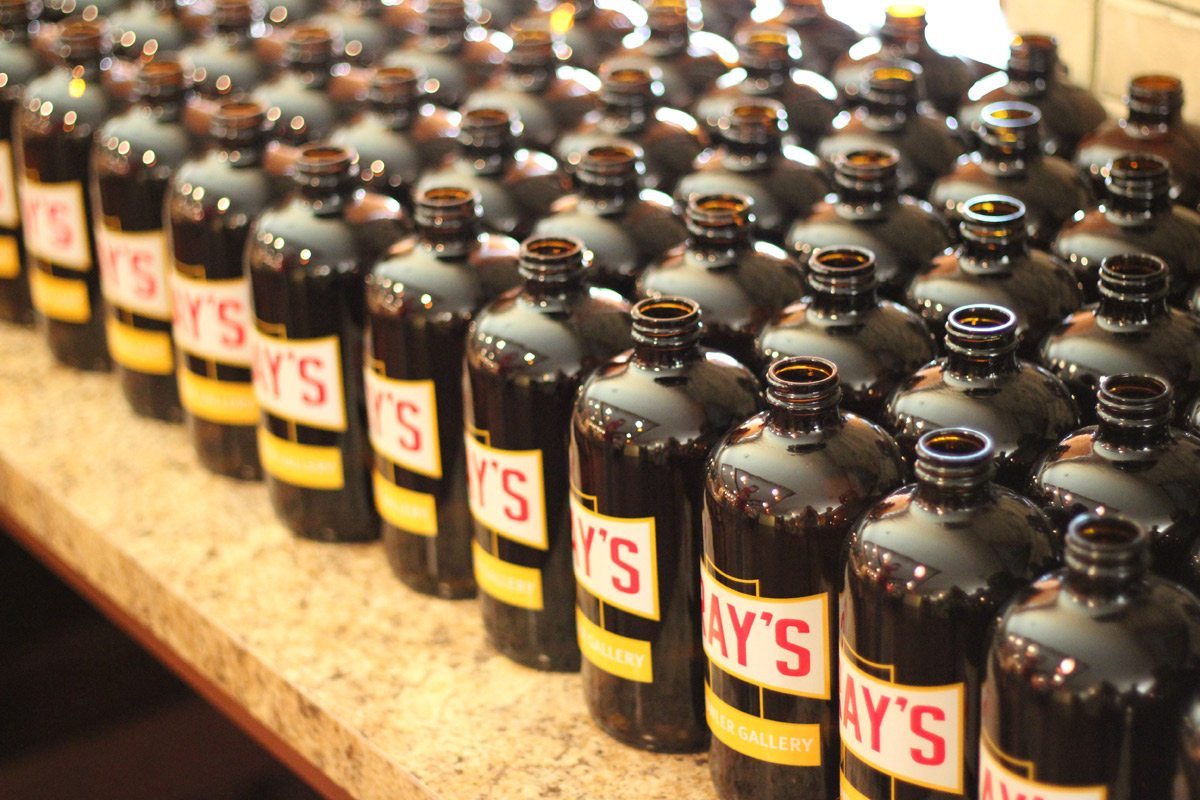 Third Space Brewing (1505 W. St. Paul Ave.) is releasing Double Dip, a dip-hopped double IPA. The brewery describes it as being loaded with notes of citrus, stone fruit and pine. Sounds good to me. The beer is extremely limited, so get there at 4 p.m. to ensure you get some.

Learn what makes Central Waters Brewing tick at Behind the Beer, hosted by Ray’s Growler Gallery (8930 W. North Ave.). Cost is $25 and the event runs from 6:30 to 8 p.m. Central Waters founder Anello Mollica will be there with Central Waters Milwaukee head brewer Brendan Williamson. There will be a few new cans of Central Waters brews and taps like Black Gold barrel-aged imperial Stout.

We’re honoring the individuals and organizations who have invested their energy, talent, and resources to make our city more equitable and inclusive for all on March 3 at the Latino Arts United Community Center.

Supermoon Beer Company (3145 S. Howell Ave.) will have its taproom open over the weekend for the release of Punchbowl Melange, a blended farmhouse ale aged in French oak with raspberries and tart cherries. Preorder is available now. Pickup hours are noon to 7 p.m. on Friday and Saturday.

Restaurant To Be Named Later (1 Brewers Way) is hosting a beer dinner with Atwater Brewery. The four-course dinner starts at 6 p.m. and costs $75.

YogaSix Milwaukee hosts Bend and Brew at Indeed Brewing (530 S. 2nd St.) from 10 to 11 a.m. The event is free and you get $1 off of your first beverage after the workout.

Wückfinter returns to the parking lot at Ray’s Wine & Spirits from noon to 6 p.m. Sure the winter  event includes food and music, but the beer list is why you need to be there. Nearly 30 brews from Three Floyds and WarPigs will be available, including a few barrel-aged rarities.

Learn how to make needle felted landscapes and enjoy beer while you’re doing it. Gathering Place Brewing Company (811 E. Vienna St.) hosts the Crafts & Drafts workshop from 3 to 5 p.m. Cost is $35 and includes a free beer.