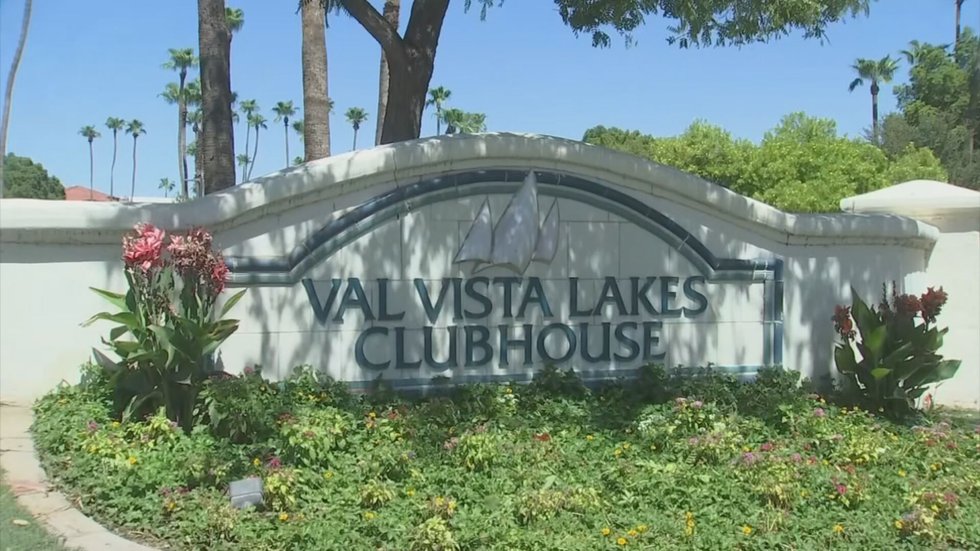 GILBERT, AZ (3TV/CBS 5) – A bride-to-be is scrambling to re-plan her wedding after she was notified her venue is no longer hosting events starting at the beginning of next year.

“Yesterday, I got a phone call from the general manager of Val Vista Lakes telling me they were canceling all events after January 1st, 2023, and they said it was because of legal reasons,” said Amy Greco. “It’s not actually the HOA company. It’s actually the HOA board members that are voting against having the events there. The only thing that I could think of is that they want to host events there themselves and maybe because Val Vista Lakes is such a popular venue, they’re not able to do so. Which is fine, but I feel they should honor my contract.”

Greco said she wanted the venue so badly that she booked her reservation in August 2021 for her wedding in March 2023.

“Since I moved here in 2006, I wanted to get married there mainly because of the lake and the views there. Because of the docks, it reminded me of my hometown in Long Island,” Greco said. “It was a must for me. That was the first thing that I booked, and then I kind of built the wedding around that.”

Val Vista Lakes said in an email to Greco that she would be returned her $1,000 deposit. However, Greco said she doesn’t know what will happen to her vendors.

“It’s kind of like build your own wedding. So it’s up to me to pick all of my vendors and book them and put it all together,” Greco explained. “I have everything booked. I have my caterers booked, I have the bartender, invitations are sent out, there’s a hotel room block already booked, RSVPs are already coming in. If I were to have to go somewhere else, I don’t know that I can bring my vendors with me, I don’t know if they can refund me the deposits. I don’t know what’s within my budget anymore. It’s all kind of ruined.”

Greco said she wanted Val Vista Lakes as her wedding venue before meeting her future husband. She’s hoping there’s still a way to make it happen.

“The general manager from Val Vista Lakes, or the HOA company, had called me and said that there is a loophole and if I find any resident in Val Vista Lakes that will sponsor me for my event, I’m still able to have it,” Greco said. “But I don’t know anyone that lives in Val Vista Lakes because I’m all the way here in Phoenix.”

Arizona’s Family reached out to the vice president of Val Vista Lakes, but we have not gotten a response.