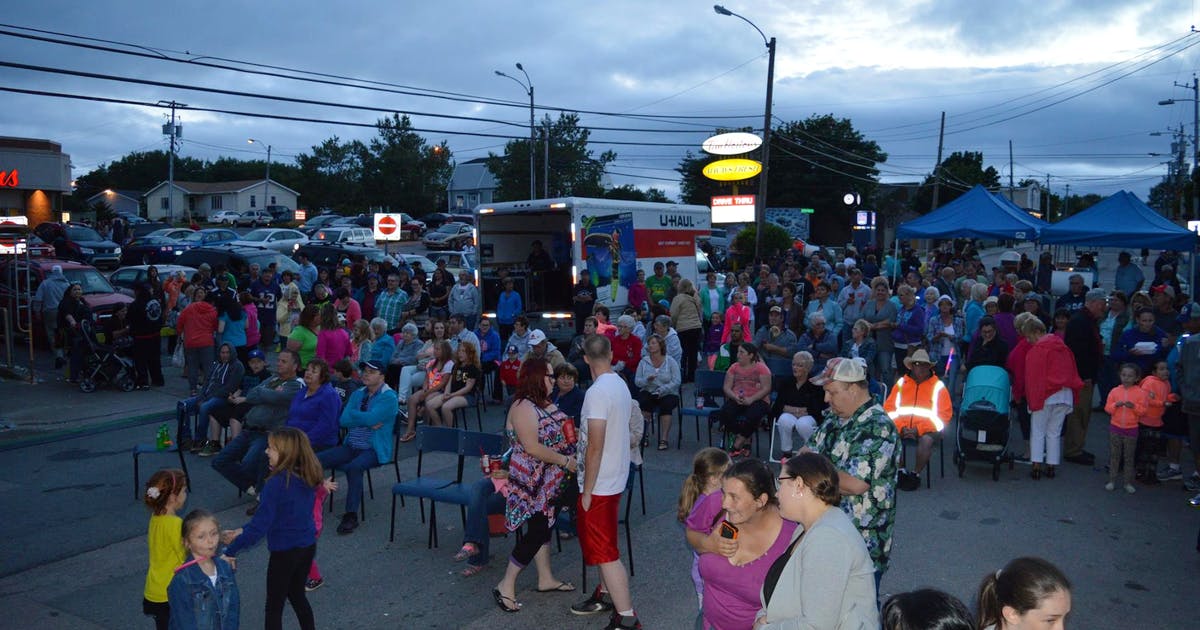 A sense of community.

It’s one way to describe the importance of the annual New Waterford Coal Dust Days Festival each year. From seeing old friends at events to having a reason to come home, the festival has a purpose for current and former residents.

However, there hasn’t been much to celebrate over the past two years in the community. Like all festivals, the Coal Dust Days committee was forced to cancel their festival in 2020 and 2021 due to the COVID-19 pandemic and provincial restrictions.

With restrictions lifted and the province now fully reopened, the Coal Dust Days Festival is set to make its return next week with weeklong events kicking off on Monday in the community.

Joey Lever, board member for Coal Dust Days, said the committee is excited to be back and ready to move past the pandemic-related cancellations.

“We think the community needs this back,” said Lever. “It’s a chance to be together again after two years of being stuck at home and it’s a chance to gather and celebrate.”

This year will mark the 37th edition of the Coal Dust Days Festival. After being off the past two summers, Lever admits there’s been a bit of an adjustment period preparing for the festival.

“It’s more about getting our heads around it again,” said Lever, noting the committee began planning for this year’s festival in February.

“You roll it out the same way every year. There’s a blueprint for Plummer Avenue Day and the car show and we have great partners with the Cape Breton Regional Municipality and volunteers who also help us along the way.”

The festival will feature both committee-organized and community-hosted events, running until July 24.

One of the larger events organized by the committee is Plummer Avenue Day, which will feature local vendors, entertainment and games on the town’s main street on Thursday. The event runs from 11 a.m. to 5 p.m. and will finish with a concert from 7-10:30 p.m. featuring Hearts of Kin and Cherrybomb.

Lever confirmed vendor spots are almost sold out. He anticipates this year’s Plummer Avenue Day to be a record year.

“If we have the weather, we’re expecting great crowds and everyone to be out,” said Lever. “It’s a great event for people to bump into each other and see people that they haven’t seen in a while and just get out on the main street where they may not have had that chance in a little while.”

‘It ran its course’

Among the events not returning this year is the Coal Dust Days Tavern Tour, which was one of the more popular attractions when the festival first began for both participants and local establishments.

Lever said there were several reasons for the committee discontinuing the event.

“The crowds have been down the last couple of festivals, a lot of people weren’t attending and that was a big reason for it,” he said. “I think the committee and the bars have dealt with a lot of underage drinkers and stuff, so it was really hard to keep a handle on it and make it safe for everybody.”

While it’s too early to confirm, Lever doesn’t anticipate the committee running the event in future festivals, but it’s not to say a tavern tour won’t happen.

“I don’t foresee the committee planning that event anymore – I think it ran its course,” said Lever. “There’s community-organized events, so if a community group wanted to host such a thing they could put it in the brochure.”

The festival will also not include a parade this year. Lever said the committee removed itself from parades in 2015, noting a community group had tried to organize those events in the past.

Some of the highlighted events for the festival include the Kay MacSween Memorial Walk the Loop at 9 a.m. on Monday at Rose Schwartz Park as well as the Family Walk-In Drive-In at 7 p.m. at the New Waterford and District Community Centre.

The annual antique and custom car show will be held on Tuesday from 6-9 p.m. on Plummer Avenue, while the Susan Coombes Memorial Teddy Bear Picnic and Sobeys Children’s Festival will be held on Wednesday from 1-4 p.m. at Colliery Lands Park.

The closing concert will take place on July 24 at Colliery Lands Park and will feature The Non Essentials Band, beginning at 7:30 p.m. Fireworks will take place at dusk.

Some events to look out for are listed below. For a full list of festival events, visit the festival’s Facebook page by searching New Waterford Coal Dust Days.