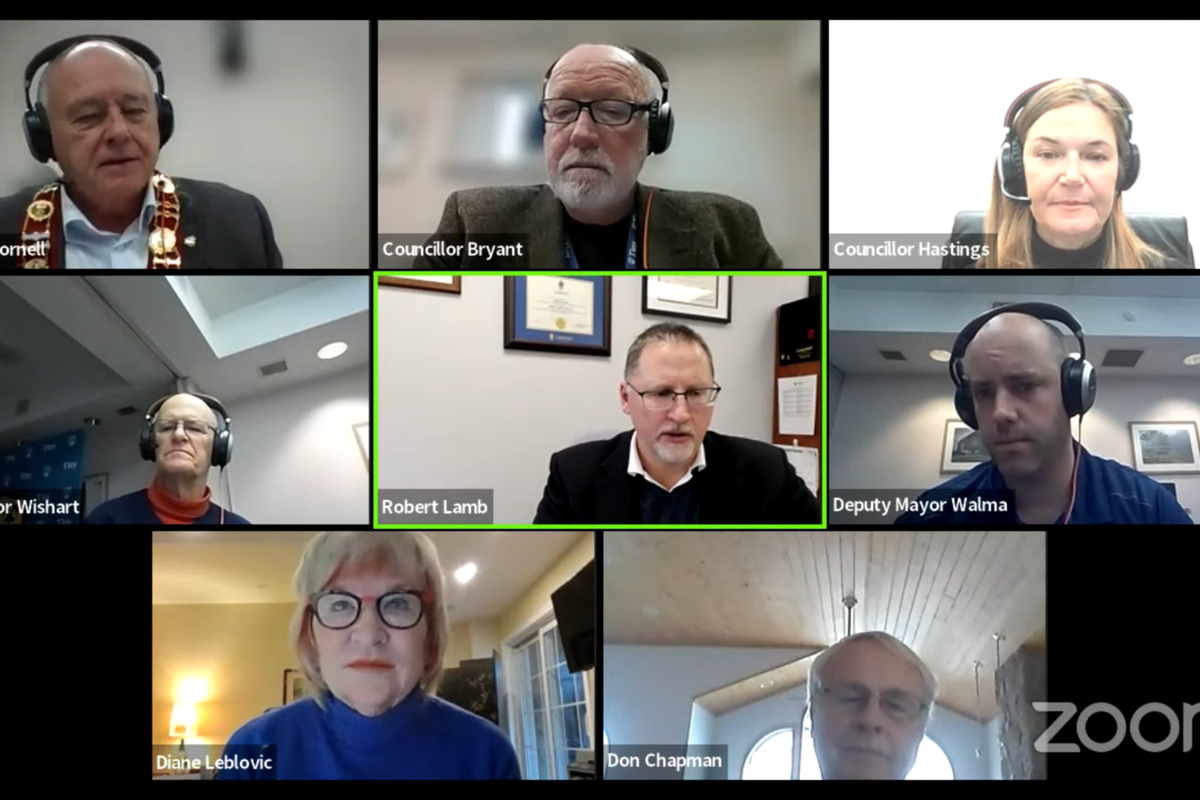 Chair Diane Leblovic of ‘Let’s Rock Together’ contacted MidlandToday to express frustration in the finer details of the project prior to the withdrawal of its 2022 application to Tiny Township.

Let’s Rock Together (LRT) is a charity event, which was proposed for this summer in Balm Beach as a celebration of relief from pandemic frustrations and as a fundraiser for Parkside Drive.

LRT was first pitched to Tiny council in late November as “an evening of rock & roll, food, and fun” for an older Tiny audience of up to 500 people, who would appreciate the musical tastes of local classic band The Desotos. A beer and wine bar was also being considered by Leblovic and project manager Don Chapman.

At the November council meeting, Mayor and George Cornell Deputy Mayor Steffen Walma were absent leaving three councillors and staff to handle the proceedings; the smaller council supported the event in principle but requested unprovided financial details from LRT prior to approvals in the 2022 budget discussions.

In December, LRT presented the financing to a full council, confirming that alcohol would be served and asking for in-kind support from the township as given in previous charity events like Leblovic’s successful Balm Beach Family Fun Day. Leblovic urged expediency to council in hastening the pre-approval of financial support, which Mayor George Cornell informed Leblovic would be a matter of procedure for January.

CAO Robert Lamb spoke up in the closing moments of that meeting to clarify matters.

“Those are important questions for council to understand from a liability and an ownership of the event perspective,” noted Lamb in advising why quick recommendations by staff were extremely difficult.

LRT responded that Tiny had signed responsibility for prior events, not acknowledging that those weren’t liquor licensed.

At council in January, a risk management report from staff recommended that LRT collaborate with a registered charity or not-for-profit organization, placing risks and liabilities with the third party.

Recreation director Bonita Desroches informed council that “a perfect partnership” did exist in the annual Festival du Loup event where council contributed support while the organizers signed on for all the risks; LRT would make Tiny take the risk.

Leblovic preempted council’s decision with an open deputation, insisting that the discussion of risk management and liability had not been introduced or addressed since planning had started in 2020. Council passed the staff recommendation.

“We’re very disappointed that, at the end of the day, they didn’t want to support us,” Leblovic told MidlandToday, insisting that CAO Lamb should have approached LRT before December and discussed risk management and liability issues instead of at the end of the council meeting.

“And then the other part of this is that the council… didn’t demonstrate the well-deserved level of trust and confidence in (Chapman and myself) by committing to partner with us. We think we deserve their level of trust by the things we’d done as volunteers!”

She said that over the last number of years, they had given $27,000 towards helping with Tiny’s playgrounds.

“And then I think they tried to shift all this risk and liability in their suggestions to another party, a registered not-for-profit. Okay? They just tried to shift it somewhere else,” explained Leblovic.

When asked if the LRT had lost any personal money, Leblovic said no and noted that it was time that was lost.

CAO Lamb was contacted for a response.

“The event, as proposed, did not follow what council-approved policies were. And council’s resolution was – they actually still supported the event, but they supported the event under the aspect of it being of us partnering with somebody that was a registered charity (and/or) not-for-profit as was our policy.”

In speaking directly to LRT, Tiny staff continued to raise the question of what partnering meant with the organization.

“In the end, partnering meant we’d be taking on all of the liability and the signing of the contracts, and the taking of the liquor license for the event,” said Lamb.  “(This is) not traditionally a role that the municipality would play, and not a role that we played in the other great events that the association put on in the past to raise money.”

Lamb remarked that Orillia had held downtown events in the early 2000s and that after three years their business management group decided to move away from those events due to similar risk management and liability issues.

“Because there’s still a personal name on the liquor licence,” he stated, adding “a lot has changed in 20 years.”

Throughout the conversation, Lamb repeatedly praised the volunteer efforts made by Leblovic and Chapman and looked forward to the potential for more efforts ahead.

“This was simply about the structure of this event and nothing more,” Lamb concluded.

Leblovic admitted that although LRT had withdrawn the event for 2022, there was still a possibility, albeit a low probability, of having a Let’s Rock Together party next year.

The Let’s Rock Together presentations, correspondence to council, and municipal policies relating to special events can be found in the January agenda on the Township of Tiny webpage.

Archives of council meetings are available to view on Tiny Township’s YouTube channel.