MYRTLE BEACH, S.C. (WMBF) – The Grand Strand Humane Society is hosting free adoptions over the next two weeks for those looking to add a new member to the family.

The shelter recently announced that it has no open cages remaining and are looking to get as many animals adopted as possible.

GSHS will hold adoption events for cats and kittens from 10 a.m. until 6 p.m. on Saturday and Sunday at the shelter’s location at Tanger Outlets off Highway 501, across from Carolina Pottery and behind The Uniform Outlet.

A separate event for dogs and puppies will be held on July 16 and 17 from 10 a.m. until 6 p.m. at the GSHS location on Mr. Joe White Avenue and 21st Avenue North in Myrtle Beach.

The events also fall as part of the annual statewide PickMe! SC campaign, organized by No Kill South Carolina and the Charleston Animal Society. The campaign runs through July 17.

Stay with WMBF News for updates. 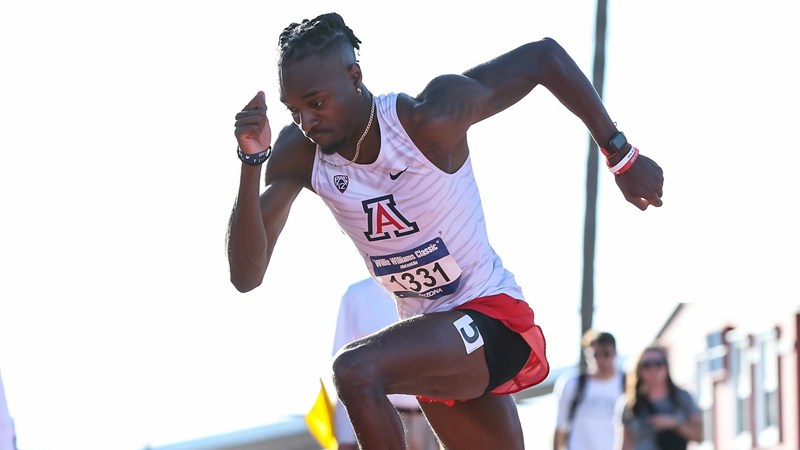 
TUCSON, Ariz. – Arizona Track and Field finish up their first day of the Willie Williams Classic with Wildcats capturing five first place finishes with a flurry of personal bests.

Calvin Wilson gave the Cats their first win of the day in the 400m hurdles with a first place time of 51.43. Trayvion White-Austin scorched the men’s 200m dash with a new PR of 20.89 to take home another event win for Arizona.

Neysia Howard carried her momentum from the indoor season into the first outdoor meet, coming in with a first-place finish and a PR of 23.68 in teh 200m dash. Jenica Bosko came in close behind with her own PR of 24.22 and a third-place finish.

In throws, Mackenna Orie captured the top spot in the shot put with a throw of 15.85m (52’0″). Ava David got to the podium as well in the women’s hammer throw with a distance of 54.47m (178’8″). Jared O’Riley added to the podium count with a second-place finish in the javelin. Jakob Chamberlin (61.90m) and Jaisen Brown (58.55m) gave personal-best performances in the hammer throw to both place in the top five. Chamberlin finished his first day of competition with a win in the discus with Zach Landa placing second.

The distance crew earned their first event win of the outdoor season with Iker Sanchez Lopez winning the 1500m with a time of 3:45.17 with his brother Ian Sanchez Lopez coming in right behind with a second-place finish of 3:46.08.

The jumpers made a big showing at Drachman Stadium. Reinaldo Rodrigues took home the gold in the men’s long jump with a huge PR of 7.75m, which is the eighth longest outdoor jump in school history.

White-Austin added his own PR with a second place jump of 7.44m. Razeen Khaldun rounded out the top-five with his PR of 7.12m. Jenica Bosko found the podium again on day one, placing second in the women’s long jump with a distance of 5.74m. Tiana Poirier-Shelton came in close behind with a fourth-place finish of 5.72m.

The Cats will return tomorrow at Roy P. Drachman at 9:00 a.m. with Tanner Kippes and Jacob Kauffman in the men’s pole vault. The running events will begin at 11:05 a.m. with the 400m relay.