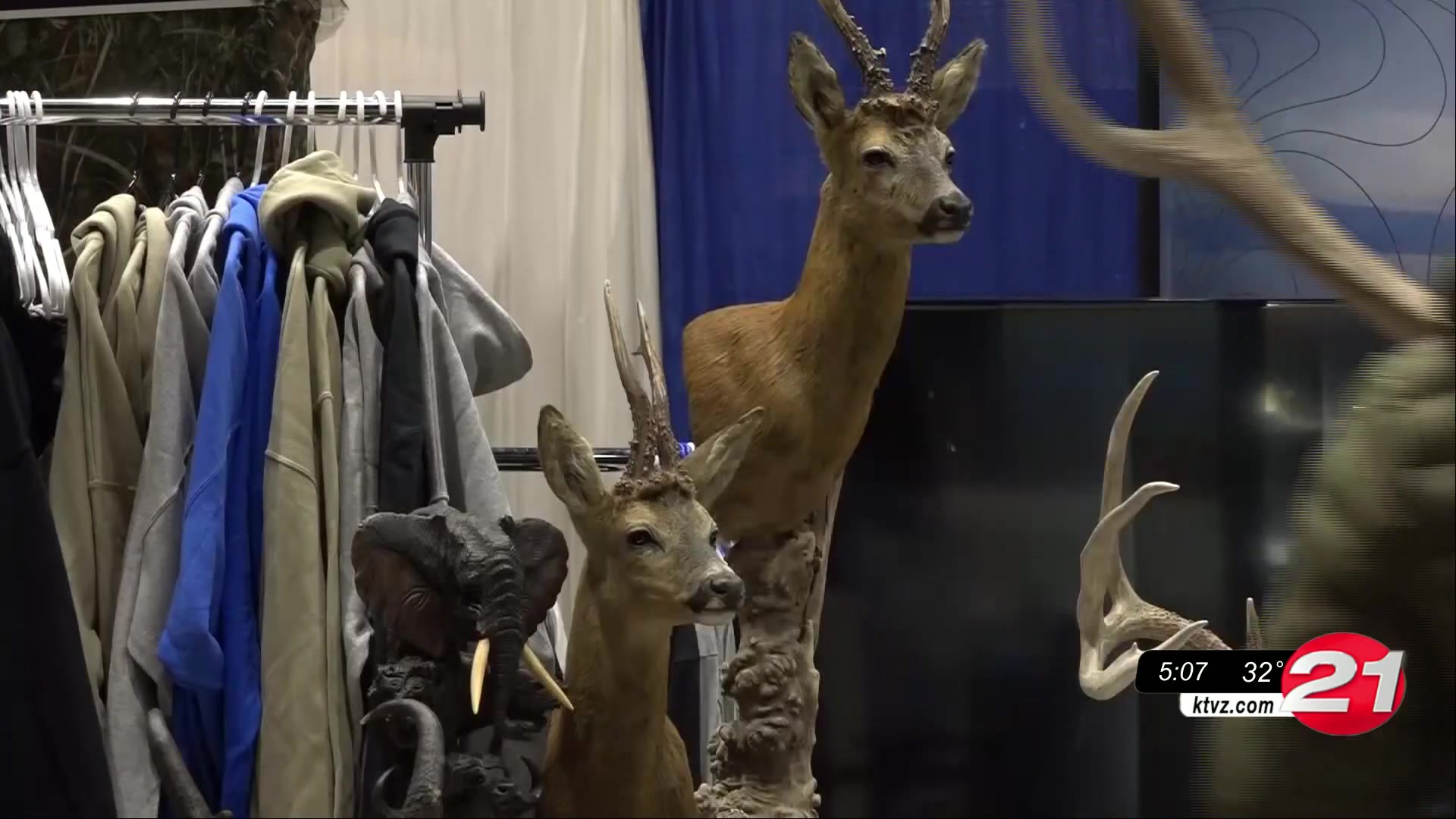 “It’s our own Disneyland, if you will,” Carskadon said Wednesday.

The four-day event takes place at the Deschutes County Fairgrounds and features plenty of various outdoor exhibits to shop from, as well as RVs, boats and more.

Carskadon said there are classic exhibits and some new ones.

“Most notable are the outdoor cooking demonstrations that are going on all day every day of the show,” Carskadon said.

He said award-winning barbecuers and grillers will be showing off their skills, and YouTube stars “Addicted Fishing” and “Born and Raised Outdoors “ will stop by as well.

“And really, the stars of this year’s show are the exhibitors and the exhibits,” after two years of COVID-19 issues, Carskadon said.

He said the entire arena will be filled with exhibits.

“Last year when we showed, it was really difficult finding exhibitors that were willing to come out and do a show,” Carskadon said.  “This year we’ve had — I mean, everybody’s very excited to be here.”

Kevin Lahart, a territory manager for Leupold and Stevens Optics, said he enjoys meeting the people of Central Oregon.

“It’s a great market out here for our products, and just talking to customers is the most fun,” Lahart said.

Kristy Titus, a Central Oregonian herself and a digital host for Pursue The Wild, said she looks forward to the event every year.

“Everybody loves coming to the Sportsmen’s Show. It’s the one big event in Central Oregon where outdoors men and women can come together,” Titus said.

Oscar Williams or “Moosie,” is the owner of Pak Jak, a company that designed a backpacking jacket with a removable back piece, to help with sweating while backpacking.

“And this is a great outdoor area,” Williams said of Central Oregon. “It’s really good just to be out and about and talking with people, seeing people, shaking hands.”

Carskadon said the Sportsmen’s Show and Central Oregon are a perfect match.

“This show fits this area so well,” Carskadon said. “They love to fish, they love to hunt, they love their outdoors. This is where they live, and it’s a big part of their lifestyle.”