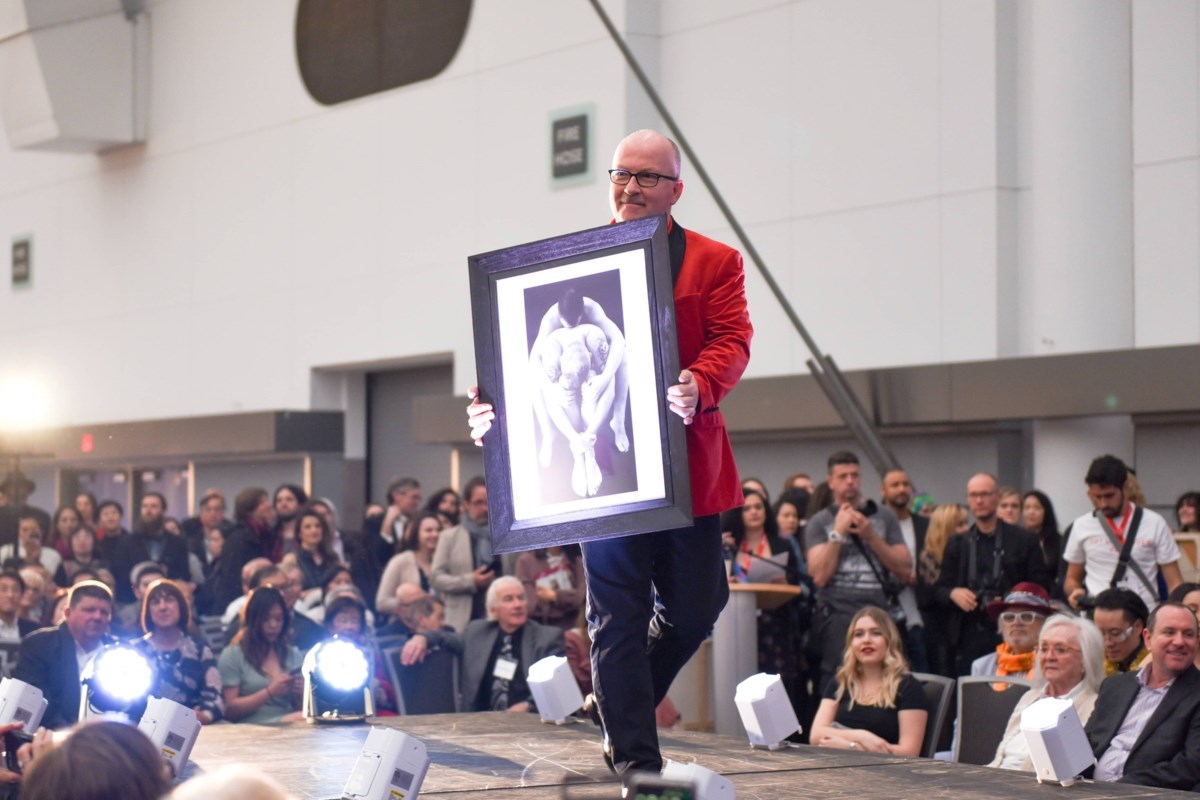 It’ll include live art competitions and a runway event.

Now Western Canada’s largest international art show is returning with a three-day event in the city’s downtown. The event, which includes parties, live paintings, tours and classes, will run from May 5 to 8 at the Vancouver Convention Centre.

There are also less typical events, including a runway show one night (where artists walk the catwalk like fashion models but carry their artwork to show to the crowd) and an eight-way competition that’s similar to a cooking game show, with a surprise box of supplies and an unknown theme.

“Art Vancouver is an international art fair presenting over 100 Canadian and international galleries and artists, providing an opportunity to view and purchase artwork from over 15 countries under one roof,” state organizers online.

A list of artists participating is online already; Vancouver is represented, along with artists from Ghana, Spain and Argentina.

Tickets for the event range from $20 for a one-day general pass to $112 for a three-day VIP pass. Children 12 and under are free with the purchase of another ticket. The show itself is open May 6 to 8, with VIP and preview events on the evening of May 5.

After two “un-fair” summers in Windsor-Essex due to the COVID-19 pandemic, organizers say festivals, fairs and events are scheduled to return in full force this year.


The Thames Art Gallery and ARTspace are bringing back the Mini-ARTcrawl after a two-year pandemic hiatus. The galleries along with Art and Heirloom Shoppe, William Street Cafe, and The Co., will host a festive evening of art and creativity in downtown Chatham.


Art in the Park


Art in the Park is held the first full weekend in June of each year and is the signature event that launches Windsor’s festival season. This event is one of Ontario’s largest outdoor arts and crafts shows, with exhibitors from all over Ontario and Quebec. The exhibitors display and retail their wares in booths set up around the 15.5 acres of gated grounds surrounding the beautiful and historic Willistead Manor in Walkerville in Windsor.


The 2022 Windsor Canada Day Parade presented in part by the Windsor Parade Corporation and Wyandotte Town Centre BIA is back. The parade will take place on Friday, July 1 at 11 a.m. on Wyandotte Street East between Devonshire Road and Aylmer Avenue.


Windsor Parade Corporation has begun discussions surrounding the Tug Boat Race, and they are looking for way to host the Windsor Riverfront Fireworks Party. According to a Facebook post on March 7, they do not have a confirmation from World’s Finest Shows if they will be taking part in Summer Fest or whether they will be staging the Midway separately from Summer Fest.


The Town of Tecumseh will be hosting a centennial celebration instead of its annual corn festival next summer.


Town officials say resumption of the Tecumseh Corn Festival has been postponed until 2023 so the town can focus on a three-day centennial celebration next year.


A Mayor’s Task Force is making plans for the Town’s 100th anniversary celebration, which will be held July 2-4, 2022.


The president’s message says 2020 was an “un-fair” year as COVID-19 restrictions shuttered events across the country. After a two-year hiatus, the Comber Fair is returning in 2022 at 6211-6213 McAllaster Street in Comber.


The Colchester South and Harrow Agricultural Society Fair has become a favorite end of summer event for Essex County and beyond. The fair was postponed for two years, but is now ramping up for 2022. The fairgrounds are at 134 McAffee Street.