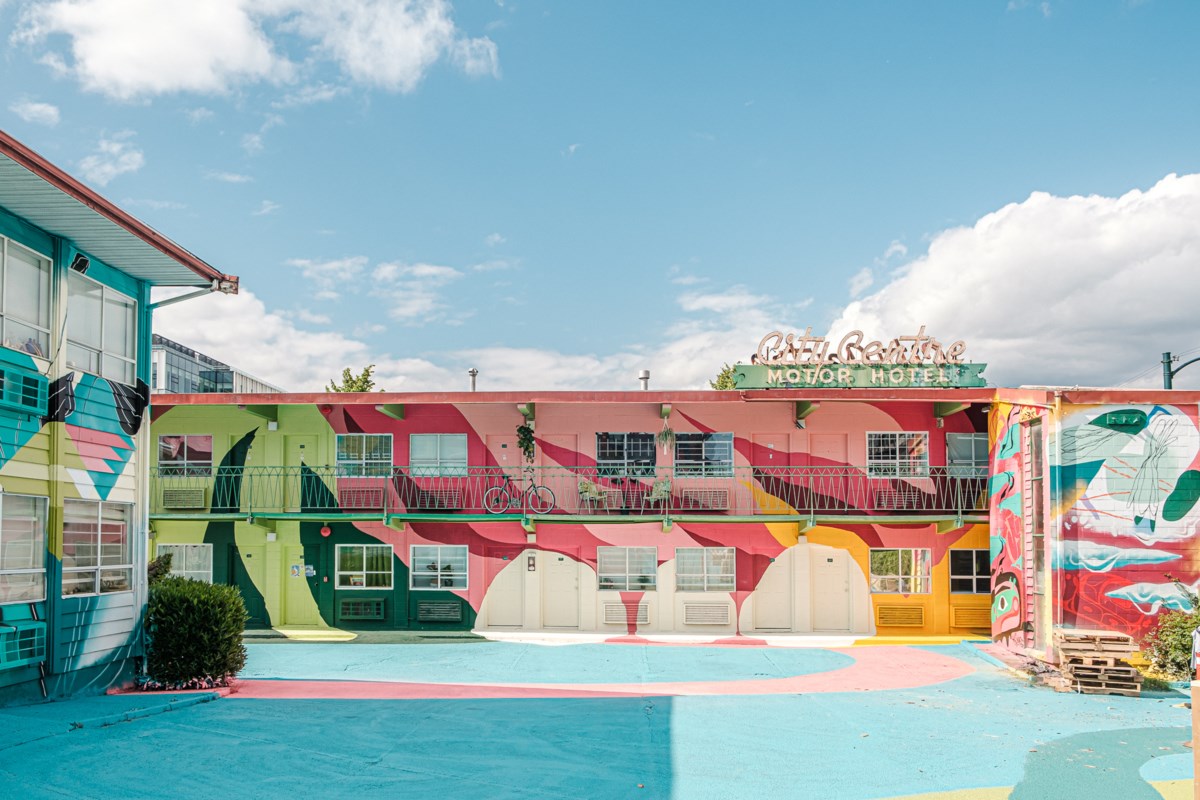 While the focus of the Vancouver Mural Festival is still on walls covered with paint, the 2022 edition will see a wide variety of shows and activities, ranging from acrobats to drag queens.

The festival released its full list of events on June 22 with 11 days of programming, much of which is based around the City Centre Artist Lodge, formerly the City Centre Motel in Mount Pleasant.

Among the highlights is the free Circus and Flow Show, on day one (Aug. 4). The variety show will feature acrobats and circus performers of all sorts, with performers like Erotikclown and Flowin Owen. It’ll in fact be two shows, with one at 6 p.m. and a second at 8 p.m.

Over the following days there’ll be at least one in-person event per day at the City Centre site, with dance battles on Aug. 6, a drag brunch on Aug. 7, and a live art battle and art market on Aug. 9.

Things will wrap up with a street party on Granville Street in the city’s core, between Smithe and Helmcken streets on Aug. 14.

Along with the events, there’ll be plenty for fans of the visual arts. Along with more than 30 murals that’ll be unveiled over the event, created by 50 artists, there will be tours to see the new artwork, along with pieces that were created previously.

“Guided walking tours in Mount Pleasant and Strathcona will be led by DeTours, while five new tours in Downtown, West End, Cambie Village, Marpole and River District will be offered by Curated Tastes,” say organizers.

There’s also an app you can download to tour around on your own time.

Among this year’s art projects are some unique works. In one case, Musqueam artist Debra Sparrow will be working with Squamish and Tsleil-Watuth weavers to create a mural; it’s part of Sparrow and the VMF’s Blanketing The City series, which sees local indigenous weaving designs applied to city walls.

This year also sees the VMF working to increase accessibility to the festival’s art.

“This year, the focus is on supporting access and removing barriers for folks experiencing Low-Vision and Blindness, Neurodiverse folks and those living with disabilities,” state organizers.

To that end, they’re working to create crowd-sourced description event with VocalEYE, a local organization that works to provide descriptions of art around the city for people who find it difficult to see.

There are also going to be four temporary mural installations made by artists with disabilities who’ve gone through a workshop process.