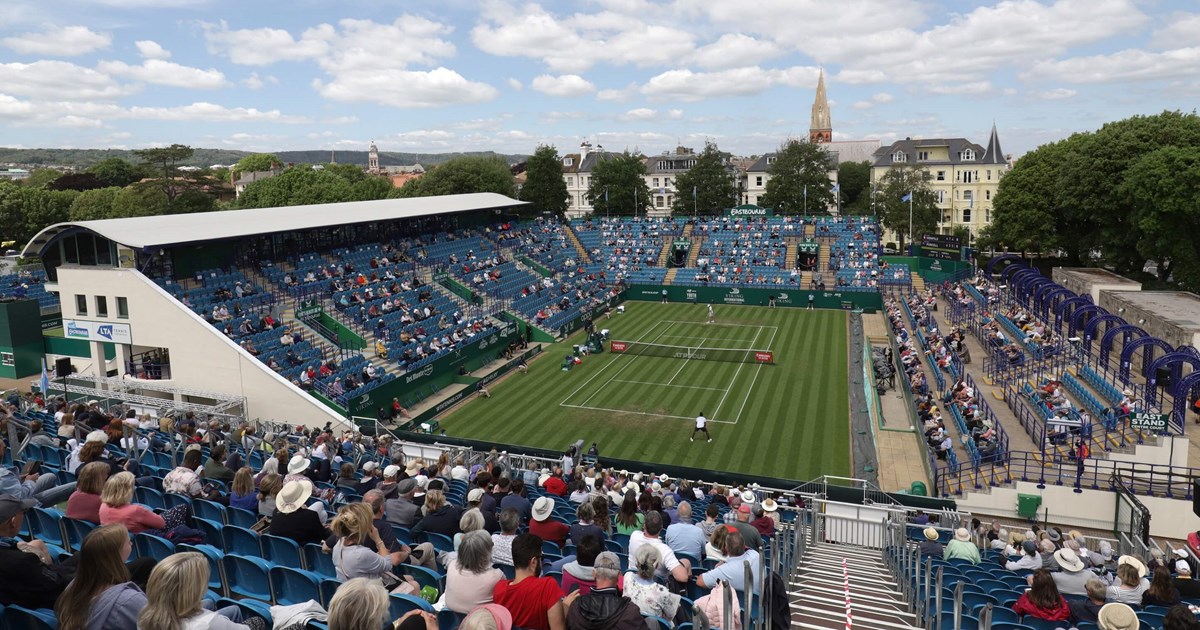 We are excited to announce a comprehensive new broadcast agreement that will see the UK summer grass court events given the widest coverage to date on network television, streaming and digital platforms.

All the action will be available across multiple platforms after the BBC and Prime Video confirmed broadcast arrangements for this summer.

Tennis fans are set to enjoy a bumper summer on the British grass courts, with Emma Raducanu, Andy Murray, Cam Norrie and Alfie Hewett among the homegrown heroes taking on some of the biggest names on the ATP and WTA Tours.

Murray’s first appearance at the Surbiton Trophy since 2004 will be screened live on the BBC’s digital platforms next week, with the former two-time Wimbledon champion starting his grass court campaign with an appearance in the ATP Challenger tournament.

The British tennis summer will then roll onto the Rothesay Open Nottingham, where 2022 Madrid Open winner and world No.7 Ons Jabeur is on the entry list, with both Prime Video and the BBC (for the first time) broadcasting the WTA 250 event while the concurrent ATP Challenger tournament at the Nottingham Tennis Centre will also be on BBC digital platforms.

Birmingham and the Queen’s Club in London are then next stops on the calendar, with Prime Video and the BBC sharing co-exclusive rights to screen both tournaments.

US Open champion Raducanu will lead an impressive cast list for the 40th anniversary edition of the Rothesay Classic Birmingham (a WTA 250 event), while British heroes Murray, Norrie, Dan Evans and Jack Draper will be joined by Carlos Alcaraz (ATP No.6) and defending champion Matteo Berrettini (ATP No.10) for the ATP 500 cinch Championships at the Queen’s Club in an action-packed week.

Our grass court tournaments will then conclude with the Rothesay International Eastbourne from June 18, where eight of the world’s top ten women will compete in a high-quality field for the WTA 500 event.

The Devonshire Park courts in Eastbourne will also stage an ATP 250 tournament featuring British No.1 Norrie, defending champion Alex de Minaur and 2022 Indian Wells Masters champion, Taylor Fritz which will be exclusively on Prime Video, while the women’s action will be broadcast live on Prime Video and the BBC’s platforms, giving tennis fans the most comprehensive summer of coverage ever served up in Britain.

Richard Daish, LTA Marketing & Commercial Director said, “The LTA continues to open tennis up to new audiences and we have created more opportunities for UK based sports fans to engage in tennis this year.

“With even more British stars competing across our events this year, we want as many fans as possible to enjoy a fantastic summer of tennis and be inspired by what they see.”

Director of BBC Sport, Barbara Slater said: “We are delighted to bring comprehensive coverage of an exciting summer of tennis to our audiences.

“We will once again cover the prestigious Queen’s and Eastbourne tournaments on BBC TV and online, as well as Emma Raducanu leading an impressive line-up in Birmingham and Andy Murray’s highly anticipated return to the Surbiton Trophy. Fans can follow all the action 24/7 across BBC TV and online.”

“These events are an important part of the tennis calendar featuring the best British players and they will only add to our existing coverage.”