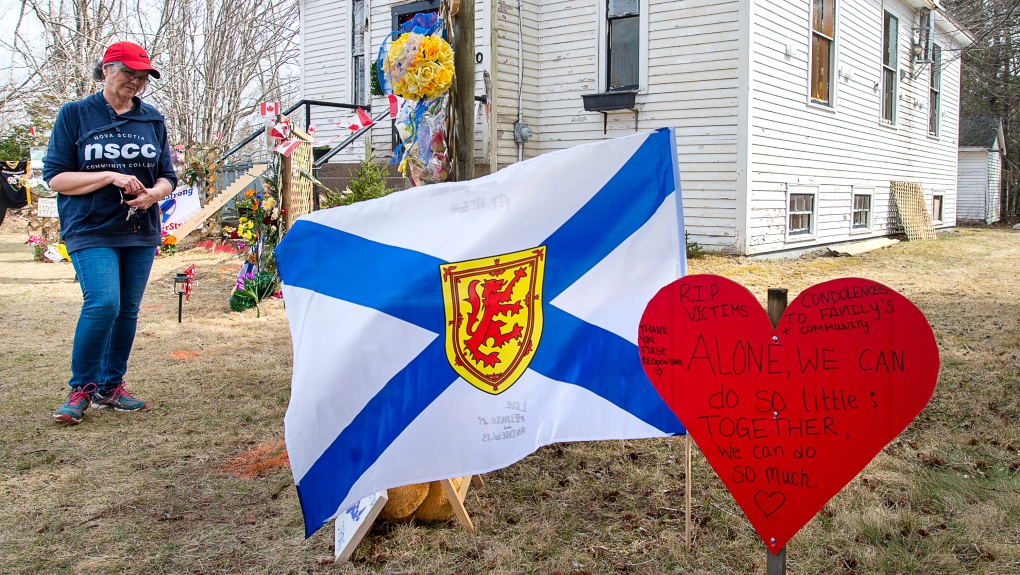 As Canadians remember the victims and survivors of the Nova Scotia mass shooting two years after the tragic events, the mayor of Colchester County says she describes the days following April 18 and 19 of 2020 as “surreal.”


“It was such a challenge for all of us to try and get our heads around something like this,” said Colchester County Mayor Christine Blair in an interview on CTV Morning Live Monday. “But now after two years, we’re facing the reality and the loss, and recognizing that loss more than we have before.”


On the night of April 18, 2020, a gunman began a shooting rampage in the small beachside community of Portapique, N.S.


His spree continued the next morning, leaving victims in Nova Scotia’s Wentworth Valley, Debert, and Shubenacadie, before he was killed by police in Enfield.


In total, 22 people and an unborn child were killed during the 13-hour rampage.


Two years later, Blair says many people are still struggling to deal with those tragic events.


“They affect the families, the friends, the neighbours, the first responders, co-workers, students in school. We had teachers that were affected… the community, Nova Scotia, Canada. We’re all affected in a certain way.”


Blair says residents in her county will likely be struggling for years to come.


“They have suffered a traumatic experience, we have all suffered the trauma of this event,” said Blair. “When you have someone that goes through a depraved act like this, and who was believed to be a good neighbour, and he impersonates a person of trust in the community, there are repercussions.”


Blair says the victims’ families and friends do need the truth, but also hopes they are emotionally prepared for what they may hear.


“Because as we all know, trauma is not mental illness. Grief is not mental illness, and thank the province for putting people in place that could help, but what we really need is a team of individuals to understand, and who can give support and educate on what trauma actually is,” she said.


“To the best of my knowledge, that little gap has not been filled.”


Blair adds assistance is needed for many people in her area who have reported experiencing anxiety, depression and mental health issues.


“You need to know what you’re going through, and it takes a specially trained person in trauma, in grief, in order to assist in that matter,” said Blair.


Although many are still grieving, Blair says the support received Canada-wide has been “heartwarming.”


“We are strong people, we are resilient people. There’s no question about that,” said Blair.


“But the support we have received, the letters – I’ve had letters from Switzerland, from Australia, from all through the States and right across this great country of ours.”


Flags at all provincial government buildings and institutions in Nova Scotia, including Province House, will fly at half-mast from sunrise Monday to sunset Tuesday.


The province is also encouraging people to pause for a moment of silence at noon on Monday and Tuesday in honour of the victims and survivors of the mass shooting.