GUELPH/ERAMOSA – Another farm in Guelph/Eramosa has been given the green light from council to operate as a seasonal special events venue.

On June 6, council approved a zoning bylaw amendment for CJ Equestrian Centre and CJ Country Events, located at 5725 6th Line, which would allow the venue as a secondary business to the main agricultural use.

The site is currently operating as an equestrian farm and seasonal camp.

Permitting existing structures to also be utilized as an events venue would accommodate events such as weddings, receptions and workshops, the report to council noted.

The approved request will allow CJ Equestrian to host events of up to 180 people from March 1 to Dec. 31, despite recommendations from county and township planners to cap attendance at 140 and limit the season to April to November.

The applicants also requested an increase to the maximum gross area of all associated buildings and structures from 327 square metres to 650 square metres.

MHBC planner Pierre Chauvin, on behalf of the applicant, referred to the amendments as “red line revisions,” asking council to approve the changes as they reflect the centre’s vision for its operations.

“Not every on-farm diversified use is the same,” Chauvin said.

“They all have different nuances, different ways of operating and certainly, CJ Equestrian is one of them.”

Applicant Lyssa Caine added the centre hosts its events around its own farming activities and being able to spread events throughout the year would give them more flexibility.

“We are the farmers and we do want to protect our farming operations for generations to come,” she told council.

“As such we are requesting these items above out of not only the experience and the knowledge, but also to help our future generations with balancing out farming and on-farm diversified uses.”

Mayor Chris White said the numbers were a good compromise from what was initially brought forward,

He described the township as having a “pro-business council,” noting it’s good for the community.

“What we do here, [sets precedent] and everybody’s got to be on a level playing field,” White said.

“The intention here is to make sure that it’s secondary, protects the neighbours, doesn’t set bad precedence.”

White added, “That said, there seems to be a reasonable compromise here that some of the original numbers you may have wanted, we kind of sought out a middle ground here.”

Council received the planning report and approved the zoning amendment, making CJ Equestrian the second business now permitted to operate as a seasonal on-site venue in the township. 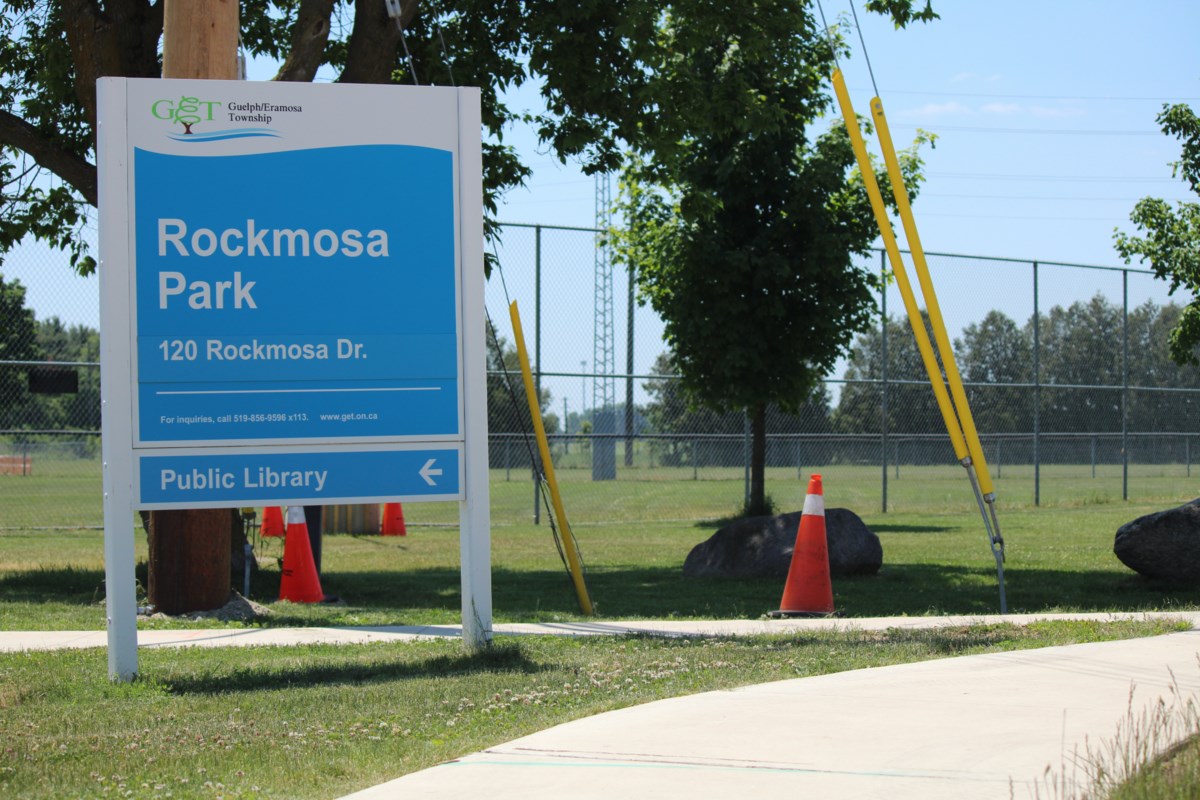 GUELPH/ERAMOSA – The Township of Guelph/Eramosa will finally be hosting its park pop up in-person after doing it virtually its first year due to COVID.

“This is our second year acquiring this funding, which means it’s our second year doing it. Last year was our first but we did things virtually then like virtual fitness classes because of COVID, but we also did a township-wide scavenger hunt. So, this will be our first time doing this in-person,” explained Kristen Chiasson, township’s parks and recreation administrative assistant.

Throughout the month of June, the township’s park and recreation department will be going to four different parks within the township every Wednesday to host its park pop up event.

The free event will be filled with activities such as spike ball; Kanjam, which is a frisbee game; an obstacle course and relay race; and a giant inflatable soccer target. There will also be freebies as a fun incentive for those who came out and participated in the activities.

Chiasson explained the pop up event is to commemorate parks and recreation month, which is in June, and inspire children and youth to be more active.

“We wouldn’t have been able to do this event without receiving funding from ParticipACTION’s Community Better Challenge which is in partnership with the Government of Canada,” she said.

“There were more people who applied for this funding this year, which means the funding we got was smaller but that also means everyone got a piece of the pie.”

ParticipACTION is a national non-profit organization that inspires and supports Canadians to make physical activity a vital part of their everyday life. Its community better challenge funding goal is to track the activities of the whole community in June, which will go towards the community’s total score.

After June 30, 50 finalist communities will be invited to submit an application explaining why they deserve to be Canada’s Most Active Community.

One community will earn the top prize of $100,000 and title of being Canada’s most active. There will also be prizing for the most active community in each province and territory.

“We took the money we got and researched the types of activities that are fitting for every age group from toddlers to teenagers,” Chiasson explained.

“On top of the park pop ups, there’s an app people can download that tracks all of their activities such as steps, their active minutes they get from fitness classes or exercise. Everything we get from the app will contribute to our total score.”

She noted the pop-up event is a great initiative and will hopefully inspire many people to be more active.