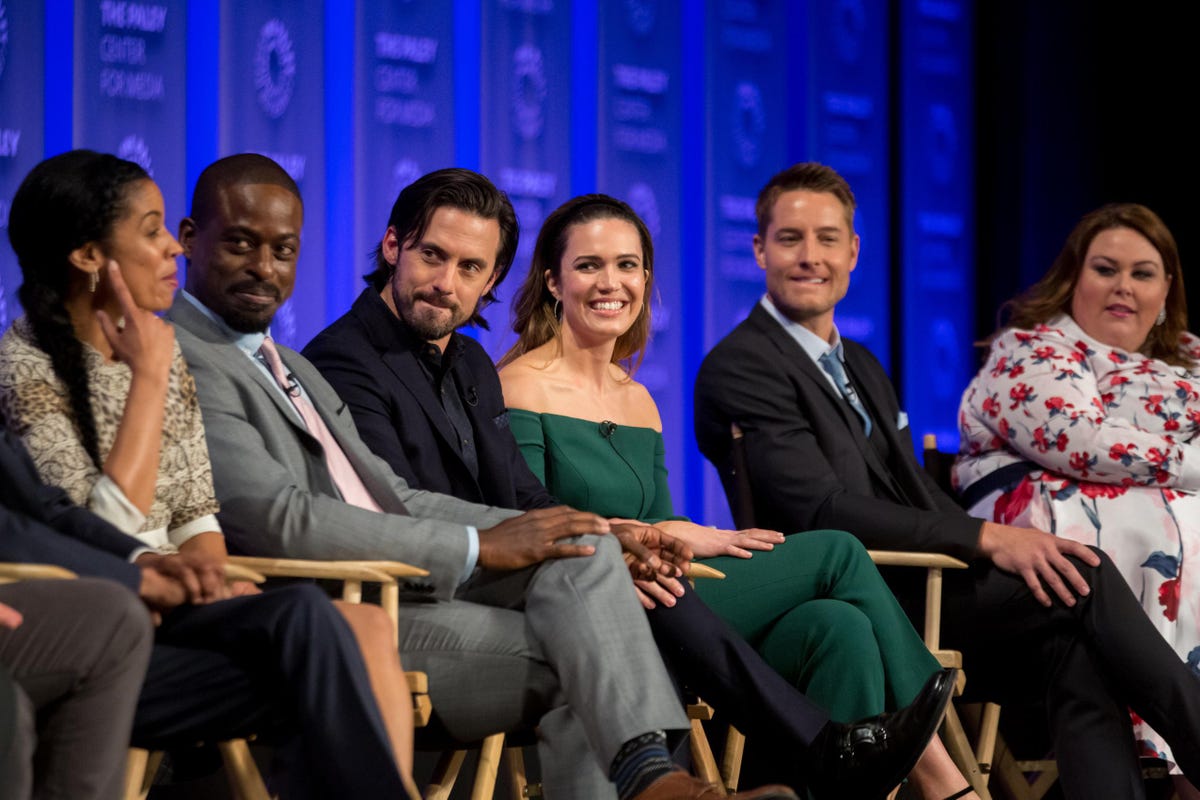 After a three-year hiatus, PaleyFest LA, a ten-day television festival returns, running from April 2nd through the 10th.

All of the in-person sessions of the festival will take place at the Dolby Theatre in Los Angeles, home to the Academy Awards.

This year’s line-up includes include NBC and Twentieth Television’s This Is Us, The CW and Warner Bros. Television’s Superman & Lois, ABC and ABC Signature’s black-ish​, CBS’s & Lionsgate Television’s Ghosts, CBS’s The Neighborhood, and HBOMax and Universal Television’s Hacks.

Maureen J. Reidy, President and CEO of the Paley Center for Media, says that the events offer devoted fans, “a once-in-a-lifetime experience with the stars and creative talent behind some of television’s biggest hits.”​

Each panel discussion includes exclusive behind-the-scenes conversations with leading stars and producers, screenings of special preview and premiere content, and each event closes with an audience Q&A, with fans getting the chance to ask the stars and producers their burning questions.

With first year series Ghosts and Hacks participating in the festival, Lucia Aniello, Paul W. Downs, Jen Statsky, and Michael Schur, executive producers of Hacks say, “We’re so thrilled that [our show] is included in PaleyFest this year. It’ll be so nice to be in person for any reason, but especially to talk to people who like our show as much as we do.”

Joe Port and Joe Wiseman, the showrunners of Ghosts, comment that, “We are honored to spend our days making Ghosts, and we look forward to celebrating in person with the show’s fans who make it all possible.”

Stars and producers from the three NCIS series will be celebrating both the freshman version, NCIS: Hawai’i, as well as the mothership of the franchise NCIS, and spin-off NCIS: Los Angeles.

R. Scott Gemmill, showrunner of NCIS: Los Angeles points out that as the series approaches its milestone 300th episode in this its 13th season, “The last couple of years have really reminded us how our favorite television shows make us feel connected to one another, and we want to celebrate with our fans and our entire NCIS family of shows.”

Three series, black-ish, This Is Us, and Better Call Saul, are hosting events during PaleyFest prior to closing out their on-air runs later this year.

Courtney Lilly, Showrunner & Executive Producer of black-ish says, “Can’t think of a better way to go out after eight seasons than to take part in PaleyFest,” while creator and executive producer of This Is Us, Dan Fogelman, says, “We are honored to be part of this prestigious festival. Looking forward to talking all things This Is Us with you, one last time.”

Showrunner and executive producer of Better Call Saul, Peter Gould, in true ‘Saul style’ says, “Saul Goodman might only be the ‘World’s 2nd Best Lawyer’ — but he scores an invitation to PaleyFest?! We are thrilled and honored to talk about our show and its final season with the brilliant (and good-looking) folks at this year’s PaleyFest.”

Josh Heald, Jon Hurwitz, and Hayden Schlossberg, who are the series creators and executive producers of surprise hit series Cobra Kai, remarked that, “We look forward to connecting with our devoted and badass fans,” and added, “Living in these interesting times, we’ve long held one thing paramount—karate will bring us together.”

Television fans can relive some of PaleyFest LA’s best moments on the Paley Center’s YouTube channel. Some memorable highlights include conversations with the casts of Lost, The Golden Girls, The Big Bang Theory, and many more

The Paley Center for Media is a 501(c)(3) nonprofit organization that leads the discussion about the cultural, creative, and social significance of television, radio, and emerging platforms, drawing upon its curatorial expertise, an international collection, and close relationships with the media community.

The general public can participate in Paley programs in both New York and Los Angeles that explore and celebrate the creativity, the innovations, the personalities, and the leaders who are shaping media. The public can also access the Paley Center’s permanent media collection, containing over 160,000 television and radio programs and advertisements.

Through the global programs of its Media Council and International Council, the Paley Center also serves as a neutral setting where media professionals can engage in discussion and debate about the evolving media landscape. Previously known as The Museum of Television & Radio, the Paley Center was founded in 1975 by William S. Paley, a pioneering innovator in the industry.

PaleyFest supports the Paley Center’s many education initiatives, including classes, workshops, and programming focused on today’s most pressing social issues and serving students and educators globally. It also supports the continued preservation of the Paley Archive, featuring more than 160,000 historically and culturally significant television and radio programs.

The full PaleyFest LA Lineup is as follows:

Tickets for PaleyFest LA are available at paleyfest.org