After two years online, the Hay festival has announced the full programme for its first in-person spring literary festival since 2019.

This year the gathering that Bill Clinton once called “the Woodstock of the mind” will have more than 500 live events, welcoming Nobel laureate Abdulrazak Gurnah, Scotland’s first minister Nicola Sturgeon and lockdown sensation Joe Wicks to its tents in the Welsh border town Hay-on-Wye.

Booker winners Damon Galgut and Bernardine Evaristo are among those in the lineup, along with Julian Barnes, Monica Ali and Deborah Levy.

And the author of A Poem for Every Day of the Year, Allie Esiri, is to present an afternoon of poetry with Inua Ellams, Stephen Fry, Damian Lewis and others.

Hay has also teamed up with Letters Live again, which runs events where remarkable letters from history are read by a diverse array of performers. Benedict Cumberbatch will be leading the all-star cast of readers to raise money for the Ukraine Humanitarian Appeal.

Now in its 35th year, this will be the first festival since Hay’s co-founder and former director Peter Florence resigned from his role after a bullying claim was upheld last year. He said at the time he was “incredibly proud” of what the festival had achieved during his years at the helm, and hoped it would continue to “go from strength to strength”.

The 11-day festival will take place from 26 May to 5 June, running across the specially extended Queen’s platinum jubilee bank holiday weekend. The occasion will be marked by a series of conversations on the theme “Women & Power”, with speakers including Sturgeon, Labour MP Jess Phillips and former president of the supreme court Lady Hale.

Another series of talks labelled “Imagine …” will see writers and thinkers including Elif Shafak, Simon Schama and AC Grayling discuss global issues, focusing on four themes: democracy, equality, science and nature. Meanwhile the 10@10 series will showcase a different debut writer at 10am each day, and Guardian Live will be presenting a trio of events.

As well as ideas, there will be music from Corinne Bailey Rae, Kate Rusby and Danilo Pérez, and a platinum jubilee concert by Rebecca Evans, Leah-Marian Jones, Trystan Llŷr Griffiths and Bryn Terfel. Attendees will also be able to enjoy comedy from Bill Bailey, Nina Conti and Simon Amstell.

Hay festival international director Cristina Fuentes La Roche said: “It’s been 35 years since writers and readers started sharing their stories together in our festival tents and we have never needed these stories more urgently.”

She added: “During the day our conversations and debates will tackle some of the biggest issues of the moment, and in the evenings we’ll laugh and dance together again.”

Hay festival 2022 is supported by lead sponsors Baillie Gifford and Visit Wales. Tickets are on sale to Friends of Hay festival now, and public booking opens on 8 April. Digital passes, which will offer a curated selection of livestreamed events from the festival, will go on sale on 2 May. 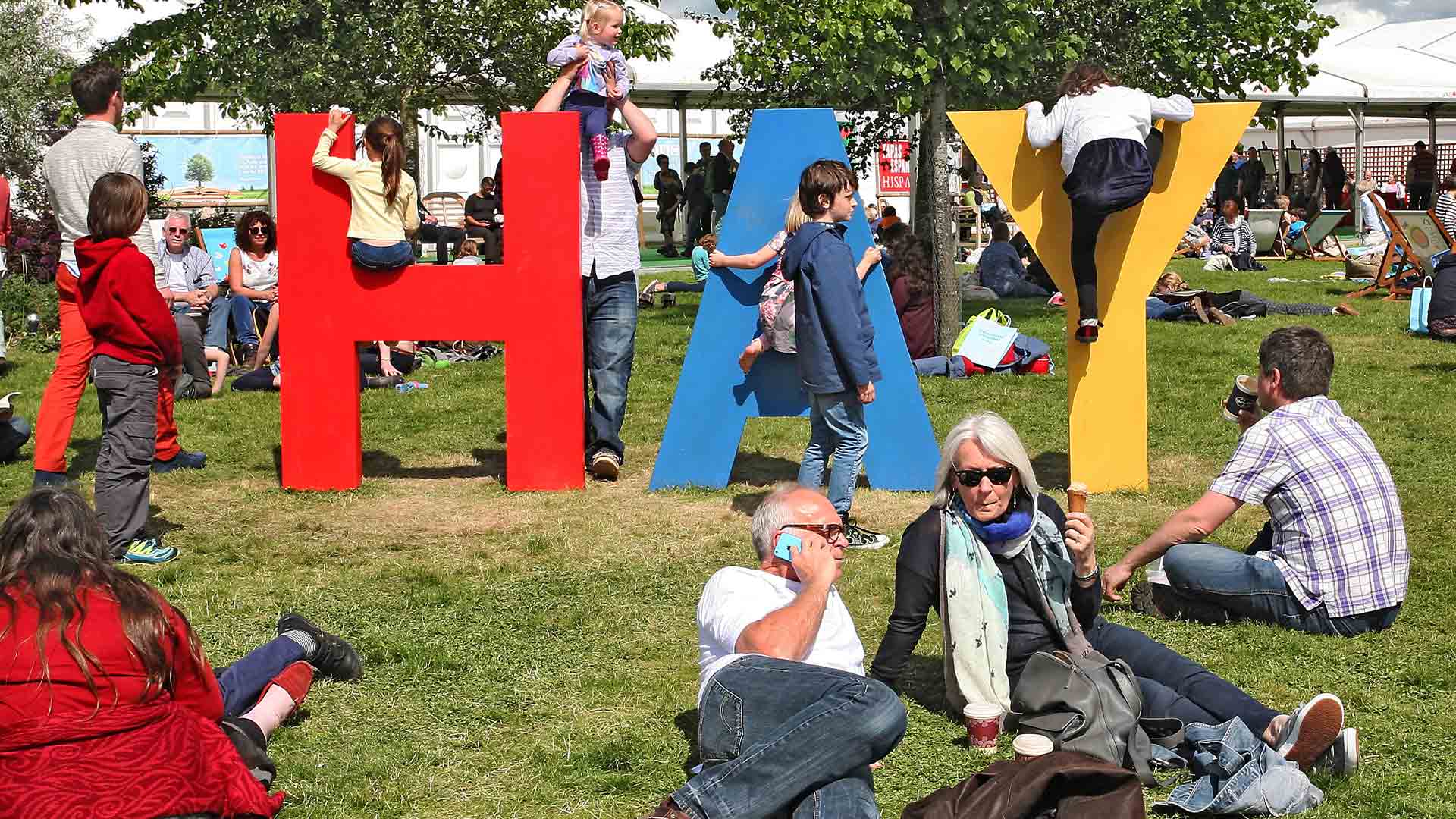 The Hay Festival has revealed some of the 500 events taking place this Easter as the annual literary celebration runs in-person for the first time in three years.

Organisers have marked 100 days until the festival takes place with 22 early-bird events on sale now.

Returning for its first in-person spring event since 2019, the programme, which runs from 26th May to 5th June, will offer insights and debate in a range of topics featuring more than 600 award-winning writers, policymakers and experts.

Among the line-up of 500 events, the festival’s “10@10” series will showcase debut writers at 10 a.m. each morning on site, while a partnership with Publishing Wales spotlights Welsh publishers and their work.

Collaborations with eight leading universities will showcase the latest research in the arts and sciences in a Lunchtime Lecture series. The festival has also partnered with various organisations which will feature throughout the programme including the Booker Prize, the Royal Society, British Council, the TLS, Prospect, BookAid International and the British Library among others.

Organisers said: “A series of #HayFestival100 events on site will explore the iconic publishing year of 1922 and the century of literature that has followed, including discussions and performances of James Joyce’s Ulysses and T S Eliot’s The Waste Land. The public will be encouraged to share the books that have most influenced them from this past century of publishing.

“The Queen’s Platinum Jubilee will be marked with a series of conversations on Women and Power, while anniversaries of the BBC, Marcel Proust, and Ferdinand Magellan will be reflected in discussions.

There will be a strong focus for young people too. The festival will run family-themed events, called Haydays, to “give young readers the opportunity to meet their heroes and get creative throughout the festival”. The Programme for Schools strand on 26th and 27th May allows teachers and pupils to access festival events for free.

The BBC will return to Hay Festival bringing some programmes and podcasts to the site in free events, while a selection of main-stage sessions will be streamed live via the festival’s Hay Player video and audio platform.

Hay international director Cristina Fuentes La Roche said: “Our 35th annual event in Wales, Hay Festival 2022 is going to be a return to remember and we look forward to welcoming friends – old and new – to our revamped festival site this May. As we put the finishing touches to this year’s line-up, we’re excited to preview some of this year’s themes: a promise of spring and a spark of hope for the year ahead.”