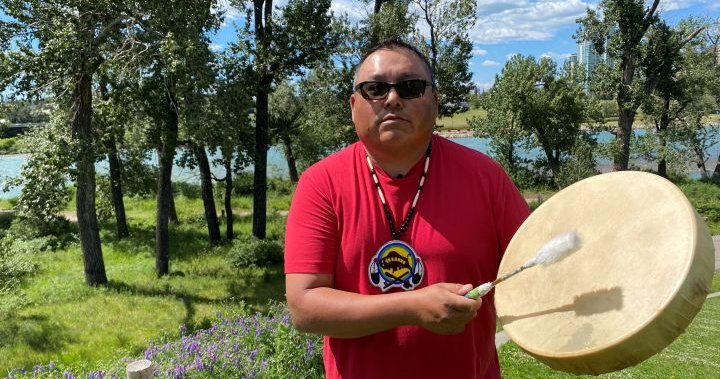 This week brings a new opportunity for Calgarians to connect with southern Alberta’s rich Indigenous culture.

It’s a chance for people to learn about the past and to make healing connections for the future.

It comes in the form of a series of weekly events at St. Patrick’s Island.

The free events will feature Indigenous knowledge-keepers sharing traditional stories, as well as drumming and singing.

Among those leading the gatherings is Clarence Wolf Leg Jr., a member of the Siksika Nation.

The events are being organized by Tarra Wright-Many Chief, whose company Many Chief Tours offers Indigenous-themed walking tours of St. Patrick’s Island.

Wright-Many Chief says, the purpose of free events is “to teach people about the history of the Blackfoot people and our connection to this area.”

Calgary woman offers Indigenous history tours: ‘I love that it’s something I can share’

St. Patrick’s Island is in the Bow River, directly across from the place the Elbow River flows into it.

“[It is] close to the confluence of the two rivers, which is a sacred site for the Blackfoot people — people would come here to do ceremonies,” Wright-Many Chief said.  “And so it makes sense for us to come here and start creating space for Indigenous stories and knowledge to be shared — where it was traditionally shared thousands of years ago.”

Everyone is invited to attend the events, which run from 6 p.m. to 8 p.m. on six consecutive Fridays from July 22 to August 26.

“We’ll be providing some good vibes, and that’s what the powwow songs are meant for,” Wolf Leg Jr. said. “They’re meant to heal and to break down barriers, to help complete this reconciliation that we’re all going through.” 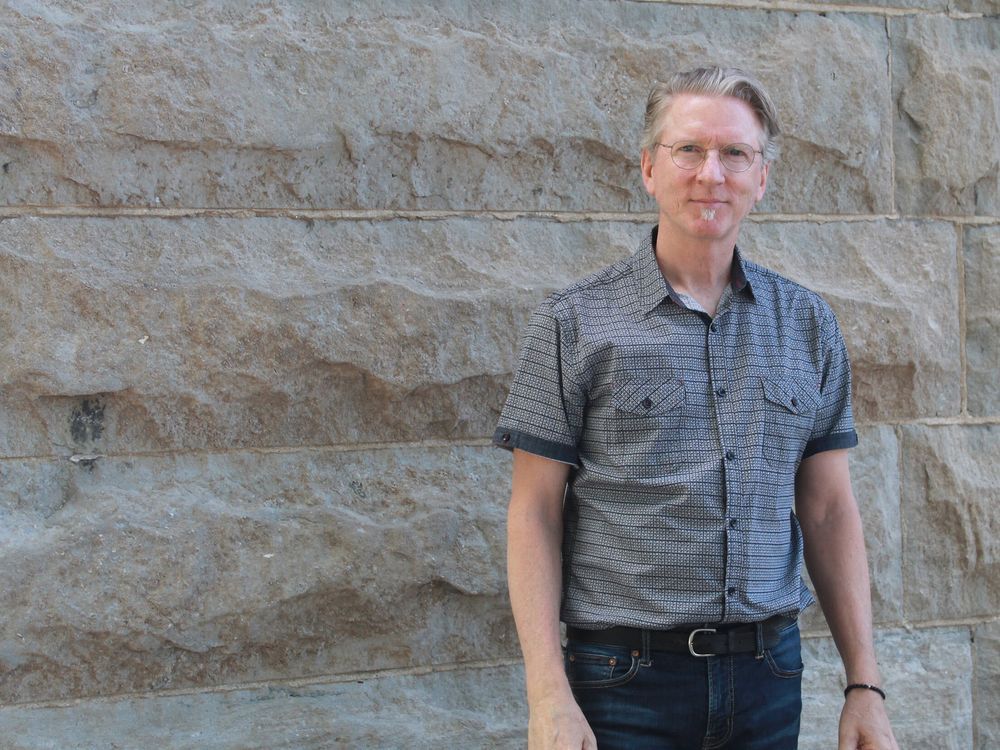 This section was produced by the editorial department. The client was not given the opportunity to put restrictions on the content or review it prior to publication.

Three days of Learning and Healing Together events begin Friday evening with film screenings, speakers, food and vendors at the Kineto Theatre in Forest.

Three days of Learning and Healing Together events begin Friday evening with film screenings, speakers, food and vendors at the Kineto Theatre in Forest.

The special events continue Saturday evening at the theatre and Sunday morning at the United Church in Forest as part of a long-running project by the Wiiwkwedong Arts Collective of Kettle and Stony Point First Nation and the Kiwanis Club of Forest.

“It has been a number of years now that we’ve been bringing some awareness of the Indigenous arts, stories, culture,” as well as “sharing and having this great partnership,” said Candace Scott-Moore, artistic producer with the collective.

The aim is to bring the two communities together to “share and learn from each other,” she said.

The upcoming events are aimed at educating the communities about the Truth and Reconciliation process involving Canada’s former residential schools, as well as celebrating Indigenous artists, stories and culture, she said.

Friday evening’s event at the Kineto Theatre begins at 6:15 p.m.

“You can come early for dinner at the theatre,” Scott-Moore said.

The Monague family will be selling tacos for $10, and there will be displays of local art there both Friday and Saturday evenings.

At 7 p.m. Friday, the theatre will screen Sarnia filmmaker Dwayne Cloes’ documentaries, We Are Still Here and Aftershock, about local survivors of residential schools and their descendants.

There will be a question-and-answer session with Cloes following the screenings. Scott-Moore said there will also be emotional supports available that evening.

“These are real stories” and about local residents, she said.

Admission is “pay what you can” Friday and $8 for Saturday, Scott-Moore said.

On Saturday, the doors of the theatre open again at 6:15 p.m. for a screening of the feature film, Run Woman Run.

The film’s story is about a single mom who learns to reclaim her dreams, family and honour after being convinced by the ghostly appearance of the late legendary runner, Tom Longboat, to compete in a marathon.

“It has been winning awards all over the world,” Scott-Moore said. “It’s a comedy; it’s a drama. You’ll laugh. You’ll cry.”

The film’s executive producer is Laura Milliken from Kettle and Stony Point, and the screening is also an opportunity to celebrate her, Scott-Moore said.

The film talks about the issue of diabetes, so the North Lambton Community Health Centre and the Kettle and Stony Health Centre will be providing diabetes awareness and prevention information that evening, she said.

Sunday’s event is at the United Church of Forest and begins at 10:30 a.m. with a sharing and celebrating of Indigenous culture. The Monague family will be taking part, performing Ojibwa hymns.

“I definitely feel this is super important work that we’re doing, creating awareness and creating these celebrations,” Scott-Moore said.

Attendance from both communities has been growing through the years at the events, she said.

“It’s just nice to see that people are interested . . . and wanting to learn about our stories,” Scott-Moore said. “It’s just a beautiful thing that’s happening in our communities.”

“We’re breaking those barriers – we’re stopping that isolation and we are actually growing together – and that’s what we really need.”