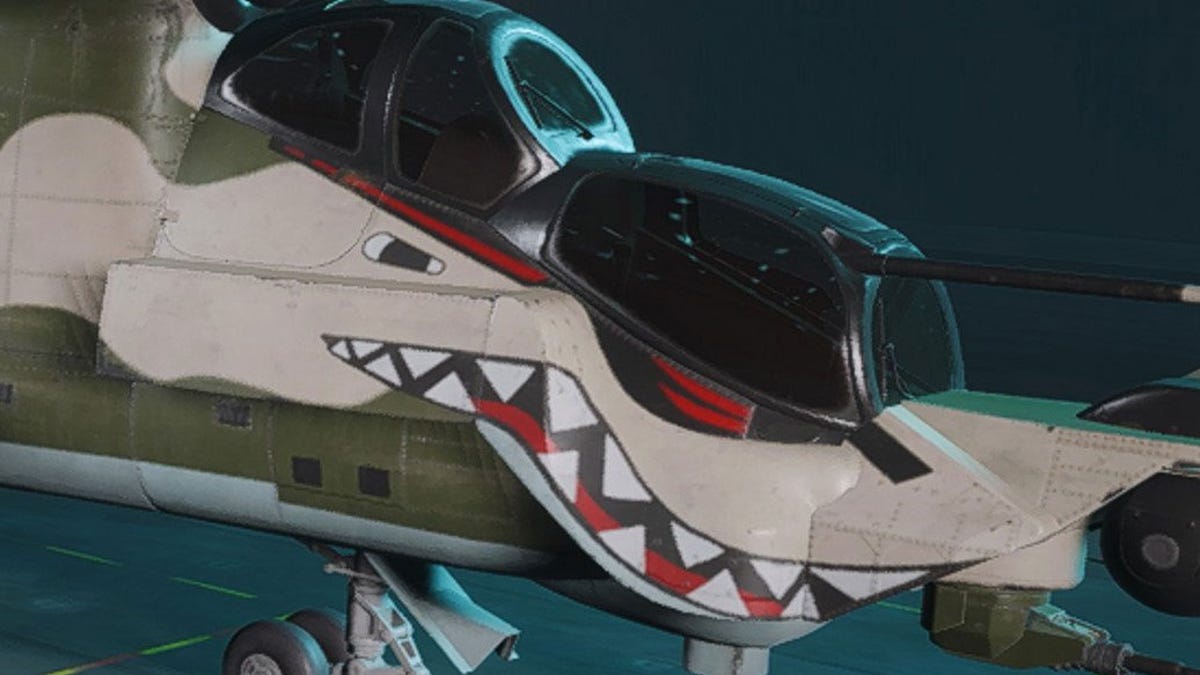 Last week Battlefield 2042 developers DICE first offered, then pulled, a limited-release skin that featured a smiling attack helicopter for the game’s Russian faction, deciding that now was not the best time to be giving players such rewards.

For a while now, the beleaguered online shooter has been offering special rewards for players who can complete certain weekly challenges, sometimes in the guise of Specialist outfits, sometimes skins for weapons and vehicles. The skin in question last week, called the “Grin Reaper”, featured an aggressive smile based on the iconic “shark tooth” custom of aircraft art that dates back to the First World War. It went live then, with events in Ukraine rapidly deteriorating, was swiftly withdrawn:

It was the right move on the part of developers DICE for anyone looking at this skin in isolation, but it also creates a strange precedent where this particular item was seen to be in poor taste, but the remainder of the game itself—which features an aggressive, near-future Russia as one of only two factions that players have a 50/50 chance of being automatically assigned to before each match—is fine.

The removed skin hasn’t been replaced; anyone booting up the game will see a blank area of the screen where a player’s progress towards the current weekly reward would normally be. DICE says “weekly missions will return” later this week, and haven’t ruled out this skin being re-offered at a later date.

This is somehow the third time Battlefield 2042’s skins have made the news since the game’s launch. First there was a skin that directly referenced Russia’s annexation of parts of Ukraine back in 2014, specifically the “Little Green Men”, unmarked Russian special forces units who “allowed Vladimir Putin to briefly claim that they were actually local insurgents, and as such that it wasn’t a clear and overt annexation of foreign territory.”