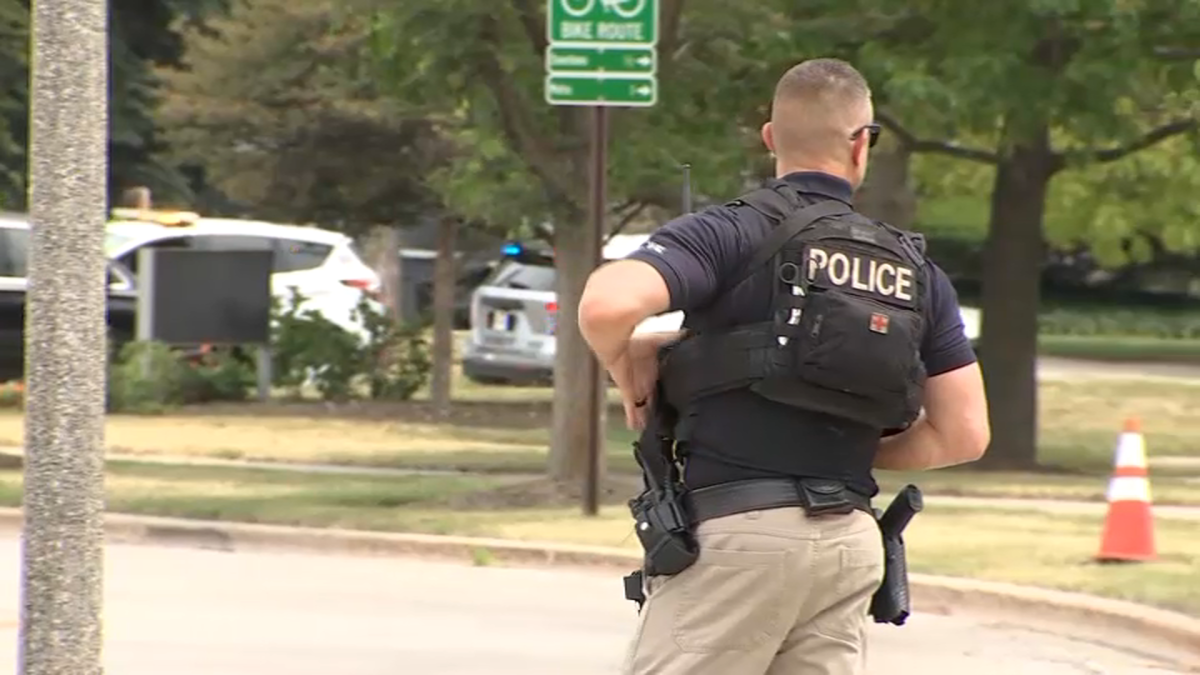 Glencoe officials said the village was canceling its Fourth of July parade as the city urged residents to “remain home” with the “threat still at large.”

“There have been no incidents or direct threats to Glencoe. Public Safety are monitoring the situation and recommend avoiding public and crowded areas at this time,” the village tweeted.

Glenview police announced around 11 a.m. that the town’s Fourth of July Parade was canceled “out of an abundance of caution.”

“There have been no incidents or direct threats to Glenview,” the department tweeted, adding that police were clearing the parade area, but the town’s fireworks display is still expected to take place Monday evening.

Nearby Deerfield announced its Family Days activities at Jewett Park were cleared and the parade in the town was canceled.

Evanston police said its holiday celebrations were canceled “effective immediately” due to the “tragic mass shooting.”

“While there is no known threat to Evanston residents, the shooter is still at large; therefore, cancelations are taking place in an abundance of caution,” the suburb stated in an alert. “Our thoughts and prayers are with our neighbors to the north.”

Northbrook announced its holiday activities, including the bike parade, mile-long parade and fireworks show were all canceled.

“Our thoughts are with our Highland Park neighbors,” the suburb said in an alert to residents.

The public is being asked to avoid downtown Highland Park Monday as police respond to a shooting “in the area of the Independence Day parade route,” the Lake County Sheriff posted on Twitter.

“STAY OUT OF THE AREA – allow law-enforcement and first responders to do their work,” the sheriff posted.

“The Illinois State Police is currently assisting Highland Park PD with an active shoot situation that occurred at the Highland Park Parade,” police tweeted. “The public is advised to avoid the area of Central Ave and 2nd St. in Highland Park.”

According to multiple reports on Twitter, gunshots were heard at Highland Park’s Fourth of July parade. Further details were not immediately confirmed by police.

The city of Highland Park also urged people to avoid the area.

This is a breaking news story. Check back as details emerge.