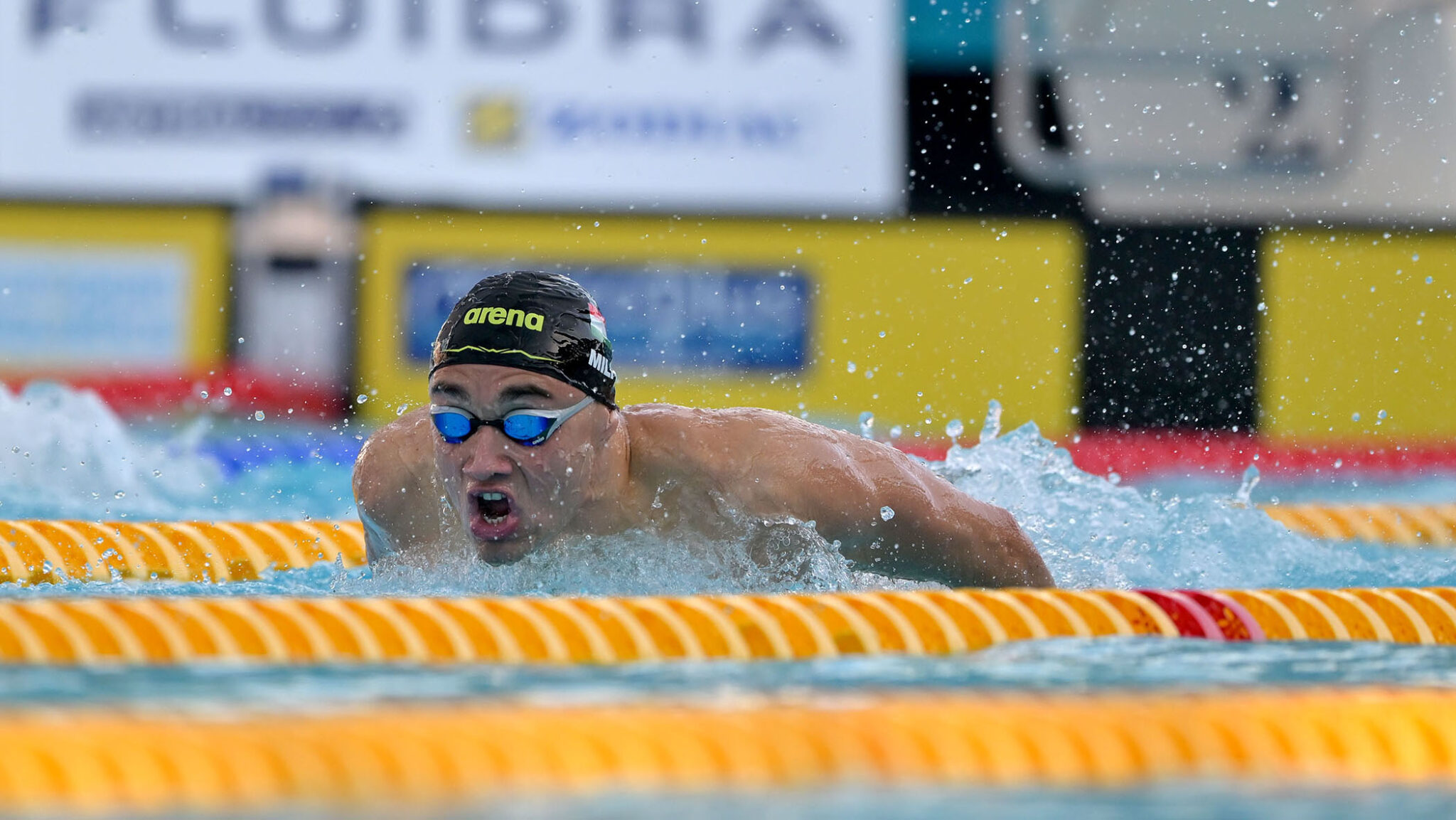 In an interview with Hungarian magazine Magyar Nemzet, Kristof Milak discussed his performances at the 2022 European Championships and his outlook for the future of his career. One thing that he hinted at was adding more events to his lineup at next year’s Hungarian National Championships meet.

“There are a couple of things in the pipeline that haven’t been very visible because we haven’t shown them,” Milak said. “Let’s just say that I think there will be a few surprises at the national championships at the beginning of next year.”

This year, Milak has shown incredible range, breaking the 200 fly world record at World Championships and then going on to set a Hungarian record time of 47.47 to finish second in the 100 free at Euros. He didn’t have the strongest performance in the 200 free at Euros, missing finals of the event, but that can be explained by the fact that he had to deal with a grueling 100 fly/200 free/4×100 free relay triple that day and had to swim the 100 fly final right before 200 free semis. Plus, his 1:44.42 anchor leg on Hungary’s 4×200 free relay shows that he still has strong potential in the 200 free.

So what could Milak experiment with next? He swam both the 400 and 50 free at 2021 Nationals, clocking best times of 3:48.92 and 22.19 in the two events respectively, so he could return to those events again. Or what about the 50 back, an event that he raced and made the finals in at the 2021 European Short Course Championships? Is he going to dabble with the 50 fly, which he entered at 2022 Worlds but then ended up scratching? What if he completely surprises us and enters in an IM event? We won’t know for now, but it’s going to be something to look forward to for Hungarian Nationals next year.

Also in the interview, Milak said that he felt his starts and underwater speed improved due to increase in natural strength from growing old, but he was still unhappy with his turns. Because of this, he was asked about whether he would swim short course later in the fall, but he said that he had no plans of racing October and November’s FINA World Cup stops in Berlin, Toronto, and Indianapolis.

“I have to be honest, I’m not really in the mood for that,” Milak said of the World Cups. “We have to decide whether I should have another season where I don’t compete so much, but train quietly and then we can come up with another outstanding result.”

Last year, Milak competed at the Budapest stop of the FINA World Cup, and then went on to go to the European Short Course Championships.

After Euros, Milak’s coach, Balasz Virth, suggested that Milak take a month-long break from swimming. However, Milak thought that was “too much”—although he is going to take time off to pursue other plans, such as going to Spielburg, Austria to drive on the Red Bull track as a part of a sponsorship with car company Audi in September.

The Regina Hungarian Cultural and Social Club is celebrating its 100th anniversary this year. To commemorate this landmark, we are hosting a series of events on the September long weekend. We would appreciate your help in promoting these events, especially the Dinner and Social on Saturday, September 3rd.

The events are as follows:Friday, September 2, 11am Opening Event: Commemorative Flag Raising

Flag raising will be followed by cake and coffee

The evening starts off at the Club. Karaoke starts at 7:30 in our beverage room, which includes Hungarian and popular English songs.

Pub Crawl bus leaves at 8:00 travelling to participating local pubs and bars. Or stay at the club and enjoy the Karaoke and visiting with our other anniversary guests.

In the Balaton Ballroom, we will be hosting a traditional Hungarian supper that will be followed by a commemorative program.

Our Sunday Lunch Buffet will be served in the dining room from 11:30 am to 2 pm. As well, we will have a Tailgate Party in the Balaton Ballroom for those who are looking for something a bit lighter to eat. A great meal to help you cheer on the Riders!