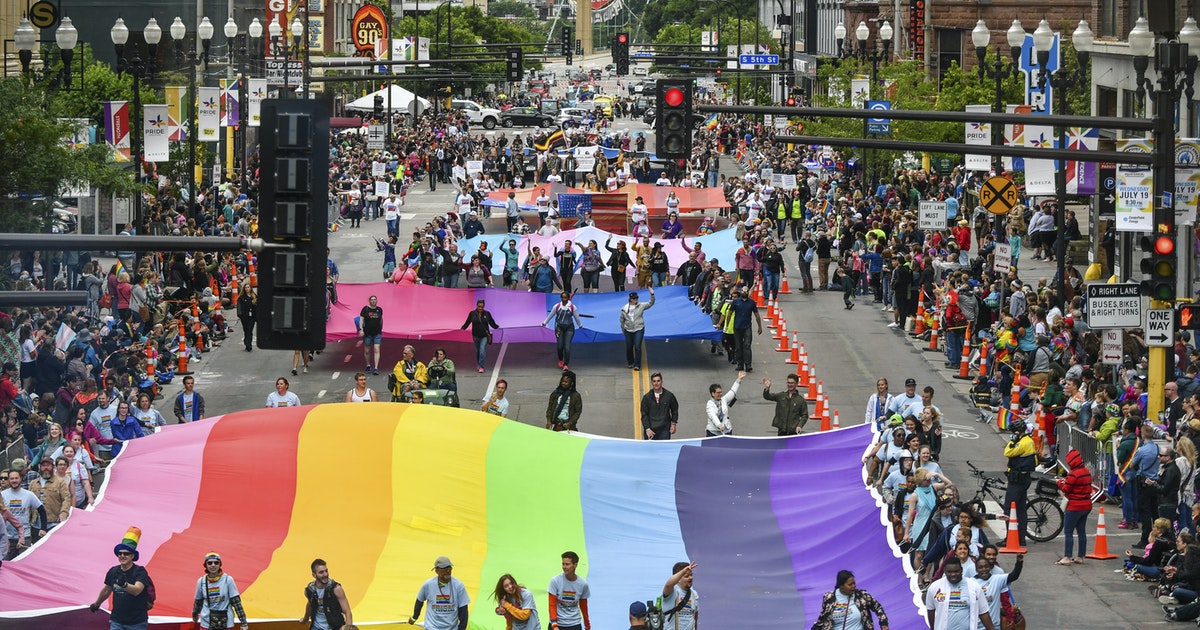 Downtown Minneapolis is on a gradual mend with office occupancy rates hovering around just 56%. Mayor Jacob Frey, the Downtown Council, Park Board and Twin Cities Pride are keen to get more people and parties back in the streets.

“Don’t be a hermit at home,” Frey said Tuesday at the Commons park, which was dotted with pop-up frisbee golf and Spikeball games. “We live in a great city. Experience it again.”

There are 882 activities scheduled for downtown through Labor Day, according to the Downtown Council. They include parades, trivia nights, movies in the park and festivals that had been canceled during the past two years of the pandemic.

The Twin Cities LGBTQ+ Pride March will return to Hennepin Avenue on June 26 to celebrate the 50th anniversary of Twin Cities Pride, said Executive Director Dot Belstler. It will be three blocks shorter — starting on Seventh Street instead of Fourth — to avoid ongoing street reconstruction.

The new Four Seasons hotel next to the Minneapolis Central Library, built during the pandemic, is the city’s first five-star hotel. Two-time James Beard Award-winning chef Gavin Kaysen will open a Mediterranean restaurant, Mara, at its base next month.

But according to Downtown Council statistics as of early May, Minneapolis hotels are struggling at 46% occupancy. Compared with pre-pandemic rates at the same time of year, seated diners at restaurants are at 47% and light-rail ridership is 44% citywide.

Downtown CEOs reluctant to make a full transition back to the office say the pandemic and safety concerns are their top reasons for continuing remote work, Frey acknowledged.

“If you’re an employer, you’re a supervisor, get people back downtown. The ask is clear. The time is right now.”