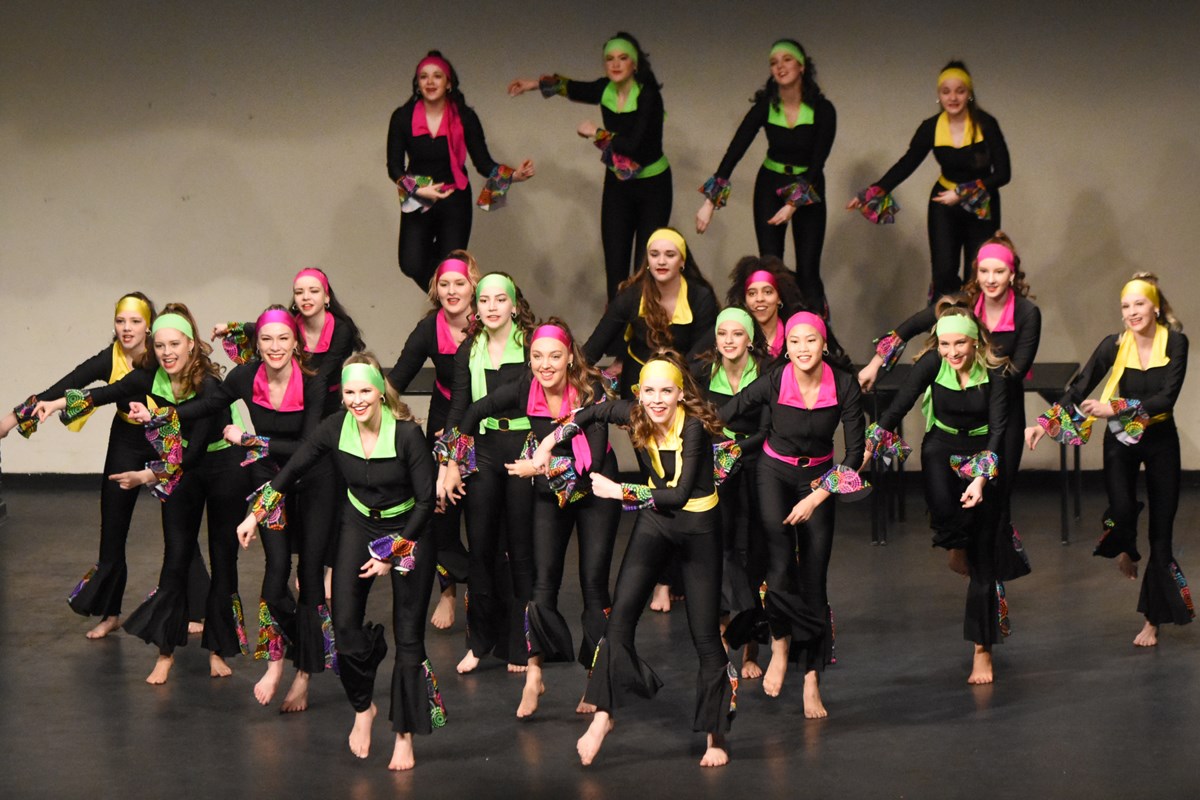 The last time Dance Images by BJ hosted their annual Dance for Hunger Showcase, Captain Marvel was the top movie in the box office, Lil Nas X was a couple weeks away from releasing Old Town Road and the phrase ‘COVID-19 pandemic’ was little more than gibberish.

But in the years since the spring of 2019, the local dance studio has soldiered on. Events might have been cancelled one after another and competition all but impossible, but there was always an eye to the future, when things were finally a little more back to normal.

That time has finally come.

Dance Images is currently hard at work in preparation for the Dance for Hunger weekend at Peacock Collegiate, which will see rehearsals taking place on Mar. 19 before the big show on Sunday, Mar. 20 at 6:30 p.m. in the Centennial Auditorium.

“It’s so special,” said Barb Jackman with Dance Images by BJ. “The kids are just on top of themselves because if you think even just a couple of weeks ago, people were still thinking that this probably wasn’t going to happen. That’s kind of been a regular thing, we think we’re going to be moving forward but the restrictions prevent us from doing things.

“So the kids have lost that sense of things happening, but now they know it is and they’re pumped. Then the teachers are working non-stop to get the kids ready, fitting costumes… oh, it’s crazy. And we’re kind of rushed, too, because we haven’t done this in a while. But we know it’ll come together and it’ll be a really fun weekend for everyone.”

The Showcase will feature the Acro program as well as performances by Solos, Duos and Trios, offering patrons a peek at what they might see throughout the competitive season.

The event also famously carries a charitable theme: fans are asked to bring a non-perishable food item along with them, with all donations going to the Moose Jaw Food Bank. And make no mistake, it’s a successful venture — the donation trucked over from the auditorium every year can be measured by the ton.

“That’s always worked out really well and we’re really proud of it,” Jackman said. “It’s a way for us to reach out to the community and give back, and we’re always really appreciative of all the support everyone gives us.”

Once the Showcase is in the books, Dance Images will move right on to the largest event of its kind in the city since 2019 with the 36th annual Invitational Dance Carnival, which will feature dozens of studios from throughout Saskatchewan and over 600 dancers taking part.

For some members of the local group, it’ll mark the first actual full-on competition of their lives, while the veteran members will be looking forward to showing off their skills once again.

“Some of the younger ones don’t remember it, but the older ones remember and they’ve been feeling that sense of loss, but the younger kids and especially their parents it’s like ‘oh my, there’s so much information’,” Jackman said. “So everyone is a bit rusty and out of practice, but it’s like riding a bike, once we get at it and get going we’ll find our way.”

From there, it’s off competitions in Regina and Yorkton before the Moose Jaw Festival of Dance presents their annual Dance Inspirations event from May 4-8 at Peacock.

Things will wrap up for Dance Images during the June 4-5 weekend with their annual Dance Magic event.

Through it all, they’ll be carrying the theme “DI Pride… Time to Shine”, a slogan that carries a little extra weight this time around.

“We use that slogan every year, but it hasn’t had quite the same meaning as it does this year, after we’ve been off the stage for so long,” Jackman said. “We’re pretty excited and feeling pretty grateful that we can move forward with everything, and we’re looking forward to an exciting dance season.