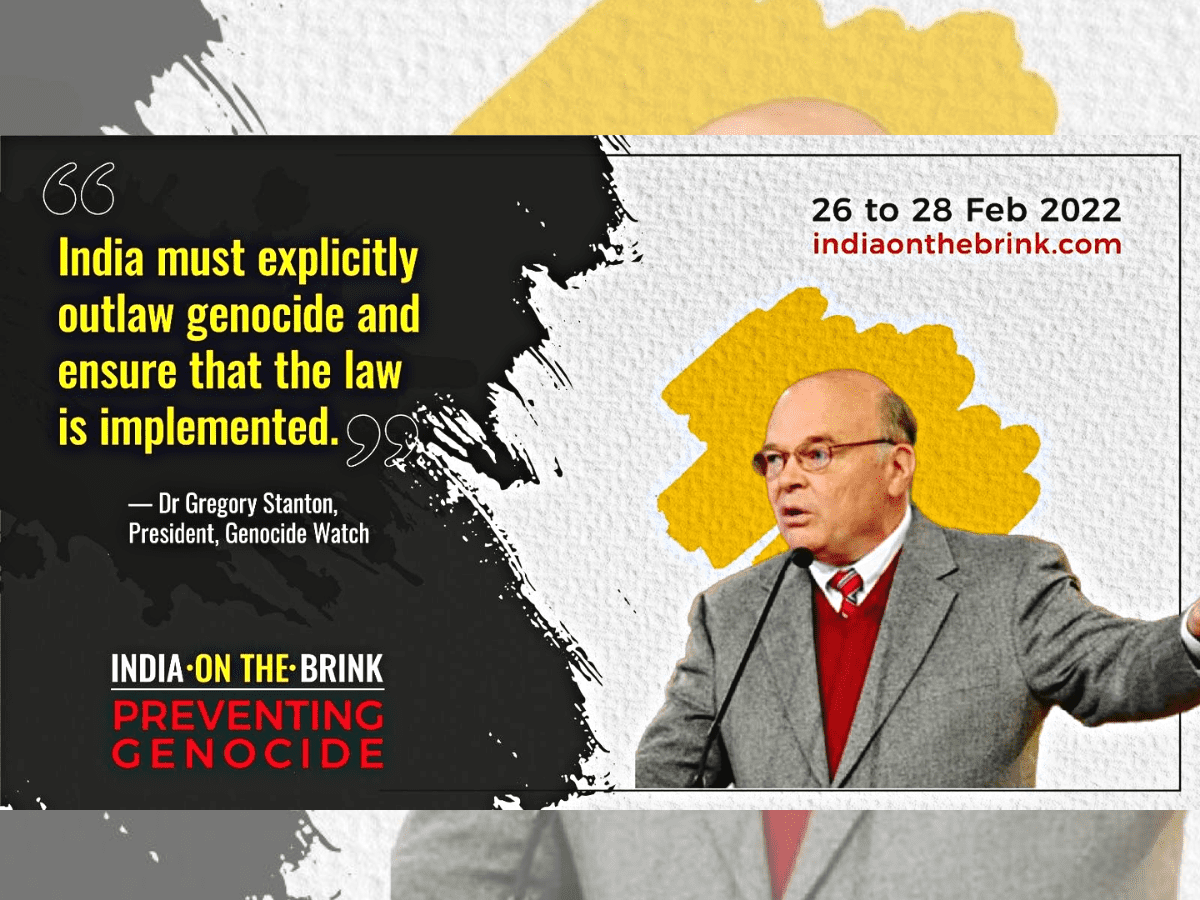 Witnessing the increasing hostilities and intolerance towards Muslims in the country, the President of Genocide Watch Dr. Gregory Stanton, who had predicted the Rwandan genocide, has time and again warned that something similar could happen in India if stern action isn’t taken.

Amidst growing communal tensions in the country over the last few months, with elections ongoing in various states including Uttar Pradesh, incidents of hate towards minorities in an attempt to polarise voters have been on the rise. Incidents and reports of hate crimes including speech, acts of violence, etc have been surfacing on social media.

To prevent further atrocities and possible genocide against Muslims in India, The Genocide Watch is organising a summit ‘India on The Brink’ to discuss instances of hate crimes against Muslims.

Registration for the summit can be done at no cost through the official website of India On The Brink.

The three-day online summit comprising some of the most prominent names that have been an active part of the movement against a possible Muslim genocide in the country will take place between February 26-28.

The summit that begins on February 26 will discuss the Gujarat riots of 2002, which is a reminder of the genocide that took place in Gujarat in 2002, and will discuss the struggles for justice, the impunity of the perpetrators, and the complicity of the state.

The three-day event will commemorate and remember various major atrocities against Muslims the current situation and issues within the country and the way to move forward, to prevent a Muslim Genocide.

The raging hijab row of Karnataka, Hindu response to majoritarian violence, Assam’s Nellie Massacre of 1983, Whatsapp as a weapon of Hate speech and violence, Islamophobia, will also be discussed.

Who is Gregory H. Stanton

Gregory H. Stanton is a former Research Professor in Genocide Studies and Prevention at George Mason University in the US. He is world-renowned for his work in the area of genocide studies. He is the founder and president of Genocide Watch, the founder and director of the Cambodian Genocide Project and the Chair of the Alliance Against Genocide. From 2007 to 2009 he was the President of the International Association of Genocide Scholars.

What is Genocide Watch?

Genocide Watch has been created to predict, prevent, stop, and punish genocide and other forms of mass murder. It seeks to raise awareness and influence public policy concerning potential and actual genocide. They attempt to build an international movement to prevent and stop genocide.

Genocide Watch is the coordinating organization of The Alliance Against Genocide (AAG), an international coalition of organizations. The AAG aims to educate the general public and policymakers about the causes, processes, and warning signs of genocide; to create the institutions and political will to prevent and stop genocide, and to bring perpetrators of genocide to justice.