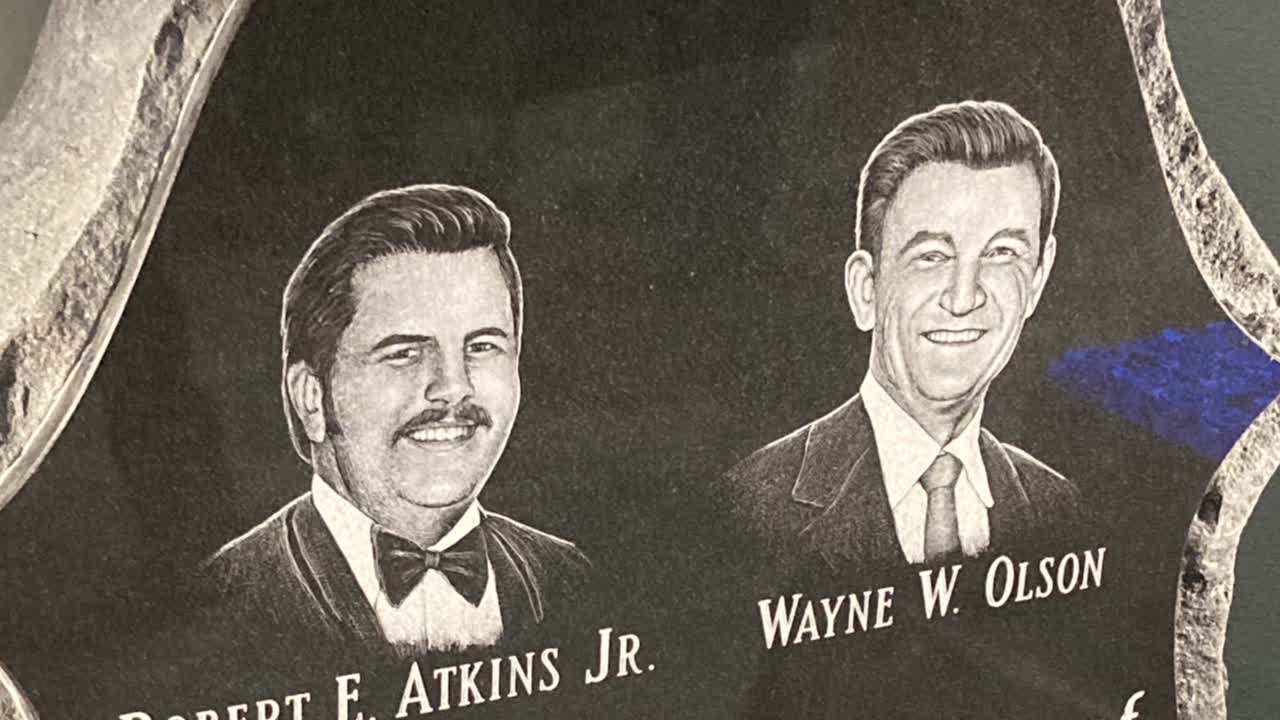 WAUKESHA, Wis. – National Police Week starts Sunday, May 15. But there are many events taking place locally before that.

The Waukesha County Sheriff’s Department has not experienced a line of duty death since 1978 – when two deputies were killed by an inmate inside the courthouse. But it was three years before this tragedy that the widow of a fallen officer set out to make sure no one grieves these losses alone.

Karen Herbert’s husband, Summit Police Officer Robert Atkins Jr. and his partner, Wayne Olson, were killed in the line of duty back in 1975.

“We had just gotten married – we weren’t even married three months. Didn’t have the wedding pictures back,” Herbert said.

It left a hole in Herbert’s heart that has been filled by determination.

“You can say, ‘Oh, woe is me. How did this happen?’ Or you can say, ‘This is what we can do to make things better in the community,’ which is what I’ve chosen to do,” Herbert said.

Every year since, Herbert has helped coordinate Waukesha County’s Law Enforcement Officers’ Memorial Ceremony. It will be held at Fox River Christian Church on Thursday, May 12.

“It resonates for me personally, and I think it resonates for all law enforcement officers and their families,” said Waukesha County Sheriff Eric Severson.

Severson said throughout this career, he has lost four friends in the line of duty. He keeps a commemorative badge of one, Grant County Deputy Tom Reuter, on his desk as a daily reminder.

“I knew that police officers would lose their lives in this profession, but I never thought that I would know one,” Severson said.

Milwaukee police will also hold ceremonies. At the Wisconsin Center on Thursday, May 5, the anniversaries of four line of duty deaths will be remembered – including the ten-year anniversary of Wauwatosa Police Officer Jennifer Sebena’s death and the 2019 death of MPD Officer Mark Lentz.

“We are here to serve the community, and it’s important to remember them for the sacrifice that they did and for their families to know they are not forgotten,” said Efrain Cornejo, Milwaukee police sergeant.

FREE DOWNLOAD: Get breaking news alerts in the FOX6 News app for iOS or Android

For the first time in two years, because of the pandemic, the Annual Mass of Blessing will return to the Basilica of St. Josaphat on Monday, May 9.

Police encourage the public to attend all the events.

Herbert said the show of support helps departments across the country heal.

“If you’ve never been to a law enforcement memorial ceremony – it’s really an honor to be there,” Herbert said.

At the Waukesha County memorial, organizers plan to list the names of all 615 law enforcement officers who lost their lives across the country last year – including those who died from COVID-19.