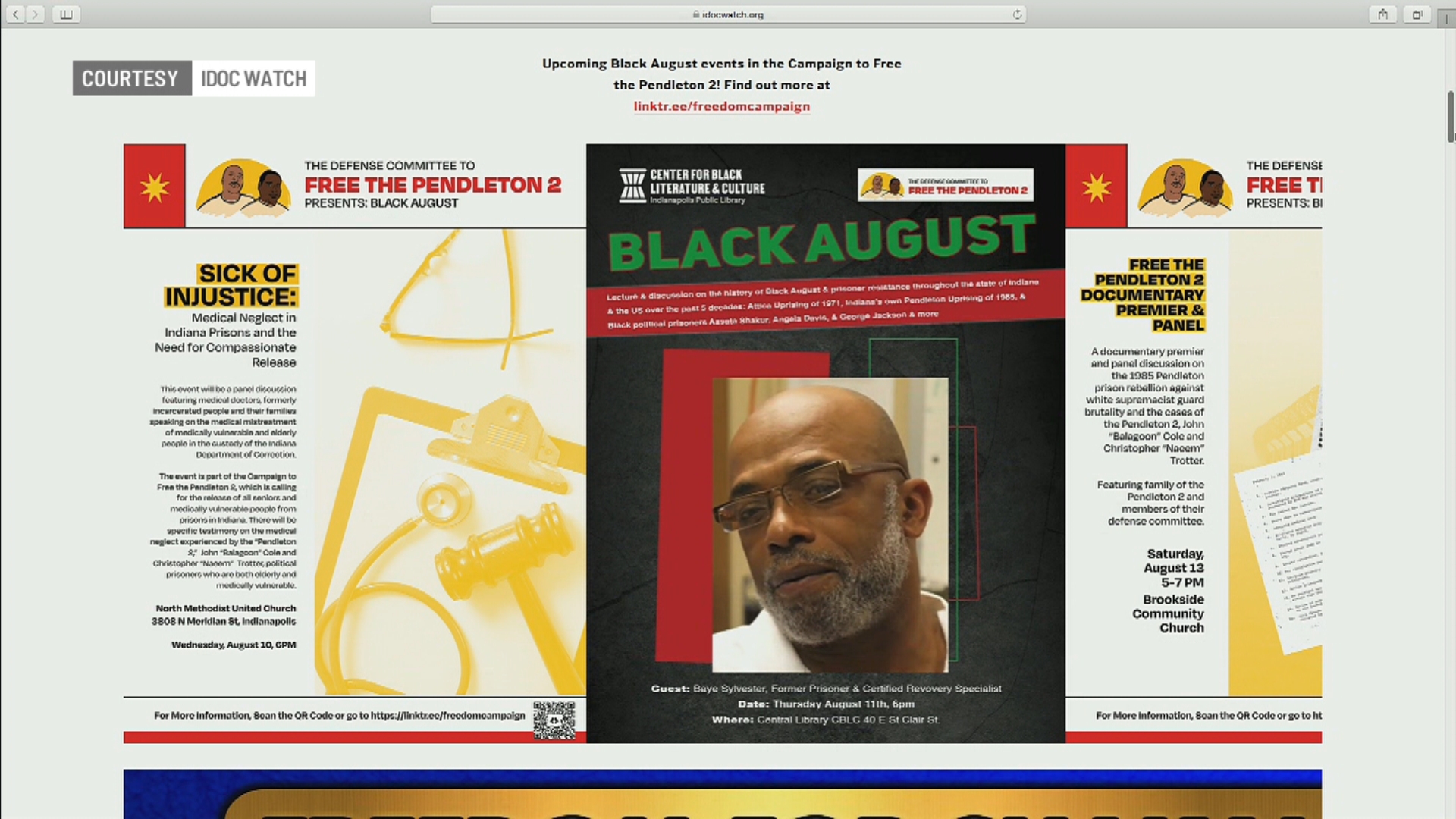 INDIANAPOLIS (WISH) — Black August events in Indianapolis will begin Wednesday. It’s an annual commemoration of Black prisoner resistance movements. Created roughly 40 years ago on the west coast, and is now recognized in cities around the country.

It’s easy to look at some of the Black August events as somewhat controversial. As many of the people highlighted were convicted of crimes. But advocates say there’s often much more to the story.

Black prisoner resistance and rebellion movements go back hundreds of years. And this man — who goes by The King Trill, is doing work to shine a light on ongoing movements.

The King Trill lived a total of 14 years incarcerated and looks at his own experience to inspire his work. He is partnering with the Indiana Department of Corrections Watch, a grassroots organization in part focused on prison reform, and prison legal support.

Starting Aug.10, the IDOC Watch will hold a series of Black August events. Which includes panel discussions, and a documentary about the Pendleton 2.

“When we came across these guys and their story, it had such power and magnitude because you hear about people standing up to oppression,” The King Trill said.

In February 1985, John Cole and Christopher Trotter were a few of the men in what’s know now as the Pendleton Correctional facility, to lead a prison riot against guards accused or racism and brutalizing prisoners.

News 8 asked, “What do you say to those people who say that’s the penalty you pay?”

“It’s a tough question, but those guys did stand up and I’m hopeful after the audience sees the documentary and sees these details, they’ll be able to see that wow these guys were put in an incredible incredibly difficult position,” The King Trill said.

Several people were injured and guards were held hostage. Cole and trotter combined received roughly 200 years. They’ve served about 40 years of that, both men are now in their 60s, looking to find freedom.