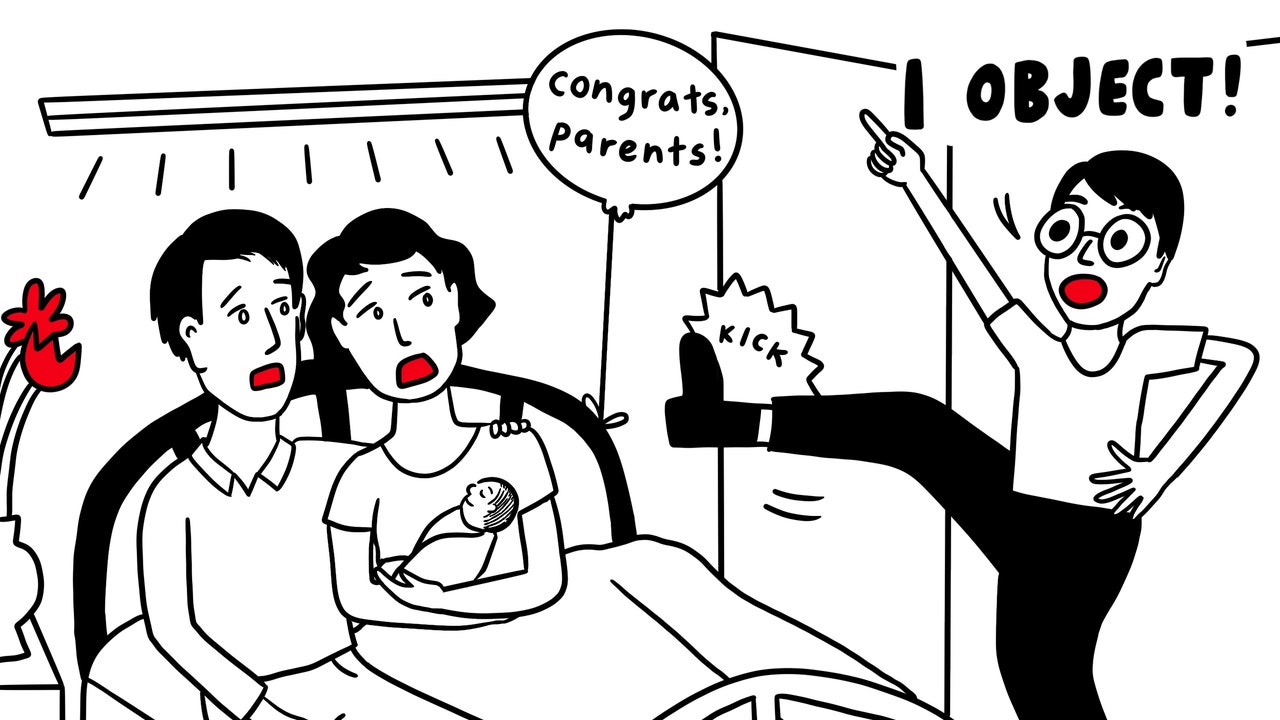 Wedding objections seem to be a thing of the past. This is probably for the best, though I can hardly say that they’re my least favorite part of weddings—that distinction goes to toasts in which the woman is praised as a saint whose only role is to clean up her slob of a husband’s life. Still, I believe that there are any number of other life-changing events at which the person’s friends and family should be able to object.

Buying a house: Listen, you can buy a house if you want to. But you can’t buy one in the suburbs and expect me to visit every weekend. And you ought to consider one with a hot tub. Also, I don’t like purple window trim. You know what, can I just pick the house for you? I’ll start checking Zillow right now.

Having children: I’m not saying you aren’t allowed to have children. I’m just saying you should seek my approval first. If we’re less than one month out from the last time you cut your own bangs, I don’t think you’re ready.

Investing in cryptocurrency: At the very least, post an Instagram poll before doing so. I have faith that the shame you’ll feel from the responses will be sufficient to stop you in your tracks. If not, I’ll intervene.

Posting TikTok dance videos: My objection is actually a massive favor—for you, and for the nice people of TikTok.

Using the word “tight:” Before I can approve it, I need to make sure you’re using it to mean “the opposite of loose” rather than “cool.” You’re not eighteen anymore. And I’m starting to believe that you never were.

Calling the blockchain the cockchain when you attend #NFTMiami and realize it’s all men: I could have told you ahead of time that it would be all men. I’m separately allergic to both puns and crypto references, so please don’t combine them in my presence.

Going vegan: I get that it’s best for the planet, so I will let it slide, as long as you promise never to make me eat anything called a Buddha bowl.

Popping your collar: I’ll assume that this was an accident, but you still should have asked.

Quitting your job to become a crypto-influencer: I’m the one on the receiving end of the texts saying, “Hey, can you please comment the laughing emoji on this? Thank u xoxo bev.eth!!!” Hence, I should have veto power.

Registering as a Libertarian: I did see this coming, but I’m still not ready. It makes me miss the good old days, when the government published lists of people with unsavory political affiliations.

Getting married: On second thought, I do think we should still be able to object to this. Especially if your wedding is being officiated by a smart contract.