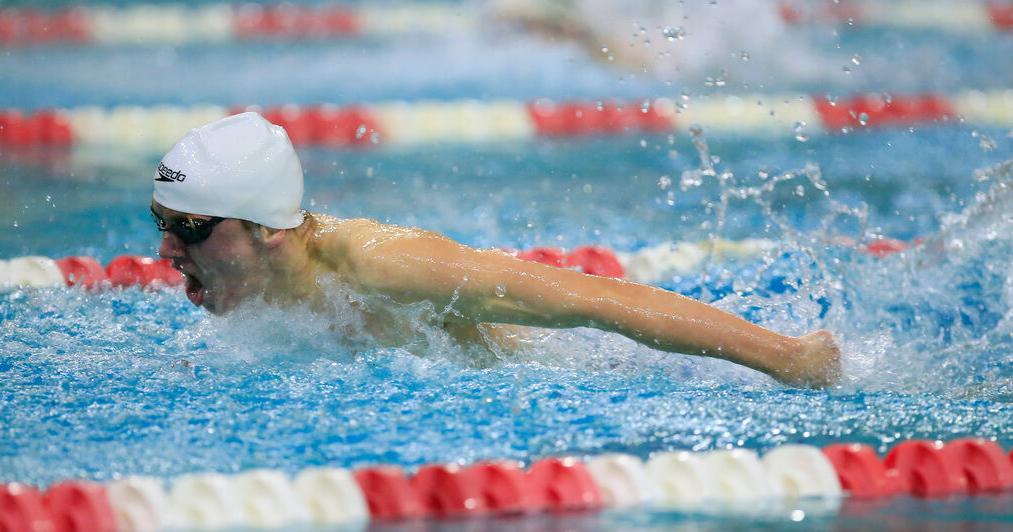 Earlier in the meet, Paul Wissel of Niagara Wheatfield won a tightly contested 50 freestyle with a time of 21.74 seconds, edging Isaac Pace of Medina, who finished second with a time of 22.15 seconds. Ben Kisker of Hamburg was third in 22.20 seconds.

“Going into it, I knew I was the first seed, but the kid next to me, Isaac Pace, was really fast, and I think the adrenaline started to kick in,” Wissel said. “All I had in my mind was to not let him catch up to me, always stay ahead, and it eventually worked.”

Wissel noted that the 50 is a quick race.

“It’s super tough. One mistake and you’re pretty much done,” he said. “If you have a bad start, that’s the difference between about half a second. With such a short race, you can barely make up time.”

Wissel had a chance at a second individual win, but he ended up being edged by Gasiewicz in the 100 breaststroke.

In the other individual events, the 500 freestyle was won by Nathan Eaton of Williamsville East with a time of 4:51.13, and Gannon Moore of Frewsburg won the 100 backstroke in 54.32 seconds. Aidan Morgan of Lockport won the 100 freestyle in 48.63 seconds.