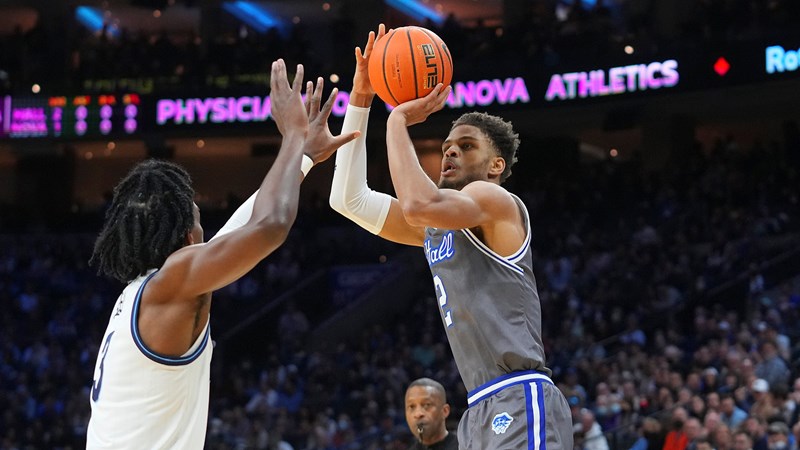 
South Orange, N.J. — The 2022 ESPN Events Invitational bracket has been revealed and the Seton Hall men’s basketball team will take on Memphis at 7:30 p.m. on Thursday, Nov. 24 at State Farm Field House at the ESPN Wide World of Sports Complex near Orlando, Fla.

The game will be televised on ESPN News and the Pirates will face either Oklahoma or Nebraska in their second game. On the other side of the bracket on Nov. 24, Florida State will face Siena at 11 a.m. followed by Ole Miss vs. Stanford at 1:30 p.m.

The Thanksgiving matchup marks the fifth all-time meeting between the Pirates and the Tigers. Seton Hall last played Memphis on Nov. 21, 2008 at the Puerto Rico Tip-Off. The Pirates’ lone win in the series was a 103-71 victory on Jan. 22, 1953 in Walsh Gymnasium. Three of the the four meetings have come on a neutral court.

Seton Hall is 15-6 in its last 20 early-season, multi-team event games, including championship runs at the 2014 Paradise Jam Tournament and the 2018 Wooden Legacy Tournament. The Pirates last competed at the ESPN Events Invitational in 2016-17.

The 2022 ESPN Events Invitational, a bracket-format tournament, will feature 12 games over the three days. Each team will compete in one game per day, advancing through a bracket-tournament format. The two teams that remain undefeated throughout will face off in a championship matchup Sunday, Nov. 27.

All games will air on the ESPN networks, including Sunday’s championship game on ESPN (1:30 p.m. ET).

Ticket information and travel packages will be announced later this summer. Fans can sign up on the event website for a pre-sale to guarantee first access and a $10 discount on all price levels. Travel packages, which include a discounted rate at the Gaylord Palms Resort as well as transportation to/from the arena, will soon be available via Anthony Travel. To learn more and sign up for notifications visit https://onlocationexp.com/college-sports/espn-events-invitational-tickets