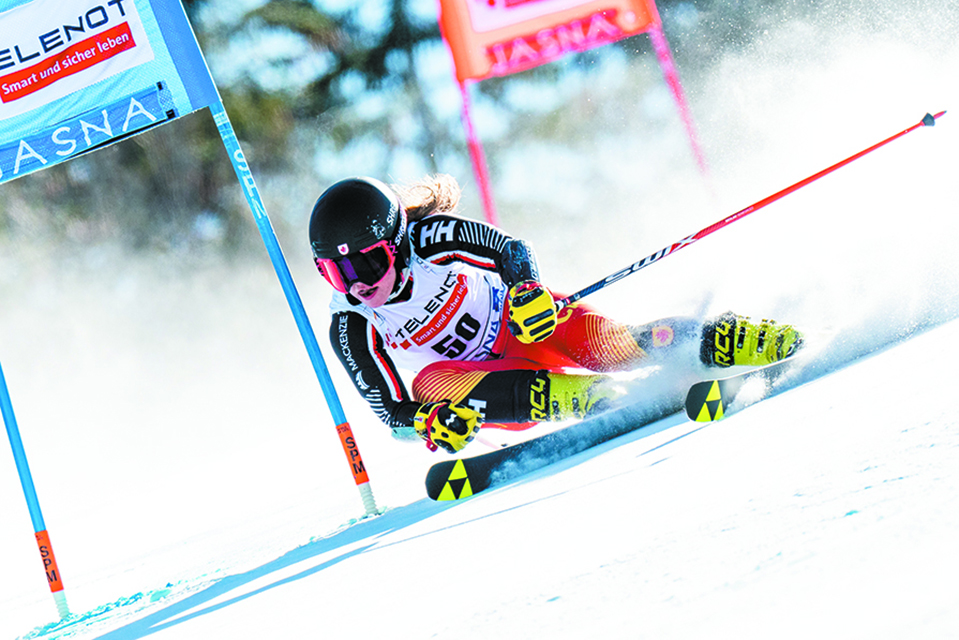 Panorama alpine racer Cassidy Gray and her three teammates in the Canadian mixed team parallel slalom event were beaten by Slovenia in the first round at the Beijing Olympics.

Gray was participating in her second event at the Beijing Games, in the mixed team parallel event on Sunday, Feb. 20, after she had competed in the women’s giant slalom (GS) earlier in the Olympics.

The mixed parallel slalom is relatively new to the Olympics, having become an official medal sport only four years ago at the 2018 Olympics in Pyeongchang, Korea. The event is contested by national teams made up of four skiers (two women and two men). In each round, two countries race each other directly in a knockout style format. Two skiers, one from each country, ski down a set of side-by-side identical courses at the same time, and whoever crosses the finish line first gets one point for their country. After all eight skiers (four from each country) have raced, the country with the most points goes on to the next round. If the score is tied, then the country with the best aggregate time (the total time of all four skiers) goes to the next round.

The event was originally scheduled to be held on Saturday, Feb. 19, but high winds at the Yanqing National Alpine Skiing Centre, about an hour outside of Beijing, forced the parallel mixed team slalom race to be postponed until the following day.

Canada met Slovenia right off the bat, in the 1/8th final, with the winning team then moving on the quarterfinals. Canadian woman racer Erin Mielzynski was the first down the course for Canada, beating Slovenian Ana Bucik, to give the Canadians a 1 point advantage. Slovenian male Miha Hrobat then beat Canadian Erik Read to tie the event between Canada and Slovenia at 1 point apiece. Gray then took to the course, but was beaten by Slovenian woman Andreja Slokar, giving Slovenia a 2-1 lead in points. Trevor Philp beat Slovenian Jan Kranjec to tie the score 2-2, but the Slovenians advanced to quarterfinals as they had the better aggregate team time.

In the end, the top ranked Austrian mixed parallel team won the gold medal. American superstar alpine skier Mikaela Shiffrin, who had earlier in the Games shocked observers by getting disqualified in both the slalom and the giant slalom events (events in which she had previously won Olympic gold) missed in her final bid for an Olympic medal at the Beijing Games, after she and her American teammates finished fourth in the mixed team slalom, getting beaten by Norway in the bronze medal round. 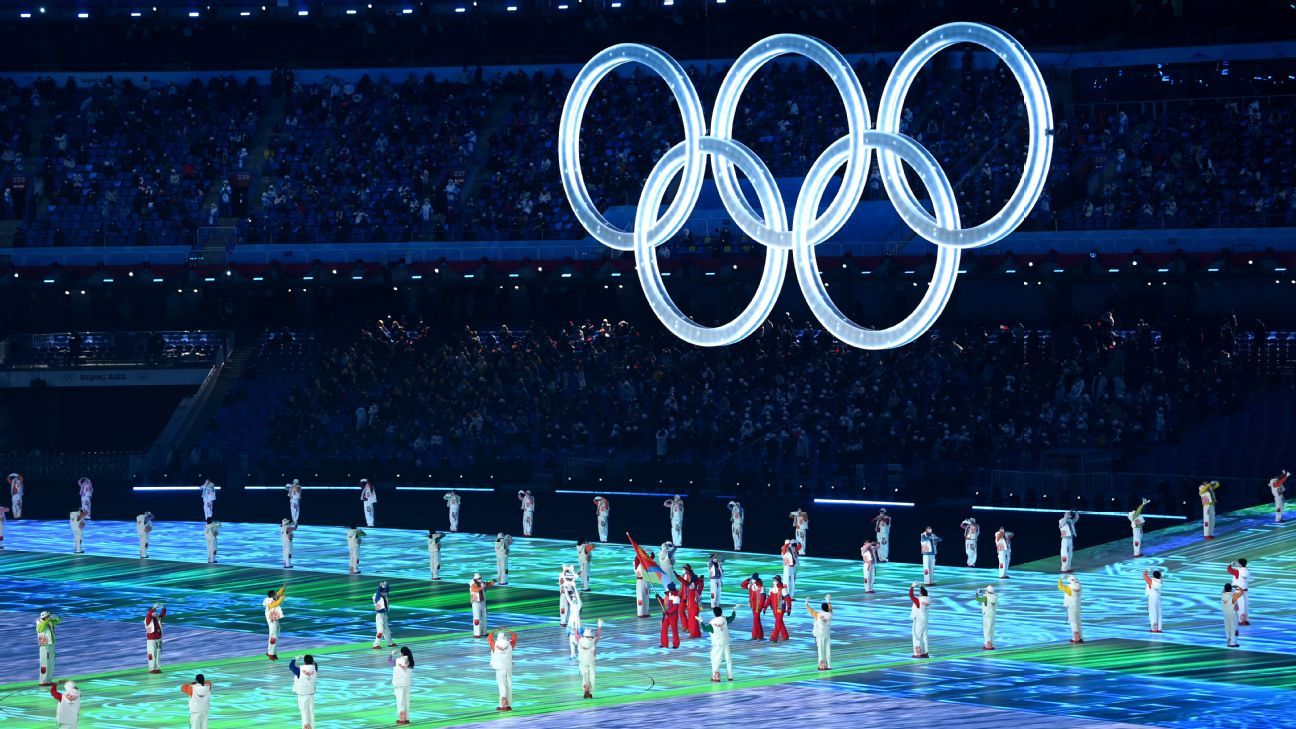 The second run of the Olympic men’s giant slalom has been postponed amid heavy snowfall and low visibility at the Yanqing Alpine Skiing Center.

Marco Odermatt of Switzerland has a lead of 0.04 seconds over Stefan Brennsteiner of Austria and 0.08 over world champion Mathieu Faivre of France after the first run.

It is the first time snow has fallen during an Alpine skiing race at the Beijing Olympics.

Snow has been falling since Saturday at the Yanqing Alpine Skiing Center, where athletes had been racing and training on artificial snow. A second women’s downhill training run scheduled for Sunday was canceled.

The skiers said it is tough to see but good enough to race in.

Fourth-placed Henrik Kristoffersen of Norway said, “The light is more than skiable,” but added, “It just makes it difficult.”

A downhill race has faster speeds than the giant slalom and so is more dangerous to ski when visibility is poor.

There is another downhill training scheduled for Monday, ahead of Tuesday’s race. 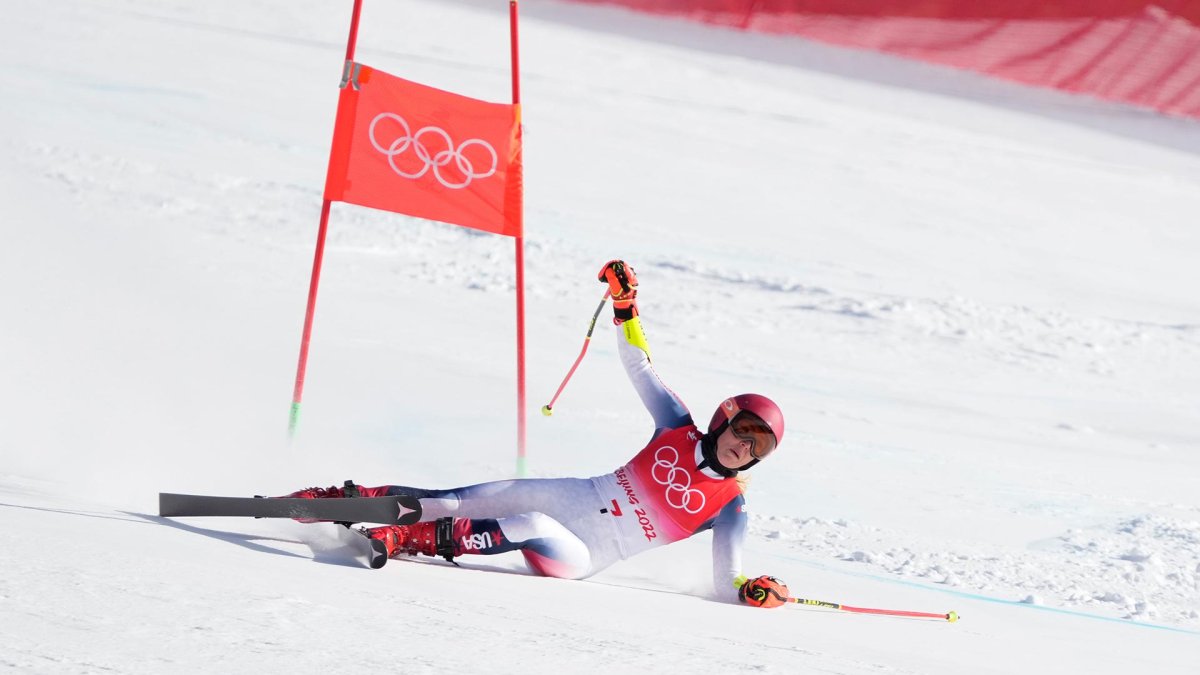 It’s been a difficult Winter Olympics thus far for Alpine skiing great Mikaela Shiffrin. The 26-year-old American has twice done something she hardly ever does in international competition: “ski out” of a race.

It’s a dreaded term for elite ski racers, one that is usually accompanied by the letters DNF – did not finish – meaning a skier failed to complete the course and register a valid run.

Alpine skiing courses are lined with brightly colored markers, called gates, which athletes must ski through as they navigate the slope. In the downhill, super-G and giant slalom disciplines, gates are marked by pairs of flags anchored to the snow by flexible plastic poles. Making contact with a flag is allowed, provided that every part of the skier’s body and equipment stays inside the inner-most pole.

Gates on a giant slalom course.

Slalom is a bit different. For starters, the gates are made up of single poles rather than larger flags. The poles, alternating in color, indicate various turns the skiers must perform down the hill.

Gates on a slalom course.

A common misconception is that the color of each pole indicates whether the skiers must go to the right or left of it. While this might often appear to be the case when watching a slalom competition, the color of each pole is simply meant to let the skiers know which gate is up next. It falls upon the athletes to learn the proper combination of turns outline by the course, which happens during set inspection periods in the hours or days before a race.

What does it mean to ski out?

Simply put, skiing out means missing a gate at any point during a ski race. The consequences of doing so are instant disqualification from the event even if it spans multiple runs, as slalom, giant slalom and the combined event do at the Winter Olympics.

Sometimes, especially in the speed disciplines of downhill and super-G, ski outs happen when an athlete loses control and crashes off his or her skis. Shiffrin suffered a minor crash – and was uninjured – during her giant slalom run.

However, skiers can also ski out even without crashing if they stray too far outside the racing line, as Shiffrin did two days later in the slalom. 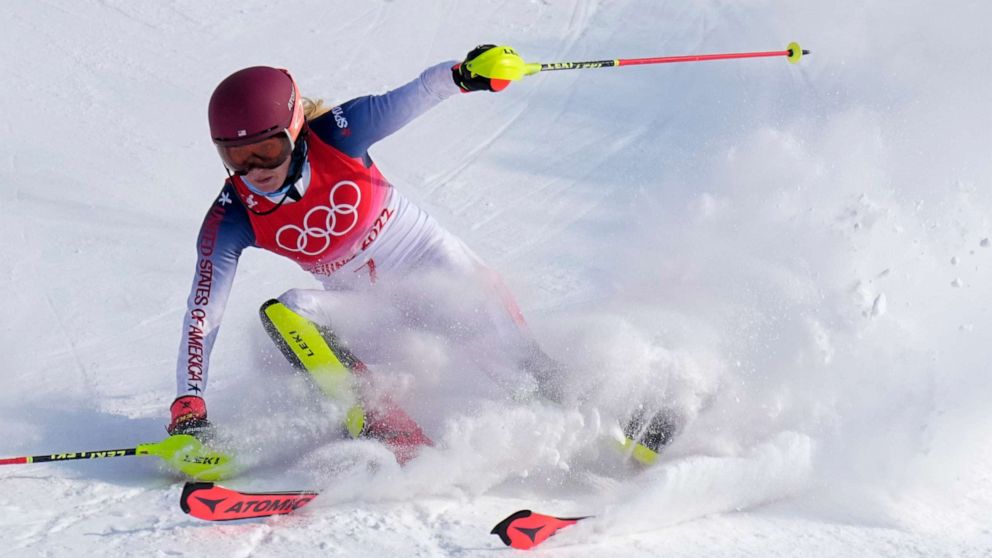 The six-time world champion is expected to compete in three other events.

For the second straight competition, Mikaela Shiffrin has shockingly busted out of the competition just seconds into the first run. Shiffrin missed the fourth gate in her slalom run, the event where she won her first Olympic gold in 2014, and will not contend for a medal.

The skier, who was expected to challenge for several medals in Beijing, sat on the side of the hill, with her head in her hands, for minutes after the stunning accident.

The second run will come later in the evening.

The 26-year-old also fell during her first run in the giant slalom on Monday, disqualifying her from the event.

“Could blame it on a lot of things…and we’ll analyze it till the cows come home, but not today,” Shiffrin said on Instagram following that crash. “Today I chalk it up to really awful timing of a really frustrating mistake. Moving focus to slalom now, AND cheering for my teammates in the second run of the GS and the DH!”

Shiffrin aims to have many chances to attempt those feats during the games as she plans on competing in three other Alpine events over the next two weeks.

She is still expected to compete in the super-G on Thursday, the downhill on Valentine’s Day and the combined on Feb. 17.

Shiffrin, a Colorado native, has been competing since she was 16 and quickly became one of the sport’s all-time greatest skiers with her record-setting performances. She is the most decorated Alpine skier in the world circuit having won 11 World Championship medals, six gold.