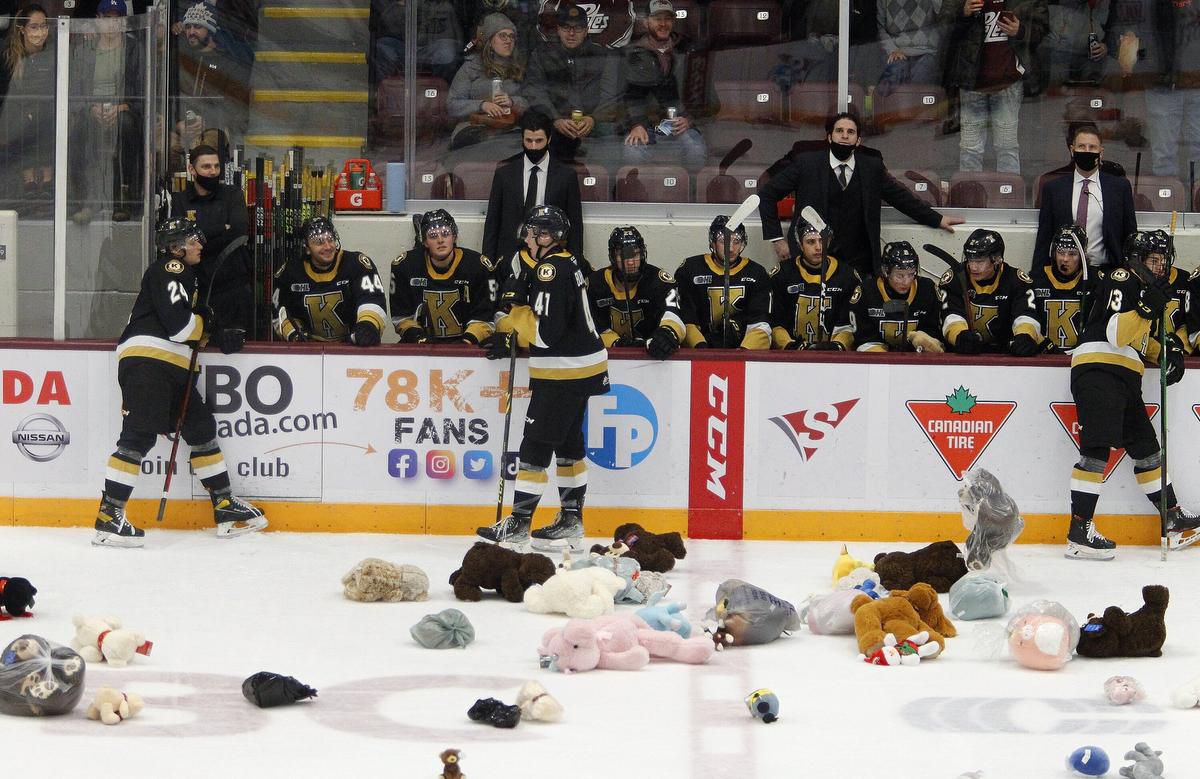 It was on the famous, or infamous, 16th hole. The par-three hole is surrounded by bleachers holding up to 17,000 very rowdy fans. Most fans spend the entire day there and as each golfer hits they yell, cheer and jeer at their effort.

When Ryder’s ball fell into the cup they covered the green and area in beer cans, not all empty. They repeated the dangerous act the next day after another ace.

Over the years a number of articles have been thrown onto play surfaces for a number of reasons.

In the 1996 Stanley Cup playoffs, Florida Panther forward Scott Mellanby killed a rat in their dressing room with his hockey stick. Fans brought plastics rats to the following games and threw them on the ice after every Florida goal. It was reported the team would collect the rats off the ice and resell them to fans before the next game.

In 1952 a Detroit Red Wing fan who owned a fish market spirited an octopus into the game. When the Wings scored their first goal, he threw it on the ice. He explained it took eight playoff wins to win the Stanley Cup in the days of the six-team NHL and the octopus has eight tentacles. The custom continues today even though it takes 16 wins.

Fans of the Nashville Predators, a geographical rival of the Red Wings, recently started to throw catfish onto the ice. The NHL announced that if it continued the team would be assessed a delay-of-game penalty. Now an occasional fish flies over the boards prior to games.

On promotion nights teams give out a variety of items to entice fans to the game. At one time frisbees were popular until a hockey game in the Western Hockey League game unwisely handed them out before the game. The team had an extremely bad game and by the end every Frisbee handed out was thrown on the ice by disgusted fans.

One item that is permitted to be tossed on the ice by all hockey teams is hats. In 1940, the story goes, a haberdasher in Toronto, Sammy Taft, offered the Maple Leaf players a new hat for a three-goal performance. The term “hat-trick” grew from his offer.

In those days practically all men wore fedoras, a fairly expensive heat gear. There was obviously no inclination to throw them on the ice. That practice really started when younger fans in their ball caps, which most had many of, started throwing them on the ice after a third goal by a player.

Today the Teddy Bear toss has become a regular for most junior and minor pro hockey teams. It started to give local first responders teddy bears to give children at accidents or traumatic scenes. Today the tosses, usually in December, supply charities the toys for Christmas hampers and other handouts.

One unique event that was popular locally in the Miller Bowl lacrosse bowl days and later the Civic Arena era was the blanket toss. Often a minor lacrosse or hockey team would carry a blanket around the rink or bowl during an intermission and fans would toss coins into the blanket to help the team financially.

At the Petes first game, in November 1956, each patron was given a sample can of a new liquid dishwashing detergent. The Petes won that first game in overtime and needless to say many of those cans, including mine, ended up on the ice in celebration. That ended that pre-game practice!