KITCHENER — The Kidspark event planned for Sunday has been cancelled due to weather concerns.

In a press release organizers said the event, which was to run from 11 a.m. to 5 p.m. in Victoria Park, was cancelled due to anticipated heavy rains and thunderstorm risk on Sunday.

“The City of Kitchener and event partner, the Kitchener Public Library want to thank performers, entertainers, vendors, sponsors and volunteers and all of those involved for their hard work and dedication to the annual event and look forward to bringing back a bigger and brighter Kidspark in 2023,” the release said. WATERLOO REGION — Summer is in full swing with local events happening all season. Here are seven events to check out.

The annual festival brings together 38 breweries, three distilleries and four cideries from across the province. Attendees also have the chance to try different foods, listen to live music and play giant Jenga or beer pong.

Hosted by the Kitchener-Waterloo Multicultural Centre, the festival offers live music, artisans and an array of food and craft booths. The annual event is family-friendly and draws upwards of 40,000 attendees each year.

Canada Day events are returning to Downtown Kitchener this year with lots of family-friendly fun, an evening concert featuring singer Alyssa Reid and a fireworks display to end the night.

The festival features dance performances and activities from several countries as well as an art exhibit and a local artisan market.

The largest “true blue” festival in Canada will have more than 50 acts throughout the four-day event. Admission is free for the 20th annual Kitchener Blues Fest. 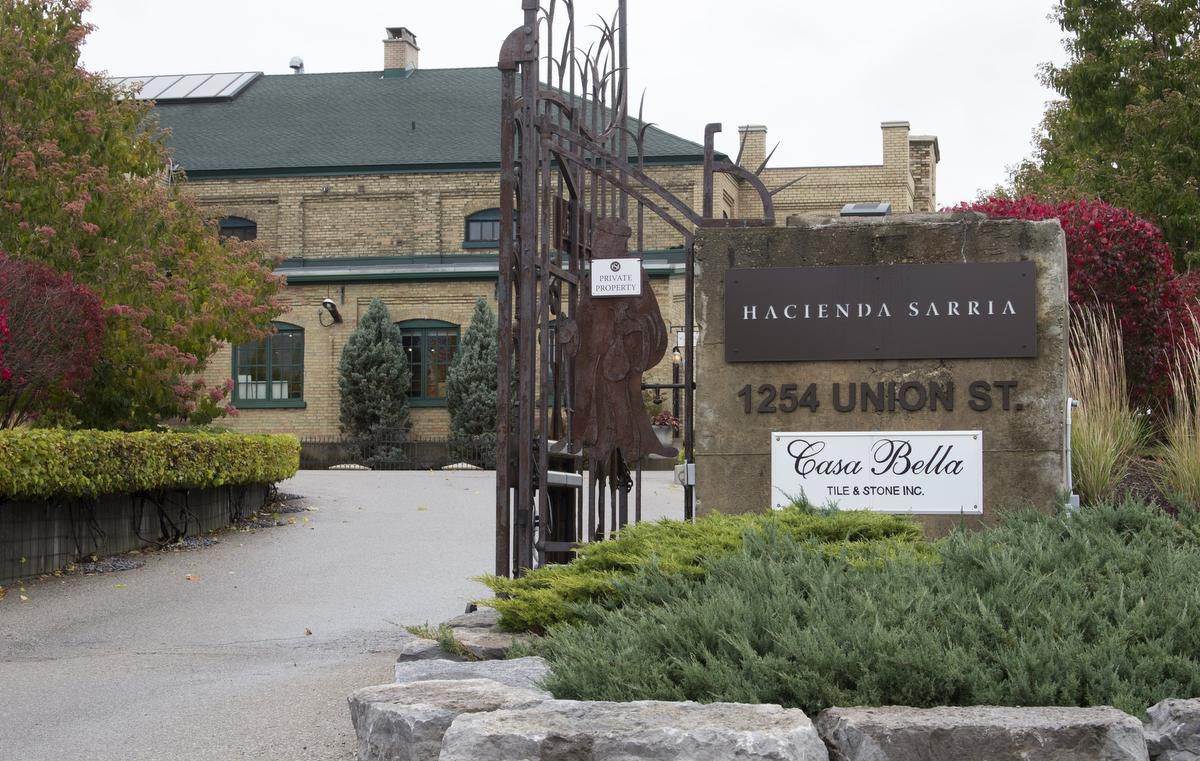 KITCHENER — The event space formerly known as Hacienda Sarria is once again being used as a venue for weddings and other celebrations.

Bingemans is now booking events at the 1254 Union St. site in Kitchener. The venue, once a former steel factory that was transformed by the late Ron Doyle to resemble a centuries-old Spanish villa, is now being called the Union Event Centre.

But even under a different name and with a different company co-ordinating events, the venue hasn’t been able to shake its connection to the bankruptcy of Hacienda Sarria in 2020.

In response to Bingemans’ advertisements on Facebook, people have recognized the venue and pointed to the Hacienda event company’s bankruptcy that led to more than 100 couples and organizations losing their deposits.

According to documents from BDO Canada, the licensed insolvency trustee handling the bankruptcy case, creditors are owed more than $1 million from wedding deposits, prom bookings, and other events. Documents show the company had been losing money for years.

Mitch Taylor and his partner were among the couples who put down thousands to have their wedding there. He said the timing of Bingemans hosting events in the space is “extremely disappointing” to see.

“We wouldn’t really feel so bad and disappointed about weddings being hosted there if there was resolution to the situation at hand,” he said. The bankruptcy case is still ongoing.

Taylor said at this point, he and other creditors aren’t expecting to see their deposits returned — at least not willingly.

If the bankruptcy case closes and no money is recuperated, the group looking at filing a commercial lawsuit against the bankrupt 1836816 Ontario Inc., also known as Hacienda. Taylor said it would be great if couples could get their deposits back but it’s more important that the responsible parties are held accountable.

“Bringing justice to light is really a hot motivation right now, and obviously recuperating money would be a cherry on top.”

The director of Hacienda was Nadine Doyle. The property at 1254 Union St. was owned by her father, Ron Doyle, but following his death last year, the property is now owned by Suzanne Doyle and Nadine Doyle.

Multiple attempts to reach Suzanne and Nadine were not successful.

Taylor said when he heard Bingemans would be holding events at the Union Street venue, it raised a number of questions for him and others, including: what happens to the money Bingemans is paying to use the venue?

“Is that money going to the owner of that venue who ultimately is linked to the bankrupt corporation?”

Taylor said those responsible need to be held to account, if not just for this situation to serve as a “wake up call” to any other corporations potentially considering bankruptcy “and doing this to other people.”

If people see what happened with Hacienda and become hesitant about leaving deposits with other event co-ordinators, “what is that stigma going to do to the event industry?”

Bingemans’ president, Mark Bingeman said his company made arrangements with the landlord of the Union Street property earlier this year to utilize the space for events. When asked by The Record, Bingeman would not share the name of the landlord, or identify the numbered company.

He said he wasn’t able to comment on the ongoing bankruptcy proceedings because his company had no involvement with Hacienda Sarria or the bookings that were terminated in 2020.

Future of the property unknown

In the fall of 2020, the Union Street property was put up for sale for nearly $8 million. It’s unclear if efforts are still being made to sell the property.

Bingeman said he didn’t know about the long-term use of the space as an event venue. His sales team is focused on booking events for this year only and isn’t looking beyond 2022.

Bingemans will be treating this location like all the other venues offered to clients, he said. All deposits and payments will be made to Bingemans only.

“All we know is, any clients booking with us can be rest assured that their events will be executed as they expect.”

He said the venue still has plenty of dates available for spring and summer weddings. The Union Street site isn’t included in the list of venues on Bingemans website, but has been shared on their social media accounts.