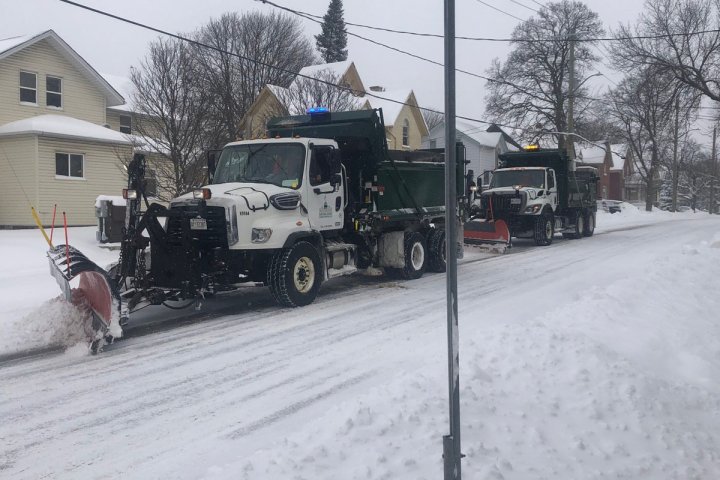 Ahead of Thursday’s expected snowfall, the cities of Kitchener, Cambridge and Waterloo, Ont., have all declared snow events that prohibit parking on city streets.

The snow events in Kitchener and Waterloo come into effect at 9 p.m. while Cambridge’s will start at midnight.

The times mark deadlines for cars to be off the streets or potentially face the consequences, which could include a fine or being towed if snowplows are unable to effectively clear a road.

The cities declare snow events in the event major storms are in the forecast but Waterloo notes that they typically end quickly. In the case of the major storm which hit the area in January, they were extended by an extra day.

Environment Canada has issued a snowfall warning that covers most of southern Ontario including the Waterloo Region.

The agency said snowstorms are expected to arrive Thursday afternoon with the potential for up to 20 centimetres of accumulation by Friday morning.