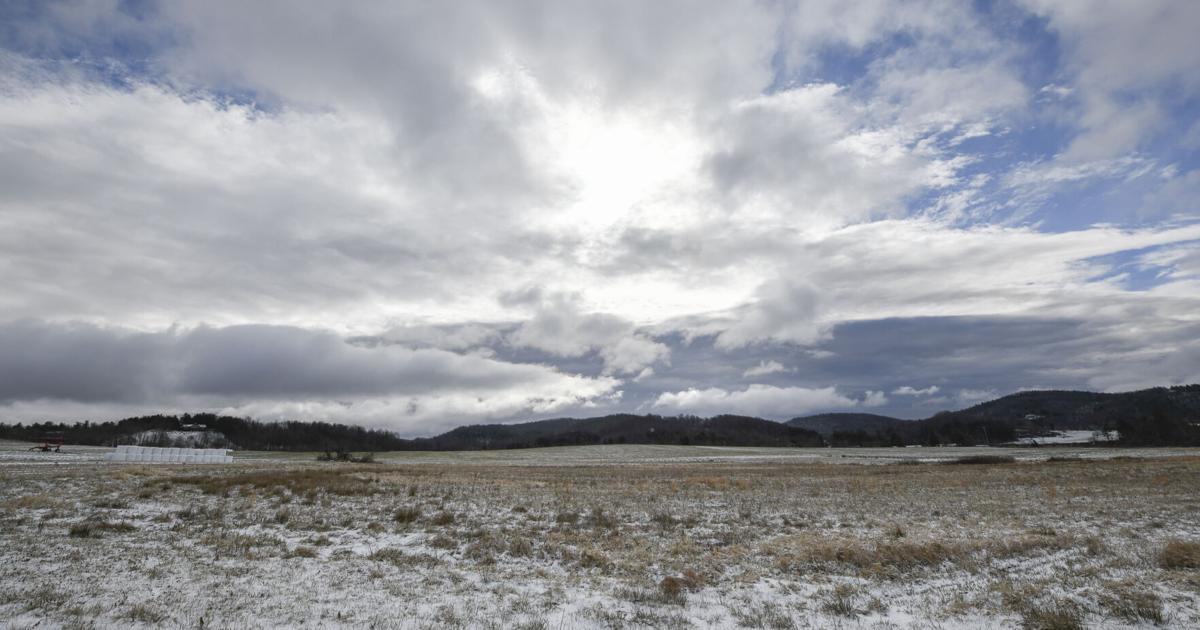 Many basketball fans have been caught up in power rankings and now NCAA Tournament seedings, scratching their heads at how their favorite team can be rated so low.

I’m similarly perplexed at how this winter ranks so low on an intensity scale that I created.

It all underscores the inherent imperfections and inevitable subjectiveness of multifactor scales, be it for weather or sports or something else entirely.

Back in November, I rated the first 21 winters of the 21st century to date in the Roanoke area according to a formula I developed to assess each season’s severity based on several factors.

A sleigh ride down memory lane, with a new index to rank the 21 Roanoke-area winters of the 21st century.

Using that scale, which I didn’t publicly name but have toyed with calling RAWSI (Roanoke Area Winter Severity Index), the constantly cold and deeply snowy 2009-10 winter rates as the most severe winter of the 21st century to date with 84 points, quite unsurprisingly, while the very mild 2011-12 winter and minimal-snow 2019-20 winter are tied for last place with two points.

That strikes me as odd, even illogical. There is no way I would consider last winter to be more severe than this one.

Last winter had lots of borderline wintry precipitation events but nothing really lasting or all that impactful, at least in the immediate Roanoke area. This winter, by contrast, had a thick icy snowpack that lasted two to three weeks for many, 11 straight days officially, Roanoke’s longest lasting snowpack in seven years.

I heard from people who were stuck in their homes for several days by the unrelenting, difficult-to-remove icy snow cover on their driveways and rural roads, resulting from an 8-inch Jan. 16 storm that included about 2 inches of sleet, followed by days of only partial melting and hard re-freezes.

I left the region for an entire week and returned to find the snow cover on my yard looking basically the same as when I left.

This winter’s rating took a hit, however, in having 29 days with highs reaching 60 or more, tied for third most on record going back to 1912, compared to only 15 days with a low 20 or below. While the middle part in January was quite wintry, the bookends in December and the latter half of February were mild. The result in my formula is that it lost 14 points for having that many more 60s highs than sub-20 lows.

Also, last winter had 13 days of measurable snow, though most of those had very minor amounts, compared to only six such days this winter.

In basketball terms, you can think of this winter as having had more bad losses, mild days, than it did quality wins, cold and snowy days. (Your personal perception may be the opposite, that mild days are wins and cold and snow are losses, but that’s not the point of the rating scale.)

How more high-profile and important scales for rating weather events fall short in various ways engenders much discussion in weather social media circles, and the arguments can rage as hotly and last far longer than do those for how various teams are seeded in a basketball bracket.

The Enhanced Fujita Scale used for tornadoes is often criticized because it is based solely on damage markers, which means the happenstance of what a tornado hits can be more important than the strength of its winds.

A tornado with 200 mph winds that only flips a portable outhouse and hits nothing else is an EF-0, when it could be an EF-5 if it swept the foundation clean on just one well-constructed home. There is no radar or instrument observation that can raise a tornado rating if there is no observed tornado damage to support that rating.

The Saffir-Simpson Scale for hurricanes is considered lacking by some because it doesn’t include storm surge as a factor.

The inherent problem is that coastal geography plays a major role in storm surges, so hurricanes of similar size and strength could cause widely varying storm surge levels on different coastlines. But there is no doubt about the important role storm surge plays in damage and death toll with landfalling hurricanes, and the scale does seem to be missing something overlooking storm surge.

Three factors I didn’t include in my RAWSI were days of snow cover, the size of the season’s largest snowstorm, and anything related to freezing rain.

Adding just the total days of snow cover, 13 compared to eight a year ago, plus the size of the season’s largest snowfall, 8 inches compared to 5 a year ago, would have been just enough to move this winter ahead of the last one by one point.

I didn’t include days of snow cover for the simple reason that I have hopes of extending this rating system eventually to the entire period of record going back to 1912, and there is a point several decades back where this data becomes spotty or unavailable.

I didn’t include the size of the largest snow mainly because two of the four factors already emphasize snowfall and having more than half of the scale based only on snow statistics seemed a bit much.

Overlooking ice storms in a local winter rating scale is similar to overlooking storm surge in a hurricane scale, but I could find no consistently recorded, readily available data point related to freezing rain to add to this formula.

And, frankly, for what I was trying to accomplish with the article in November, I didn’t want the trouble of tracking down and adding together six or seven factors.

So the 2021-22 winter will have to live with its 15th seed, which would put it in a first-round bracket pairing with the second-seeded 2013-14 winter, that winter’s fans fuming that having the biggest snowstorm of the young century should somehow be weighted more and get it seeded first ahead of the New England-style winter we had in 2009-10. 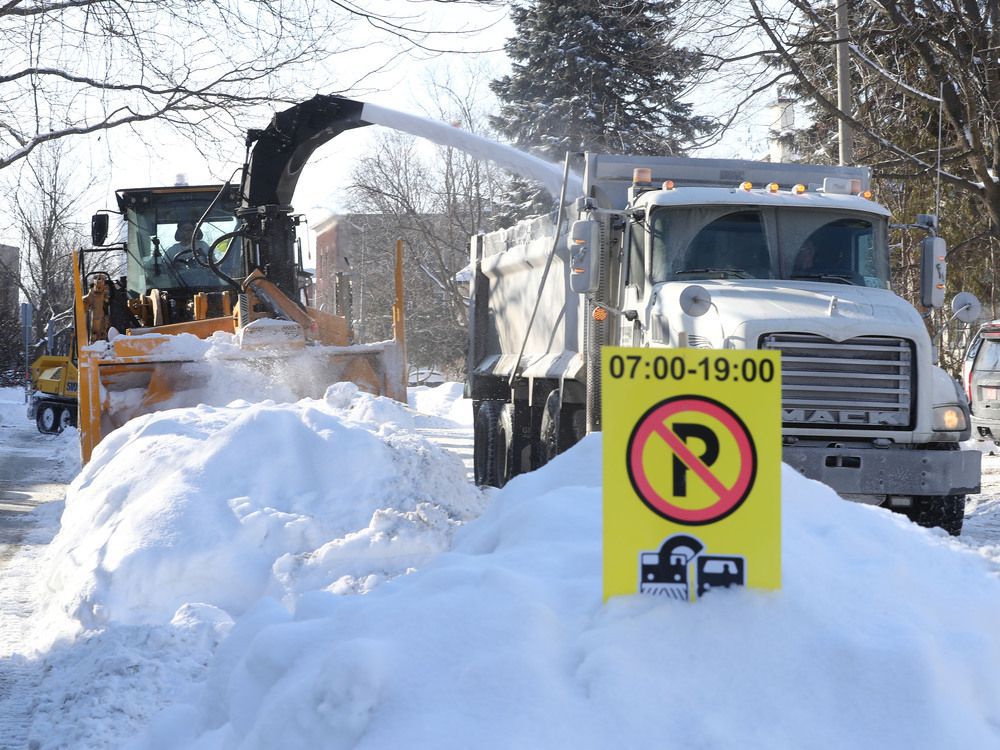 A snowstorm that started Thursday afternoon prompted the City of Ottawa to declare a “significant weather event.”

On-street parking will be banned Friday between 10 a.m. and 7 p.m. as crews clean up from the anticipated heavy snowfall. Anyone with an on-street monthly parking permit is exempted from the ban, but the city is encouraging motorists to find off-street parking options to help plow operators.

Environment Canada predicted as much as 30 centimetres of snow could fall by Friday morning. The city said it could take longer than usual to clear roads, sidewalks and bike lanes. The downtown occupation could also impact snow clearing in that area.

Public transit will be heavily impacted on Friday and in the coming days because of the snowstorm and the downtown occupation, which is coming under stronger police enforcement.

OC Transpo warned transit customers that a limited number of articulated buses would be deployed to routes, with the agency relying heavily on double-decker buses and 40-foot buses for service. Buses will run on reduced schedules across the city.

The articulated buses have had a difficult time operating in deep snow, as illustrated during a blizzard last month, when 48 centimetres of snow fell on Ottawa in one day.

OC Transpo is also closing the LRT line between Pimisi and Hurdman stations for an unspecified period of time starting Friday morning. Trains will still run between Tunney’s Pasture and Pimisi stations, and between Hurdman and Blair stations. Downtown LRT stations will be closed.