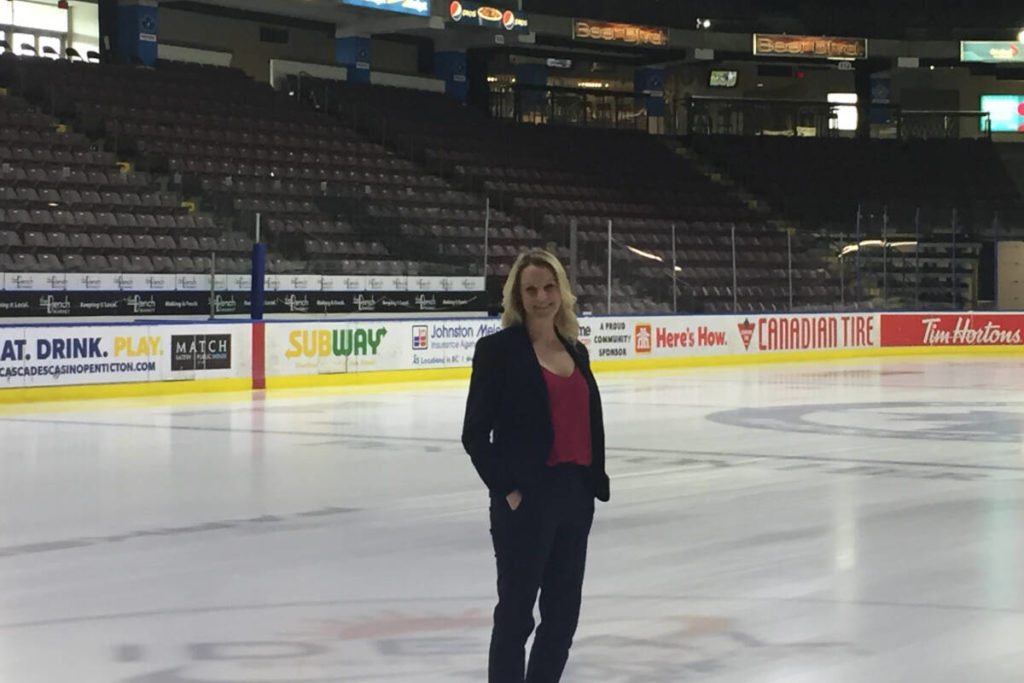 Included in the Wednesday, May 4 print edition is our Women in Business magazine where we highlight South Okanagan women who are making a difference in the community and in the business world. Below is a profile on Carla Seddon, who is featured in the magazine.

When the South Okanagan Events Centre first opened its doors for Penticton in 2008, it was much more than just an ordinary day at work for Carla Seddon – it was the start of an over decade-long relationship between herself and the community.

Being the director of corporate partnerships and premium seating may be what she calls herself now, but it didn’t come without first taking on a number of sales roles at the venue shortly after she watched her previous career take an unexpected turn as a result of the real estate market crash over 14 years ago.

Seddon would quickly learn, though, that job titles would be the least of her concerns at the SOEC – especially when it’s time to welcome thousands of people into her workplace for an event.

“I am part of a passionate team that does a lot of different things that need to happen to make these shows go on,” she said.

“People spend their hard-earned dollars to be here. It’s not groceries or electricity that we’re selling, we’re selling entertainment, so we want to make sure people feel as though the event they go to is something they want to spend their money on.”

It’s the little things that Seddon prides herself on delivering when she watches members of her community have the time of their lives when an act like Carlos Santana takes the stage at the South Okanagan venue.

“If I can run and grab some popcorn or another bottle of wine for people while our servers are busy, then I can do that,” Seddon explained. I want to make sure everyone has a great time. We know people have choices on how to spend their dollars, so it’s not something we take lightly.”

As director of corporate sponsorships, the majority of Seddon’s responsibilities involve what she does weeks in advance of a show. But her day doesn’t end once an event is underway.

“I’m pinch-hitting at that point,” she said. “We’re doing everything we need to do that might not be part of our normal job titles.”

When Seddon first started at the SOEC 14 years ago, she was fresh off of a career in real estate.

“I started off really green,” she laughed.

“I learned the industry quickly, learned what’s happening in other markets and learned how to run the building in a community like this.”

Seddon and her colleagues came together in 2008 to understand what the people of South Okanagan wanted in their entertainment.

It was one of the first moments where she realized the importance of building a strong relationship between the community and the SOEC.

Seddon is one of several staff members who have been there since the beginning. That, along with her ability to wear ‘many different hats’ at work, has helped her grow with not only the SOEC but Penticton as a whole.

In those years, the SOEC has brought world-class entertainment to Penticton, with some high profile events and concerts from internationally-recognized acts like Ringo Starr, Rihanna, ZZ Top, Alice Cooper to events like the Harlem Globetrotters and Celtic Illusion.

The Penticton Vees’ move from Memorial Arena to the SOEC is a day Seddon will never forget and it solidified the start of great things to come to the SOEC.

“I think COVID has really taught us not to take anything for granted, so I’m grateful for everybody that walks through that door.”