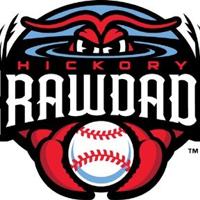 Numerous area athletic contests scheduled for Tuesday were postponed prior to presstime, as announced in emails sent to the Hickory Daily Record. The exhibition game between the Lenoir-Rhyne baseball team and the Hickory Crawdads will now be played on Wednesday at 6 p.m. at L.P. Frans Stadium.

• Watauga at Hickory girls and boys lacrosse postponed to next Monday

For updates on other area sporting events that were scheduled for Tuesday, contact the host schools.