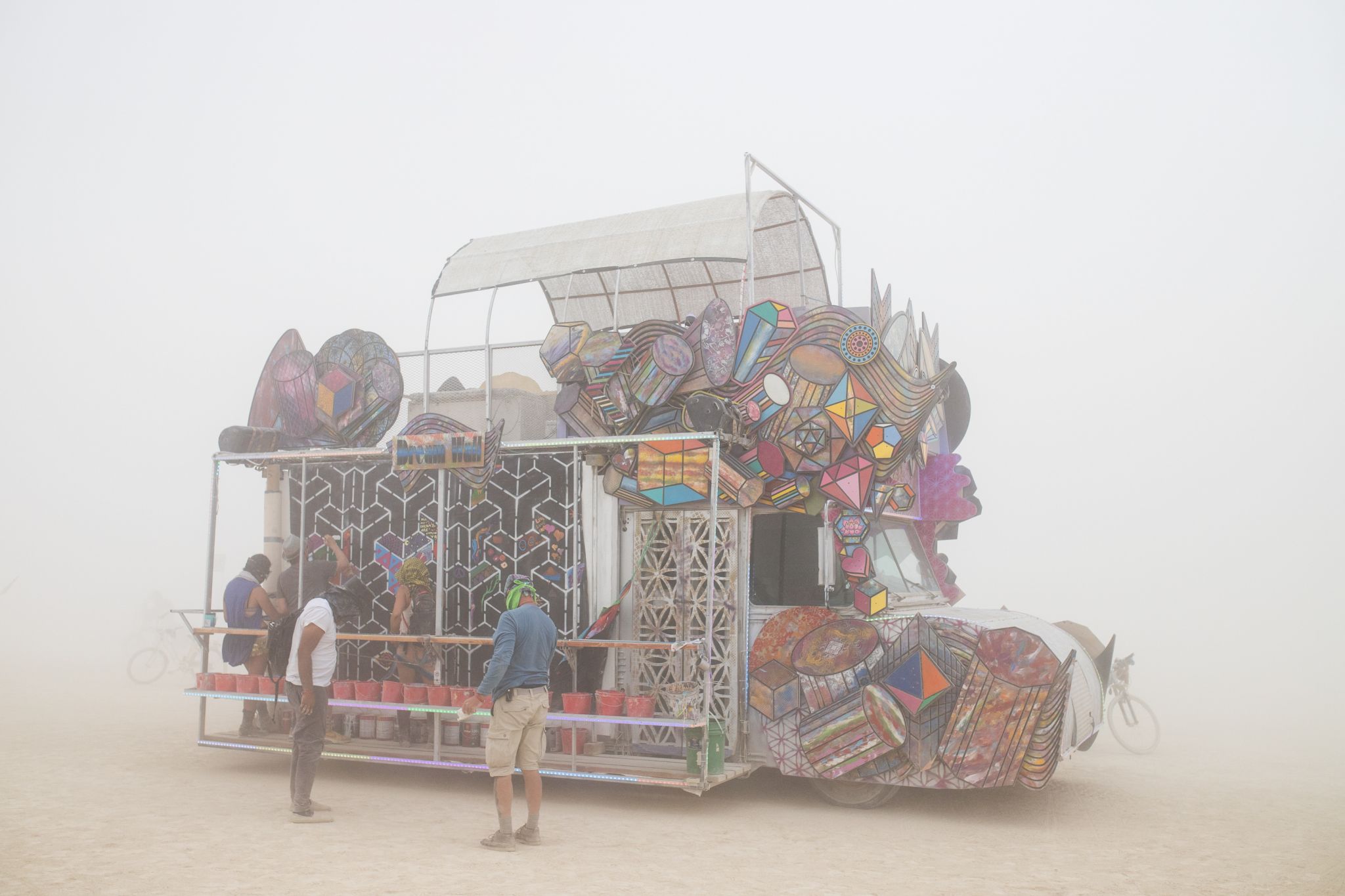 With just hours to go until Burning Man’s namesake event — igniting the wooden “man” effigy— a dust storm hit the Black Rock Desert in Nevada and threatened to derail the nine-day-long festival.

Around 4 p.m. on Saturday, Burning Man’s official handle tweeted that the playa, the affectionate nickname for the desert area where the festival takes place, was experiencing “whiteout conditions.” The account informed would-be travelers that the main gate had been closed and declared bluntly, “do not drive.”

National Weather Service meteorologist Amanda Young explained to the Chronicle that the wind event occurred when a cold front hit the area.

Reports from the festival claimed that the dust was thick enough to block out the sun. Not that it stopped the burners from having a good time.

Total whiteout in daytime at times with gusting winds, can’t even locate the sun, at Burning Man, @SaigonTheKomodo and @Nican shown between Fur Camp and Coyote Garden pic.twitter.com/iImr8Lbkzx

Intense weather events are nothing new for Burning Man. Daytime highs have been hitting triple-digits all week long, and an even more intense dust storm hit the festival in 2018, with winds topping out at 60 mph. Indeed, many burners might say the brutal conditions are part of the appeal. A thick coating of dust on one’s clothes and skin is seen as a rite of passage for new burners.

That being said, given the intense exposure and remoteness of the festival, powerful wind events have the potential to be extremely dangerous.

Thankfully, for the tens of thousands assembled, the dust storm died down as the afternoon turned to evening, and the ritual burning of the man was able to go on without an issue. 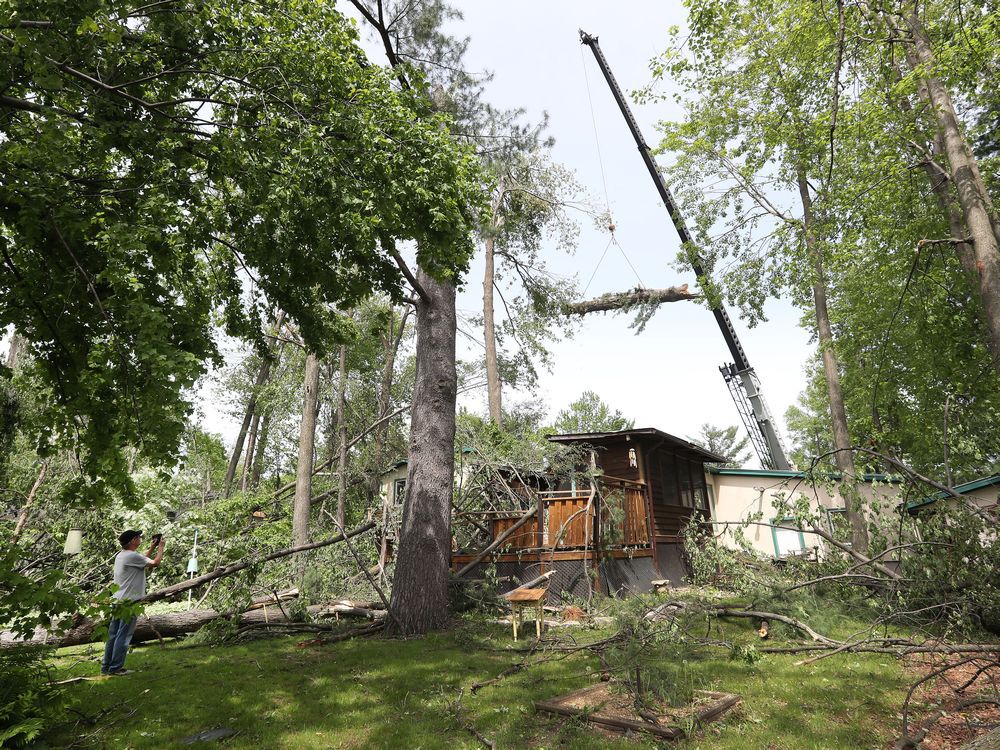 The storm that toppled trees and hydro poles in Ottawa caused more than $875 million in insured damage as it swept from southern Ontario into Quebec May 21, according to initial estimates.

Damage is estimated at over $720 million in Ontario and $155 million in Quebec according to Catastrophe Indices and Quantification Inc., the Insurance Bureau of Canada (IBC) said in a release.

The bureau pointed to the widespread destruction, deaths — at least five in the Ottawa area and ten across Ontario —  and widespread power outages.

“The derecho event ranks as the sixth largest in terms of insured losses in Canadian history and is a sobering reminder of the increasing risk climate change poses to communities across Canada,” IBC said in the release.

“IBC continues to advocate for a National Adaptation Strategy that will result in tangible short-term measures that improve Canada’s climate defence. Governments at all levels must act with urgency to prioritize investments that reduce the impact of these severe weather events on families and communities.”

Eight of the costliest disaster in Canadian history have happened since 2011.

The bureau was on the ground in Ottawa after the storm and said residents with insurance questions can reach them at 1-844-227-5422) or ConsumerCentre@ibc.ca and find more information about wind damage online.