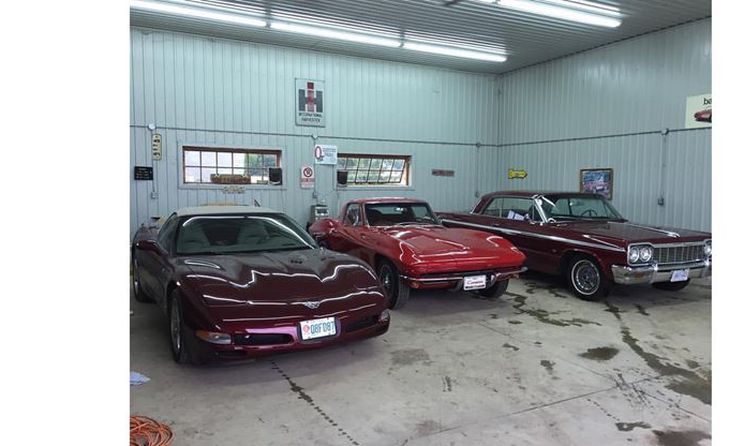 Show off your classic car at Sundridge’s Sunflower Festival  NorthBayNipissing.com 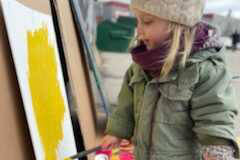 Nine years ago, Loughery painted a sunflower mural on the side of a local real estate building at 30th Street and Highway 6. It was an internment mural, about what happened to people of Ukrainian and Austrian descent in the First World War. It was the first such mural in Canada.

On Sunday, Feb. 27, Loughery and a handful of fellow artists gathered at the mural to paint sunflowers as a show of peace.

“Today, with everything happening in the world, we as artists – led by (Vernon artist) Brenda Ellis – said ‘Let’s come together, let’s do a painting and let’s show what we’re standing for is peace on this planet,” said Loughery, whose three-year-old granddaughter, Eili Kette, was among those out painting sunflowers on canvasses.

Ukraine, of course, has been front and centre in world news following an invasion by Russia. Okanagan communities – there are approximately 20,000 people in the Okanagan who identify as Ukrainian-Canadian – have held rallies since the invasion on Thursday, Feb. 24, to show support and love for the people of Ukraine.

“This wall is so poignant and everything came together to stand here right now about the sunflower,” said Loughery.

The sunflower is the national flower of Ukraine and the country is one of the world’s leaders in producing sunflowers and sunflower oil.

Ellis, who was painting fence pickets blue with yellow sunflowers – blue and yellow are the colours of Ukraine’s flag – also had a bowl of sunflower seeds on her table. Loughery told an important tale about the seeds and a Ukrainian immigrant who came to Canada starving.

“She had sewn sunflower seeds in her skirt so she could have the flower and the food to survive in Canada,” said Loughery. “The heart of the sunflower seed is in all of us as humanity.”

Loughery and her fellow artists are excited to bring the sunflower to the forefront locally.

“It’s beautiful,” she smiled. “It’s the people, place and planet, guys. We’re all in it together.”