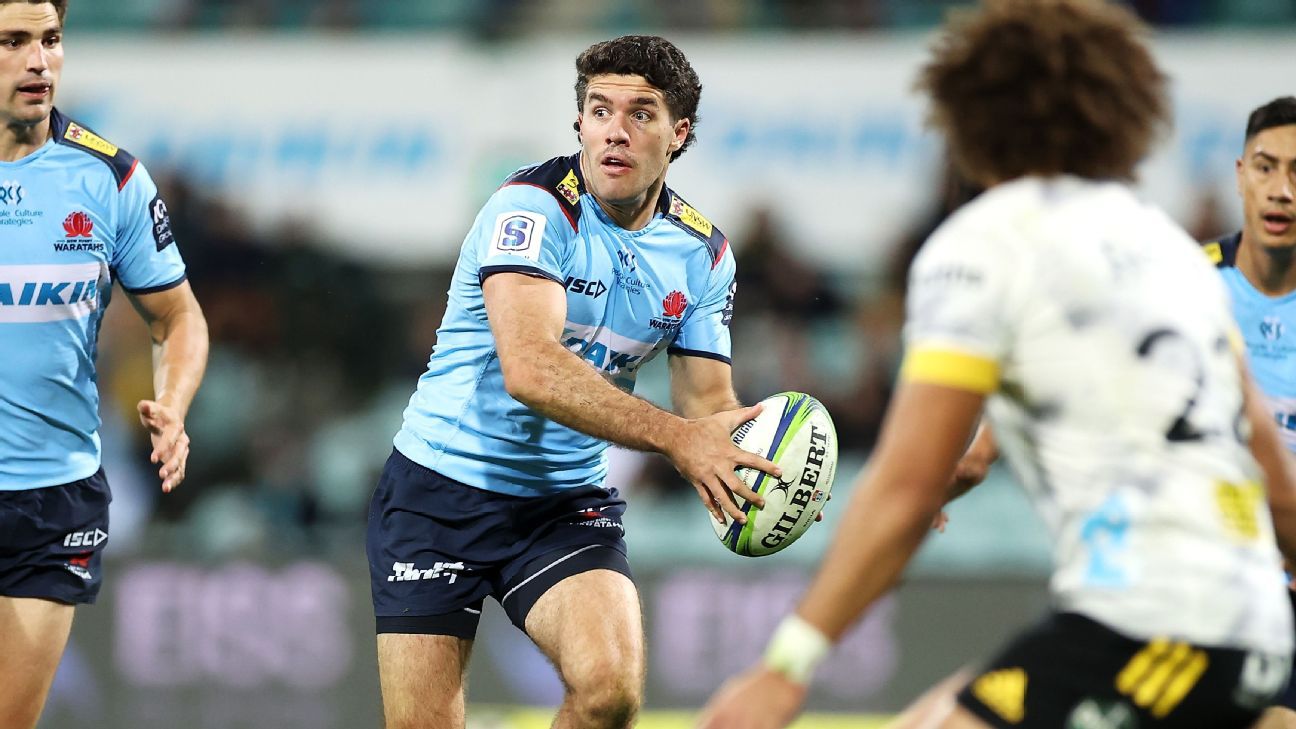 Talented Waratahs playmaker Ben Donaldson believes the lure of a British & Irish Lions series and a home Rugby World Cup is a motivating factor that will help keep young players in the country, as news of further overseas departures hit Australian rugby on Wednesday morning.

According to the Sydney Morning Herald, Wallabies forward Lukhan Salakaia-Loto and Brumbies youngster Nick Frost will head to Japan at the end of the year, while any hope Rugby Australia had of bringing world-class Rory Arnold back home has been scuppered by a Japanese deal that will make him the highest paid Australian player in the game.


All three are perfect examples of the money that exists offshore, but it’s also a reminder that while big offers from overseas were once largely the domain of players coming towards the end of their careers, these days players of all ages can take advantage of such an opportunity.

But speaking to media ahead of his side’s showdown with arch rivals the Reds in Sydney on Friday, Donaldson said he was focused on what he could achieve on home soil, rather than any big-money offer that might be available overseas.

“Yes and no, I’ve thought about it a little bit,” he said of his longer-term future. “But I’m more short-term kind of guy, I basically just look at the year that it is now. So I’ve got some goals for this year obviously and I’m really process driven, so week by week, I just worry about the game that’s coming this week, and then next week we’ll worry about that when it comes.

“I guess overseas, it’s definitely in my plans down the track, but my main goal is obviously to stay in Australia for as long as I can and play for the Wallabies – that’s the No. 1 goal before anything else.”

Australian rugby is on the cusp of another golden run of local events, with World Rugby set to ratify the nation as 2027 World Cup hosts later this year.

With the Lions set to head Down Under in 2025, hosting the World Cup two years later means Australia will have the same stellar calendar it did just after the turn of the millennium, giving players the opportunity to contest the game’s two flagship international events on home soil within three years of each other.

And Donaldson says he, and many young other players too, have the events circled on their calendar.

“It’s very exciting for Australian rugby with all these big events happening in the next four to eight years,” he said. “A lot of us young boys coming through, it’s not just me, but a lot of boys are really striving to be here, to be around for those big events.

“And me personally, they’re a few goals of mine for the long term. But like it is with the 10s, I feel like there’s a good opportunity at the moment and in the next few years to really push my case and keep improving so that I can be around for those big occasions.”

While he acknowledges the money may be hard to resist for some, Donaldson says it does not outweigh his desire to play well for club and country.

“I really hope [people hang around], because there is a good crop of players in Australia at the moment coming through the ranks, a lot of boys really pushing their case for the Wallabies,” he said.

“But yeah it’s hard to say, the money overseas attracts a fair few players. But I know for myself and a lot of boys who I’m mates with, we’re not too worried about money at this stage, we just want to play well for our state and country.”

Donaldson is one of a number of talented young Australian playmakers in Super Rugby Pacific this year, and this week has the chance to test himself against Wallabies veteran James O’Connor.

With the Reds star among the favourites to wear the No. 10 jersey against England later this year, Donaldson is keen to put his name on the radar of Wallabies selectors with a good performance in the always feisty local derby.

“It’s exciting, I obviously love testing myself against these guys who have been in the Wallabies setup for a while now,” he said. “And like you said, play a few good games and you never know what might happen.

“The goal is to make the Wallabies squad, and especially coming up against James this weekend, he’s a class player, so it’s a bit more for me to try and earn his respect. If I can play a good game, I can earn his respect and then the [Wallabies] coaches as well. But it’s more exciting than anything, try to have a good game, prepare well, nothing really changes and then hopefully I play some good footy.”