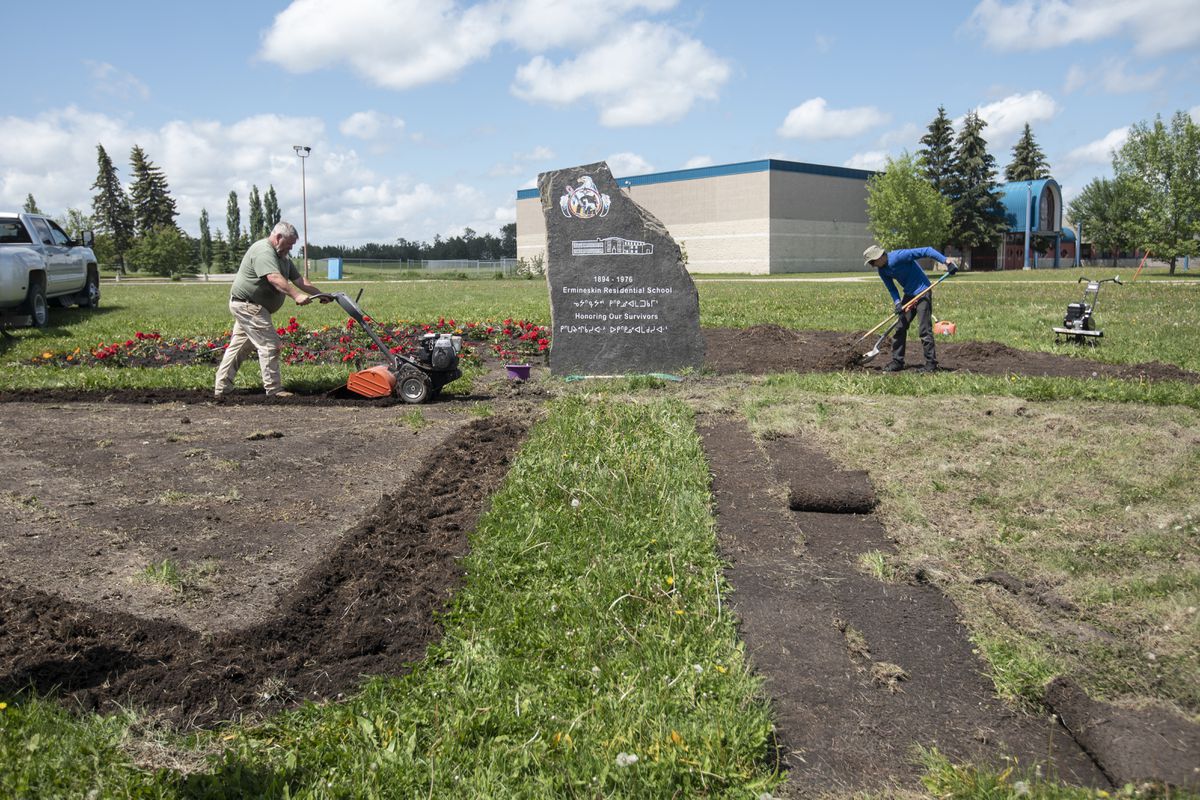 With only 10 days to go until the first papal visit to Canada in 20 years, organizers of the papal visit are scrambling to prepare for his arrival as thousands of people expect to attend.

In Alberta – the first stop in the six-day tour beginning July 24 – organizers estimate up to 15,000 people will attend a public event at Maskwacis, home of four First Nations, located south of Edmonton. Another 25,000 are expected to participate at the pilgrimage at Lac Ste. Anne, said Shane Schreiber, assistant deputy minister for the government of Alberta, at an Edmonton press conference Thursday. A mass at Edmonton’s Commonwealth Stadium on July 26 has capacity for roughly 65,000 people.

Pope Francis’s visit, with the slogan “Walking Together,” will focus on healing and reconciliation with Indigenous people and the devastating legacy of the residential school system. The papal visit is also expected to draw thousands of practising Catholics from across the country. After arriving in Edmonton, the Pope will attend several events before travelling to Quebec City and ending his trip in Iqaluit.

Confirmation of the visit came six weeks after Pope Francis apologized at the Vatican on April 1 to almost 200 Indigenous delegates and survivors for abuses against children in the schools. Many survivors want to see the Pope issue a stronger apology when he is in Canada for the Catholic Church as a whole, rather than for the harms inflicted by individuals.

The Catholic Church ran about 60 per cent of the government-run residential schools that operated for over a century and inflicted harms and abuse against Indigenous children. In 2015, the Truth and Reconciliation Commission called upon the Pope to apologize, in Canada, to survivors and their families for the abuses in the schools.

The Pope is expected to expand on his previous apology to residential school survivors at his first stop at the former Ermineskin Residential School in Maskwacis.

Anne Wildcat, the papal visit’s Maskwacis site co-ordinator, said organizers need to be mindful of emotions and trauma for survivors in their planning and logistics.

“This is really a solemn and emotional event, and so we’re trying to be very careful with our survivors, to ensure we have ample supports available at the event,” said Ms. Wildcat.

“We’re really hoping for the Holy Father’s visit is that it will be simple, meaningful and beautiful for those who will be able to view the events,” said Marion Haggarty-France, the papal visit’s Alberta sites co-ordinator, at the press conference.

The Alberta government is co-ordinating park and ride services for those who’ve registered for the events to help minimize traffic and is expecting temporary road closures and detours. Organizers are encouraging people to arrive early.

While organizers have assured several Indigenous communities that survivors will not be turned away from events, they said Thursday that capacity limits at each event will need to be taken into account. Prioritization will be given to survivors, particularly elders.

Ms. Wildcat said that Maskwacis is doing their best to manage expectations, capacity limits and safety, knowing a large number of people want to hear the apology in person. “We don’t want to turn anyone away, we don’t … specifically survivors, because this is for them and they’re our focus,” she said.

In Quebec City, organizers said last week that use of public transport is encouraged by anyone wishing to attend events there from July 27-29. Public viewing will be available on the Plains of Abraham, which has a capacity of 140,000 people. Indigenous survivors and their families will be given priority seating at all Quebec City events and the public viewing location.

The papal visit will cost Alberta between $10-million and $20-million, said Mr. Schreiber, amid infrastructure upgrades and road pavings.

The federal government said this week it will contribute more than $35-million during the visit to support survivors and Indigenous communities. This will include money for travel for survivors, community-led activities and translation of events in Indigenous languages.

Our Morning Update and Evening Update newsletters are written by Globe editors, giving you a concise summary of the day’s most important headlines. Sign up today. With Canada Day just around the corner, the Ravine Vineyard Estates Winery in Niagara-on-the-Lake has announced the return of its annual celebration of the country’s confederation this Friday, July 1.

However, in a move that reflects the nation’s growing contention with the holiday as it unpacks troubling aspects of its past and present, the business is asking people to help a national organization aiding survivors of the residential school system.

The event will kick off at 5 p.m. at 1366 York Rd. in St. Davids, featuring an evening of drinks, barbecue-style food, live music, and a large fireworks show starting around 10:15 p.m.

This year, the winery is offering free attendance to the event for those who make a donation to the Indian Residential School Survivors Society (IRSSS), a British Columbia-based organization that provides services to the survivors of Canada’s residential schools and their families, helping them to heal from the trauma many former attendees of the schools experienced.

Tony Milana, general manager of the Ravine Vineyard winery, said the idea came from Paul Harber and the family that owns the winery.

“They’re very conscientious of these issues that have arisen,” Milana said.

Like others in Canada and around the world, they’ve been taking in news since last year’s of the discovery of hundreds of unmarked graves on the grounds of former residential schools across Canada, believed to contain the remains of previously unaccounted for children who attended the schools.

This countrywide search began after the discovery of a suspected 215 unmarked graves in Kamloops, B.C. on May 27 last year. Last year, many called for the cancellation of Canada Day celebrations to honour those who lost their lives, and conversations around Canada’s legacy continue.

“As Canadians, it’s been a hard thing to swallow,” Milana said.

The winery has set up a GoFundMe page to collect donations (the page is set up to give donations directly to the IRSSS). Since setting up the page on June 24, it’s received nearly $3,000 in donations, out of its goal of $10,000.

“We just want to make sure we’re doing our part,” he said.

The event will also have QR codes on-site on July 1 to allow people to make a cashless donation before entering the vineyard. Those who donate online will be asked to provide proof of their donation when entering the event.

This is the first time Ravine Vineyard is hosting its annual Canada Day fireworks events since 2019, putting off the event for two years due to the pandemic.

Milana said the winery’s team is keeping an eye on the latest news around COVID-19, such as a potential new wave of cases this summer or the spread of the Omicron variant BA.5 in Ontario, and will be trying to host the event as safely as possible.

“We’re very excited about it,” Milana said. “It’s a lot of fun and it’s family fun.”

The winery notes this is a cashless event, and that parking on-site is limited. There will be spots available around the property for attendees to lay blankets or set up chairs.

For more information, including the food and drink menu, visit ravinevineyard.com/events/winery-events, and to donate to the IRSSS for this event, visit gofundme.com/f/indian-residential-school-survivors-society. 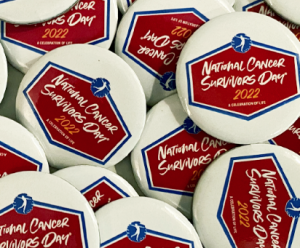 Cancer in Northern Kentucky and the Greater Cincinnati area affects thousands each year, with an estimated 30,000 Kentuckians, 73,000 Ohioans, and 39,000 Hoosiers facing a cancer diagnosis in 2022 — numbers far above the national average. While the numbers are staggering, thanks to education, awareness, medical advances, and an emphasis on prevention and screening, more and more people are surviving every day.

On Monday, June 6, St. Elizabeth Healthcare will observe National Cancer Survivors Day (June 5) by honoring cancer survivors and their supporters. The annual event of solidarity with cancer survivors around the world raises awareness of the ongoing challenges they face and – most importantly – celebrates their lives.

St. Elizabeth Healthcare will host events all month honoring the courage, strength, and resiliency of those affected by cancer, including:

• Giveaways on June 6 for survivors — including ribbon pins, buttons, flower seeds, bracelets, and cookies. In addition, a beautiful quilt has been donated and entries will be received throughout the day for one survivor.

Thanks to major advances in cancer prevention, early detection, and targeted treatments, many patients are living longer with cancer. According to the American Cancer Society, there are more than 43 million cancer survivors worldwide. “Everyone knows someone whose life has been touched by cancer,” says Dwinelva Z. Zackery, Director of Integrative Oncology for St. Elizabeth Healthcare.

After enduring some of the worst attacks of Russia’s invasion, hundreds of Ukrainian refugees have arrived in Zaporizhzhia, after escaping the battered city of Mariupol. Crystal Goomansingh spoke with some about their traumatic journey, and what comes next.