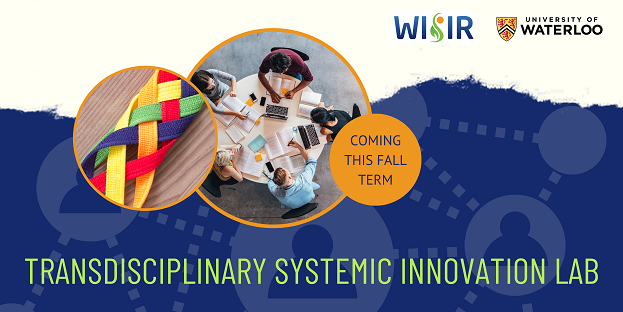 Are you instructing a course at the University of Waterloo this fall?

Looking for ways to spice up your students’ engagement in your course material?

You might like to learn more about an upcoming research project by the Waterloo Institute for Social Innovation and Resilience (WISIR). Funded by a Learning Innovation and Teaching Enhancement (LITE) Grant (administered by the Centre for Teaching Excellence and the Associate Vice-President, Academic’s Office), WISIR will run a transdisciplinary, participatory lab in which students and researchers from across faculties work with community stakeholders on a ‘wicked problem’ to prototype and test system-changing solutions. 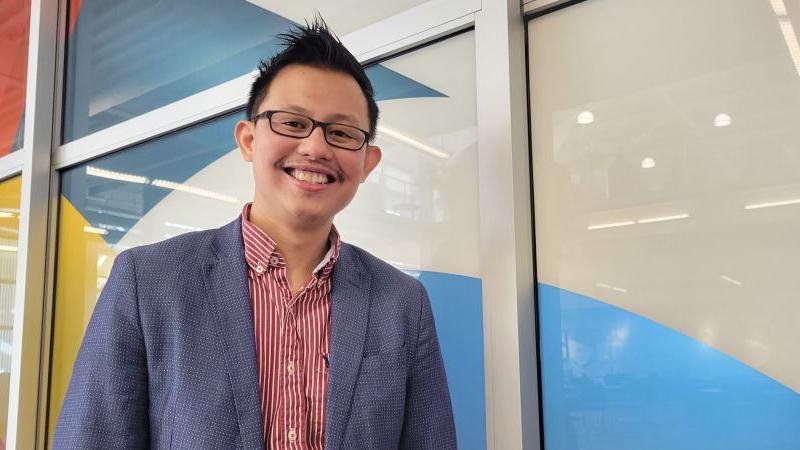 “What we’re dancing around today is that Red Deer is not as beautiful as everybody says it is, especially for people who are racialized. I was downtown when the confrontation happened in September 2020, just having coffee with a friend, and we watched it happen,” says Vanidour, who is of Mohawk ancestry, referring to a well-publicized confrontation between anti-racism organizers and counter-protesters.

“She, a Filipino, said she was scared and was going to leave. I said that I wasn’t going to let anyone run me off my land. We must be well aware of the fact that there are places not safe to walk or go as an Indigenous woman, for example. When you have that in your city, events like this are really important to be able to say ‘You know what, we’re not going to stand for it,’ not in this day and age when we all put our pants on the same way.”

An immigration and settlement counsellor at Catholic Social Services, it’s an honour for Vanidour to help newcomers comprehend colonialism and what Indigenous people have been through.

“If you’ve been here the last 30-40 years, you’re a newcomer and you have nothing to do with what happened before. Those folks are very sympathetic. One of the first things they say to me is, ‘We have land to go back to, but yours was taken from you, so why are you welcoming us?’ So we make sure people know how to live here and respect the land,” she says. “If a newcomer, or a regular Canadian, can understand why we do land acknowledgments, and why the land is so important, they’ll begin to understand our connection to North America, and then they can understand their personal responsibility in reconciliation because they’ve started to learn our stories.”

Vanidour surmises that the biggest thing holding people back from engaging in reconciliation is fear.

“Our pain is our own, but we can actually have you understand why we have that pain,” she says. “Many say ‘What do you want, why are you doing this,’ and all we want is for you to sit with us, help us through that pain, and figure out what our relationship is going to be.”

Darnel Forro, a six-year social work instructor at Red Deer Polytechnic, presented about Critical Race Theory (CRT), a concept he acknowledges is highly controversial, particularly in the United States. However, he says it’s only that way because people aren’t fully understanding of what it means.

Forro says CRT does not pertain to blaming one particular group, as it’s often accused of doing, but rather it allows for an explanation of how structural or systemic racism works.

While CRT is not embedded in the social work curriculum, Forro says the program does teach anti-oppressive methods in hopes that graduates will one day have the courage and capacity to better serve marginalized clients.

“Let’s look around us, right here in Red Deer. It is very common to see highly educated and qualified individuals doing menial jobs. We look at people immigrating from the developing world — people who are racialized, or who are considered to be people of colour, and they’re doing difficult jobs here like cleaning and serving coffee. These are people who have law degrees. That is inherently racist, and people like you and I benefit from that because we have our offices cleaned by them, and we buy that coffee every morning,” Forro explains.

“I wouldn’t say the hiring manager is racist because it’s not about them or their values; it’s actually the system that oppresses and exploits, and doesn’t acknowledge or recognize the amount of education and experience individuals have.”

On the flip side, adds Forro, the rest of society is negatively impacted because it is being deprived of those newcomers’ potential contributions in filling service gaps, such as in health care.

Barriers include not only the thought that Canadian education is superior, but the cost and time commitment it takes to prove one’s education is worthy.

“This system works against all of us. So what can we do to look at people’s credentials differently? What can we do to deconstruct and be critical of the unconscious bias we have that Canadian education is superior? On a personal level, we can critically reflect on why we have these biases, and why we think a person educated elsewhere is less qualified to do jobs we consider more important.”