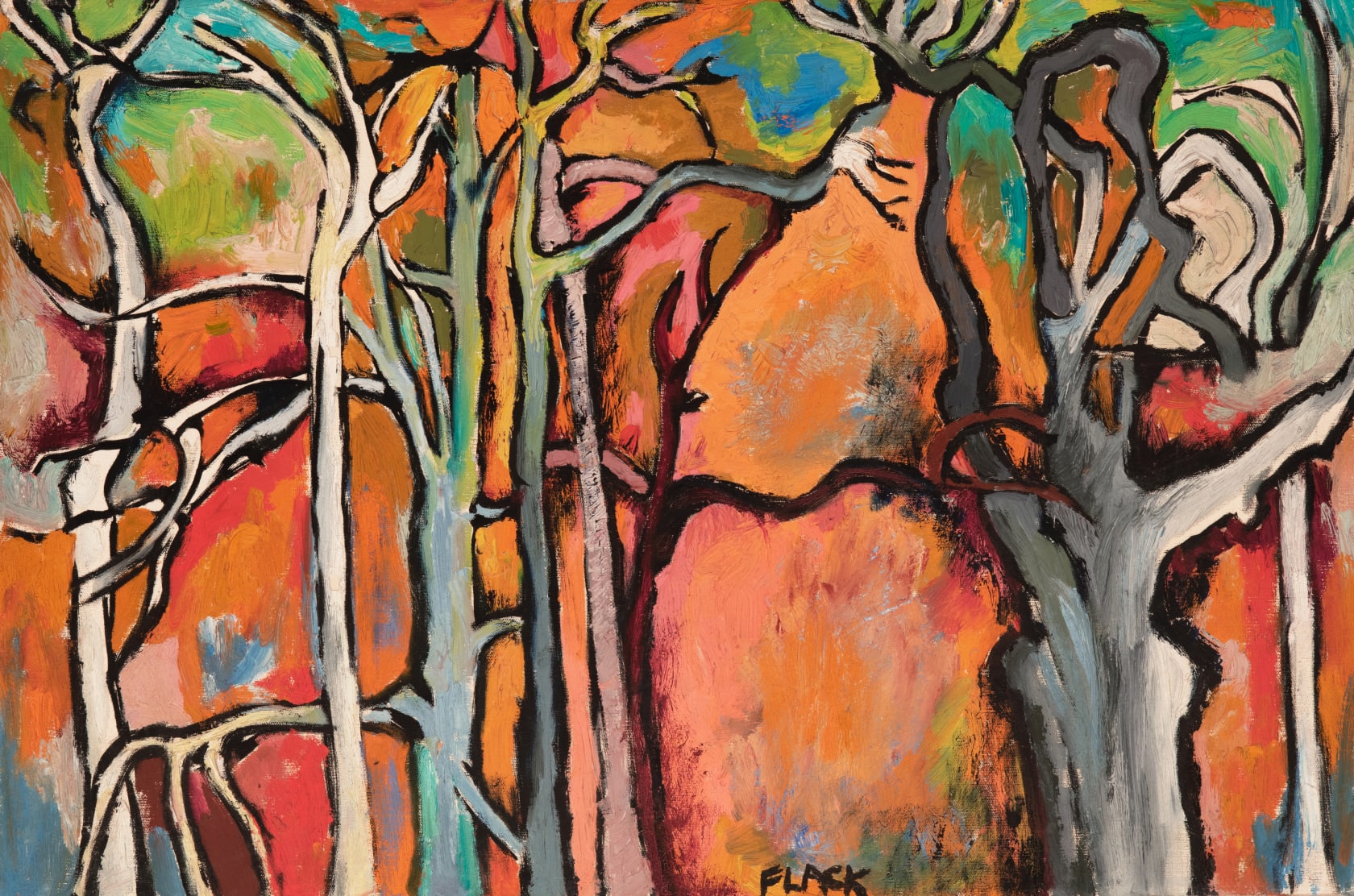 1. “What’s in the X?: Making Sense of the Latin American/Latinx Art Debate” at the Armory Show, New York

The Armory Show kicks off its 2022 Curatorial Leadership Summit, chaired by Mari Carmen Ramírez, curator of Latin American art at the Museum of Fine Arts, Houston, with a conversation about whether to say Latin American, Latino, Latina, or Latinx. The panel, moderated by Ramírez, will discuss the terminology’s historical and theoretical foundation, and how it relates to curatorial and institutional practices.

Installation view “Peter Nadin, The Distance From A Lemon To Murder” at Off Paradise. Photo: Guillaume Ziccarelli. Courtesy of the artist and Off Paradise New York.

2. Peter Nadin in Conversation with Randy Kennedy at Off Paradise, New York

This week, artist Peter Nadin and author Randy Kennedy will be in conversation at Tribeca’s Off Paradise gallery, where an exhibition of Nadin’s work, titled “The Distance From a Lemon to Murder,” is on view through June 23. The show marks Nadin’s return to “painting from life,” after an extended departure from the commercial art world. In the series, Nadin focuses on the meticulous process of grafting a lemon scion (the fruit and branches that stick above ground) to the rootstock of a sour orange (the underground root system and trunk). Nadin’s sculptural paintings are musings on the notion of grafting information and experiences to form our individual realities. Speaking to the Paris Review ahead of their conversation, Nadin recalled reading that Stalin grafted lemon trees, a practice he would take part in between signing the death warrants of hundreds of individuals. “That difference between the actions, the careful grafting and the mass horror,” Nadin said, “I realize now, must have been in my mind without knowing it.”

Location: Off Paradise, 120 Walker Street (the talk will also be livestreamed at @offparadise, and available later for viewing online.)
Price: Free
Time: 6:30 p.m.

Baxter St. Camera Club of New York presents a virtual conversation with curators Drew Sawyer and Phalguni Guliani and photographers Marvel Harris and Siddhartha Hajra, in conjunction with the gallery’s current show, “Just Wide Enough to Hold the Weight” (through June 8). The exhibition, which also features work by Soumya Sankar Bose, is an exploration of the three artists’ queer and trans identities through self-portraiture and staged scenes.

4. “On Faith: Artists on Faith Ringgold’s Influence” at the New Museum, New York

Catch artists Diedrick Brackens, Tomashi Jackson, and Tschabalala Self in conversation about the massive artistic influence of Faith Ringgold, timed to the nonagenarian’s current retrospective at the New Museum, “Faith Ringgold: American People” (through June 5, 2022). Writer and curator LeRonn Brooks, a contributor to the exhibition catalogue, will moderate.

Audrey Flack celebrates her upcoming 91st birthday (on May 30) with a show of never-before-seen works on paper, as well as Abstract Expressionist paintings from the 1950s and ’60s. The gallery uncovered the early works on paper while conducting archival research in the artist’s studio. Dating from the period between Flack’s graduation from the High School of Music and Arts in Harlem, her time at New York City’s Cooper Union, and her studies under Josef Albers at Yale, these paintings show the young artist’s development as she came to embrace the Ab-Ex movement.

Katy Rogers of the Dedalus Foundation, the director of the Robert Motherwell catalogue raisonné project, will talk with Kasmin senior director Eric Gleason about the artist’s “Lyric Suite” series, which is currently featured in a show of 60 works on paper at the gallery (through June 4). Motherwell painted the works over just a few weeks in 1965, translating his mastery of color and form to an unusually small scale: nine-by-11-inch sheets of unryu paper, purchased at a Japanese store in New York.

Olympia presents the first solo exhibition of New York artist Keisha Prioleau-Martin, curated by Nilufa Yeasmin. Having spent her whole life in New York, Prioleau-Martin paints verdant scenes of indoor and outdoor urban spaces. The joyful works depict people coming together to share and enjoy nature as it is available to those in populated cities. The show also presents a new body of sculptures by the artist.

Derek Eller, Abby Messitte, Katharine Overgaard, and Franklin Parrasch are teaming up to open a new gallery, Analog Diary, in Beacon, New York. The new venture will be “a space where thinking about art without the mind clutter of an Instagrammable frame of reference is possible,” according to a statement for the inaugural exhibition. “What is off the table is the notion of ‘off the table’—concepts of exclusion and a restricted mindset are not a thing here.” Reflecting this rejection of prescribed categories, the gallery is opening with a wide-ranging group show featuring Jose Alvarez (D.O.P.A.), Radcliffe Bailey, Nicole Cherubini, Zoë Charlton, Al Freeman,  Miles Huston, Lee Quiñones, and Dorothea Tanning, among others.

Carvalho Park presents a two-person painting exhibition by Brooklyn-based artists Krista Louise Smith and Rosalind Tallmadge. Both artists present serene, monochromatic works in various shades of pale pastel, “offering a transcendent cohesion” of their styles. Dreamy pink and blue hues of the sky appear in Smith’s paintings, often inspired by her travels, and particularly her recent trips to New Mexico’s desert. Tallmadge’s works are infused with light and glimmer, invoking geological elements through the use of materials such as fabric, mica flakes, and marble dust. The effect of them together is like “being wrapped in a serene, feminized glow,” according to co-founder Jennifer Carvalho.

Renee Cox, Miss Thang, from the series “The Discreet Charm of the Bougies” (2009). Photo courtesy of the artist.

This wide-ranging show curated by Aindrea Emelife examines Western representations of the Black female body. By including archival images from 1793 to 1930, as well as contemporary photography from 1975 to the present, the exhibition allows Black women to reclaim their agency, rejecting the fetishization and sexual objectification faced by previous generations. Featured contemporary artists were born from 1942 to 1997, with an intergenerational mix that includes Kara Walker, Carrie Mae Weems, Zanele Muholi, and Renee Cox.

For decades, the Chicago-based artist Evelyn Statsinger (1927–2016) created drawings, paintings, and sculptures of the natural world. The artist’s early works from the 1950s were kind of all-over botanical patterns and drew the admiration of the likes of Mies Van Der Rohe. In fact, Statsinger had two exhibitions of her work at the Art Institute of Chicago, first in 1952 and then again in 1957. Statsinger’s later works, though, are particularly beguiling, as this exhibition organized by writer and curator Dan Nadel makes clear. In these peculiar visions, the artist forgoes naturalism and identifiable forms for abstracted and fantastical depictions of nature that feel both wholly out of this world and of the moment.