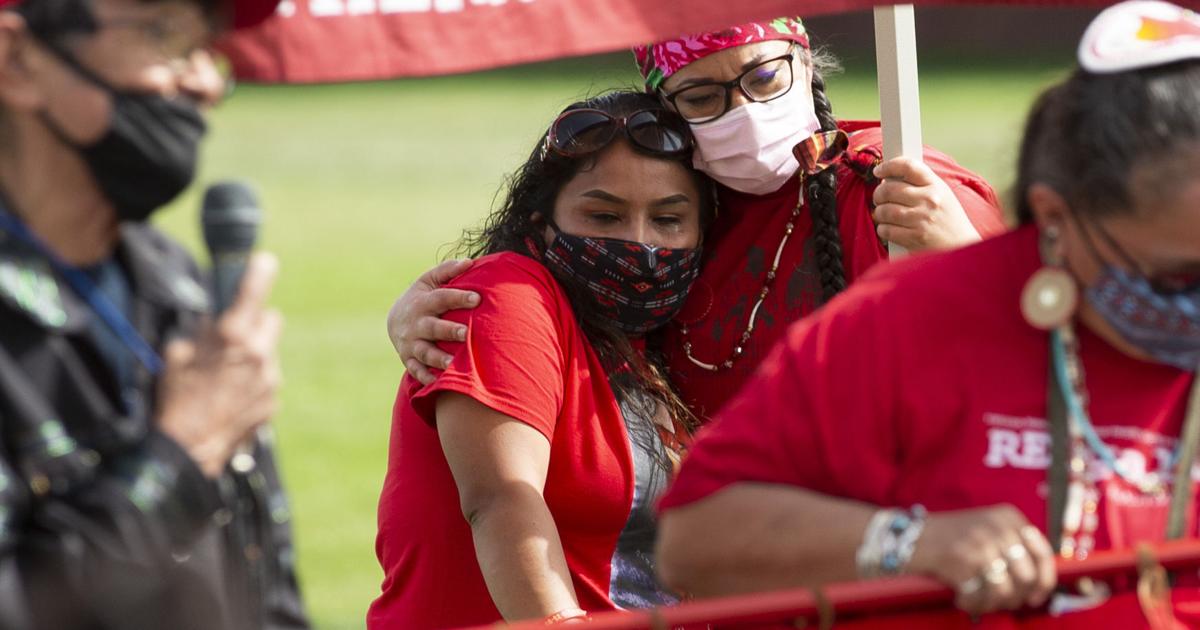 TOPPENISH — Special events and a walk are planned Thursday on the national day of awareness for missing and murdered Indigenous women and girls.

The awareness walk begins at Yakamart, 111 Fort Road, after an opening prayer and a speaker at 10:30 a.m. It ends at the Yakama Nation Cultural Center. Along with the walk, Yakama Nation Behavioral Health and the Yakama Nation Victim Resource Program will hold other events Thursday as part of the program’s REDgalia campaign.

They start at 9 a.m., also at Yakamart, with a T-shirt giveaway. People can also make posters or signs to honor a missing or murdered loved one or anything related to the crisis of missing and murdered Indigenous people.

After the opening prayer and remarks from a family member of a missing or murdered Indigenous person at 10:30 a.m., the walk will leave Yakamart for the cultural center at 100 Spiel-Yi Loop. Another family member, Cissy Strong Reyes, will speak there at 12:30 p.m., which will be followed by an open mic and other activities. Closing prayer is set for 2:30 p.m.

Reyes is joined by their brother, Christopher Strong, at the many events she organizes and attends to keep their sister’s story in the public eye.

“We as a family fight every day for our sister. It’s hard and tiring at times. But we have to keep her visible so the FBI and Tribal authorities and the MMIP task force can see us and know we are still wanting proper investigation and searches,” Reyes posted Friday on Facebook. “We did not get that as a family in the beginning.”

The organization founded by Roxanne White represents all missing and murdered Indigenous people with its main focus on supporting families. For more information about the Seattle events, email mmip.families@gmail.com or visit the group’s Facebook page.