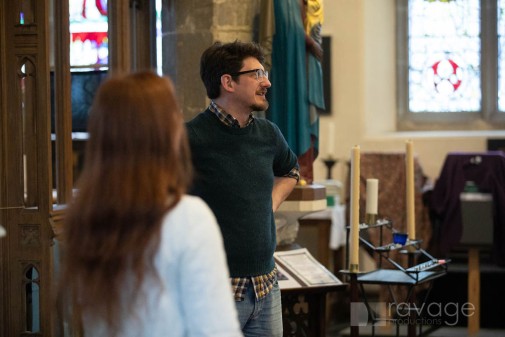 This year’s famous Mystery Plays will have a strong focus on sustainability, according to the Artistic Director, University of York PhD researcher Tom Straszewski.

For the next fortnight over 400 volunteers will come together to tell eight stories on pageant wagons that move between stations across the city, culminating at the University of York’s King’s Manor.

The plays will be performed on Sundays and Wednesdays starting Sunday 19 June.

York’s famous Mystery Plays were first performed in medieval times. Though the tradition was lost during the Reformation, The York Festival Trust revived the performances in the 90s and stages them every four years.

This year Artistic Director, The University of York’s Tom Straszewski, has come up with a fresh approach and a focus on sustainability.

Mr Straszewski, a PhD researcher in the Department of Theatre, Film, Television and Interactive Media, said: “Our theme for 2022 is sustainability and we have considered the  environmental angle by avoiding or reducing certain materials, and also the ways that we can ensure we sustain the tradition in the future.

“In their current form, the Mystery Plays have been running for 24 years and we want to ensure we inspire the next generation.

“We are performing plays about handing on ideas or traditions, finding medieval precedents, and linking these to modern concerns in York such as flooding and climate change.

“In the case of the Three Kings, one does not want to pass over his power and wants to support himself. We see similar examples of the pursuit and preservation of power around the world in modern times too.”

Mr Straszewski first performed on a wagon in 2008 and directed one of the plays in 2014 before becoming artistic director in 2018. He is tasked with building on the success of the last production, selecting from 48 surviving scripts and working them around the theme of sustainability.

The plays recount Bible stories, with different Guilds, companies and groups of the city performing different plays. Mr Straszewski works to match the right groups to appropriate plays, based on topic, number of performers and in some cases historic connections.

The Butchers Guild traditionally performs The Crucifixion because of the amount of blood involved. In medieval times that play would have been performed by butchers.

The University’s Centre for Medieval Studies is represented by its medieval theatre company, the Lords of Misrule, who will perform the Baker’s Play of the Last Supper.

Since the original source material for this pageant is significantly damaged, the Lords of Misrule have also ‘rebuilt’ the missing text, using their experience in adapting medieval theatre plays. The Baker’s Play will incorporate material from other medieval play cycles from elsewhere in England, as well as the Biblical and medieval accounts of the Last Supper.

The director of The Last Supper, is Emily Hansen who has a PhD from the University and is a member of the Department of History.

Mr Straszewski is a professional director and PhD researcher in the Department of Theatre, Film, Television and Interactive Media. His work explores how theatre-makers use their sites and venues to shine a light on the concerns of local communities.

He grew up outside York and believes the city is a fascinating backdrop for these performances.

He added: “In York we have such mixed architecture, with medieval, Georgian, Victorian and modern buildings. In previous years, groups have interacted with the buildings in York, for example, they’ve used the old city walls to represent Jerusalem’s walls, or one of our churches was recreated on the wagon, effectively touring that church around the city.”

“Our players’ work reflects this with some recreating a medieval play, others drawing inspiration from the city’s history, and others creating very modern productions. I’m very proud to be a part of these productions and excited to watch them unfold over the next fortnight.” 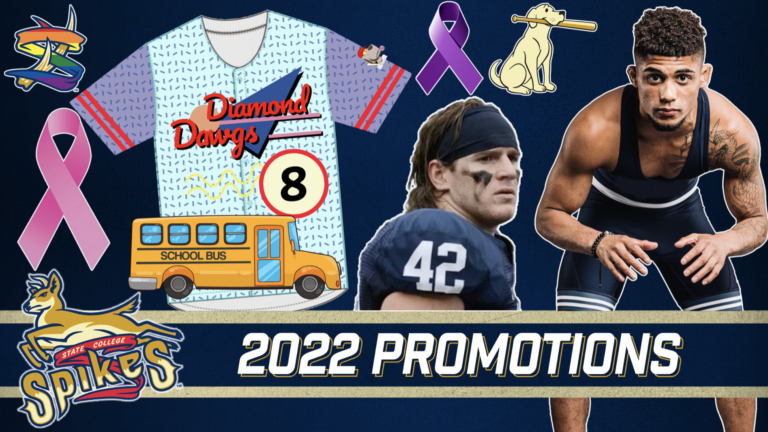 The State College Spikes announced a series of theme nights, giveaways, and events ahead of their upcoming season.

The Spikes will kick things off with their Pride Night on Thursday, June 9, where the first 500 fans in attendance will receive a free Pride t-shirt.

Throughout the summer, the Spikes will give away bobbleheads of beloved Penn State athletes both past and present. The team will honor late Penn State legend Wally Triplett on July 29, while two-time NCAA champion Roman Bravo-Young and former Penn State linebacker Michael Mauti will follow on August 27 and September 3, respectively. The first 1,000 fans at each game will receive the night’s corresponding bobblehead.

The Spikes will host four “Bark in the Park” nights throughout the season at which fans can bring their dogs to the ballpark. Leash up and head to the stands with your pup on June 7, July 2, August 9, and September 2.

Additionally, on July 9, Medlar Field at Lubrano Park will host Autism Awareness Night. The Spikes will feature education efforts around the ballpark as well as a sensory adaptation room.

August 28 brings Hockey Night in Happy Valley, and with it, the Spikes will wear specialty jerseys. The new threads will go for bid after the game in an auction presented by PSECU, and all proceeds will benefit the Children’s Miracle Network.

You can find the full schedule of the Spikes’ upcoming events and promotions here.

Joe is a freshman journalism major at Penn State. He enjoys yelling into the void over things such as the Philadelphia Union, the United States Men’s Nation Team (soccer), Eagles and Penn State football, alongside whatever else comes to mind. Find (and disagree with him) on Twitter (Joe_Lister21). 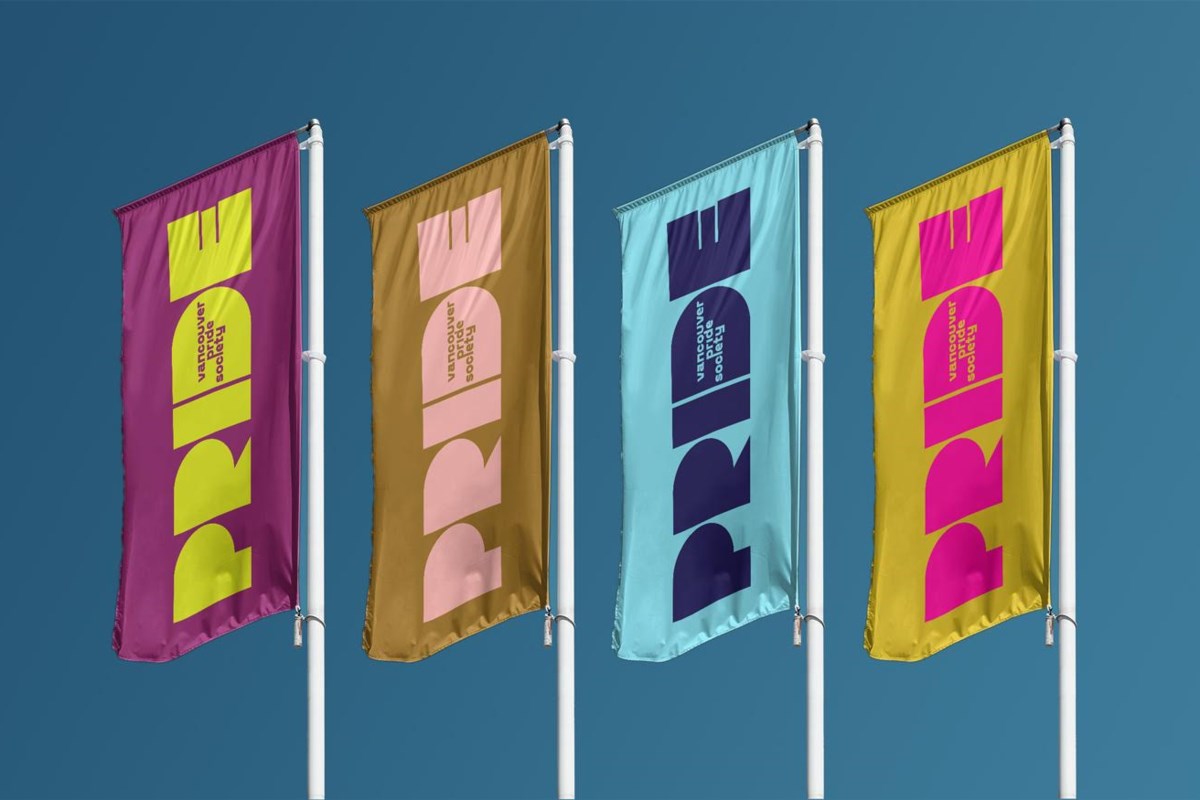 Vancouver Pride has announced this year’s theme as the annual festival returns to in-person activities after a hiatus due to the COVID-19 pandemic.

The 44th annual festival in July will be called Together Again as people are able to gather again after years separated by concerns about the pandemic.

“It is meant to highlight the excitement and importance around gathering for in-person, community-focused events again in 2022,” states the society in a press release.

The plan is for the festival to return as it was pre-pandemic with in-person events, activities and more. That includes the Sunset Beach Festival and Pride Parade, which has drawn upwards of 400,000 spectators in the past.

However, in the spirit of inclusivity, there will on online events as well.

“For the past two Pride seasons, we’ve had to adapt the festival in response to the COVID-19 pandemic, curating and delivering virtual and at-home programming,” says the society’s interim director Lee Keple.

In advance of the festival, the society’s Unicorn Ball is coming up in May. It acts as a fundraiser for their bursary program.