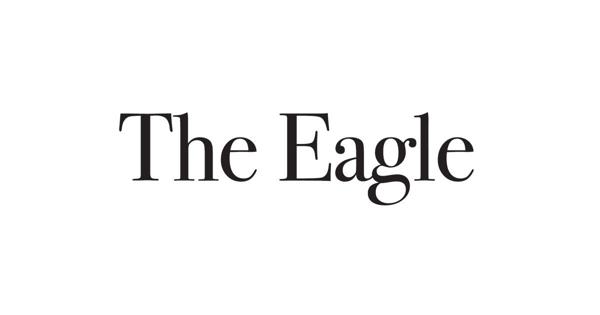 Don’t care much for the constant mid-March ritual of moving our clocks ahead one hour? According to Beth Ann Malow, a professor of neurology and pediatrics at Vanderbilt University, 63% of Americans would like to see it eliminated.

The thing is, daylight saving time represents much more than a disruption to daily routines. Given the stresses heaped upon us in our world of uncertainties, it could be the proverbial straw that broke the camel’s back.

“Beyond simple inconvenience,” writes Malow on TheConversation.com, “Researchers are discovering that ‘springing ahead’ each March is connected with serious negative health effects.”

“In a 2020 commentary for the journal JAMA Neurology, my co-authors and I reviewed the evidence linking the annual transition to daylight saving time to increased strokes, heart attacks and teen sleep deprivation,” she says.

A separate post on TheConversation.com co-authored by Deepa Burman, co-director of the Pediatric Sleep Evaluation Center at UPMC Children’s Hospital of Pittsburgh, and Hiren Muzumdar, director of the Pediatric Sleep Evaluation Center, notes that sleep deprivation can result in increases of workplace injuries and automobile accidents. One individual’s sleep deprivation can affect an entire family.

“You may notice more frequent meltdowns, irritability and loss of attention and focus,” they say.

I wonder, could uncontrolled anger be far behind?

Now, watching a devastating war unfold on social media is also hammering away at our collective mental health. We’re all being heightened by graphic and disturbing images that fill our feeds, writes Time magazine reporter Jamie Ducharme.

“Tracking up-to-the-minute developments can come at a cost. … Footage and photos from Ukraine flooding social media and misinformation spreading rampantly (has) implications for public health,” she reports.

It has long been the responsibility of traditional media outlets for editors to decide which content is too graphic to show, or to label disturbing images with warnings. As pointed out by Roxane Cohen Silver, a professor of psychological science at the University of California, Irvine, today anyone “can take pictures and videos and immediately distribute that (on social media) without warning, potentially without thinking about it.”

Jason Steinhauer, founder of the History Communication Institute, says, “Russia has been waging a social media and misinformation war for the past 10 to 12 years.” This has only gotten worse since its invasion of Ukraine.

We should not be surprised at all that studies now suggest that news coverage of the pandemic has contributed to our mental distress. “Adding yet another difficult topic to the mix can worsen those feelings,” Cohen Silver says.

Yet the war is hardly the only attack on our senses. At a time when we are most vulnerable, the Federal Trade Commission reports that predatory fraudsters bilked consumers of an estimated $5.8 billion last year. According to the agency, it represents a 70% increase over 2020. “Almost 2.8 million people filed a fraud complaint, an annual record” and “the highest number on record dating back to 2001,” reports the FTC. “Imposter scams were most prevalent, but investment scams cost the typical victim the most money.”

“Those figures also don’t include reports of identity theft and other categories,” the report points out. “More than 1.4 million Americans also reported being a victim of identity theft in 2021; another 1.5 million filed complaints related to ‘other’ categories (including credit reporting companies failing to investigate disputed information, or debt collectors falsely representing the amount or status of debt).”

The mounting stresses placed upon us are now posing a threat to not just our mental and financial health but our physical well-being.

According to a working paper from researchers at the Naval Postgraduate School and the University of Pennsylvania, “In 2020, the risk of outdoor street crimes initially rose by more than 40% and was consistently between 10-15% higher than it had been in 2019 through the remainder of the year.” Researchers also believe that the finding “points to the potential for other crimes to surge the way homicides have as cities reopen and people return to the streets,” says the report.

Adds Megan McArdle commenting on the report in an op-ed for the Washington Post, “community trust in the police might have plummeted, possibly making people more likely to settle scores on their own. Or police might have reacted to public anger by pulling back from active policing, creating more opportunities for crime.”

Hans Steiner is a professor emeritus of Stanford’s Department of Psychiatry and Behavioral Sciences who has logged decades of work studying anger and aggression. In an interview posted on the Stanford University website, he says he believes that “the coronavirus pandemic, with its extreme disruption of normal daily life and uncertainty for the future, compounded by several other crises (economic distress, racial tension, social inequities, political and ideological conflicts) puts us all to the test: we find ourselves immersed in a pool of negative emotions: fear, sadness, contempt, and yes, anger. What do we do with this forceful emotion?”

“Anger signals that we are being threatened, injured, deprived, robbed of rewards and expectancies,” Steiner says. It should be “one of our adaptive tools to deal with the most difficult circumstances. Sometimes it becomes an obstacle to our struggles, especially when it derails into aggression and even violence.”

Anger problems are now spilling over into record accounts of hate crimes. It seems that today’s circumstances, with anger management and rule of law seemingly at an all-time low, have caused many individuals to become ticking time bombs. Reports CBS News, “the total number of hate crimes nationwide has increased every year but one since 2014, according to FBI data, which includes statistics through 2020.”

Steiner says that “maladaptive anger and aggression has the following characteristics: 1. It arises without any trigger, seemingly out of the blue; 2. it is disproportionate to its trigger in its frequency, intensity, duration and strength; 3. it does not subside after the offending person has apologized; 4. it occurs in a social context which does not sanction anger and aggression.”

Who among us has not seen or maybe even experienced some, maybe all, of these behavior characteristics?

“In such conflicts we need to remind ourselves that diatribes, lies and accusations will not move us forward; compassion, empathy and the reminder that we are all in this horrible situation together (needs to) inspire us,” Steiner advises.

Write to Chuck Norris at info@creators.com with questions about health and fitness.