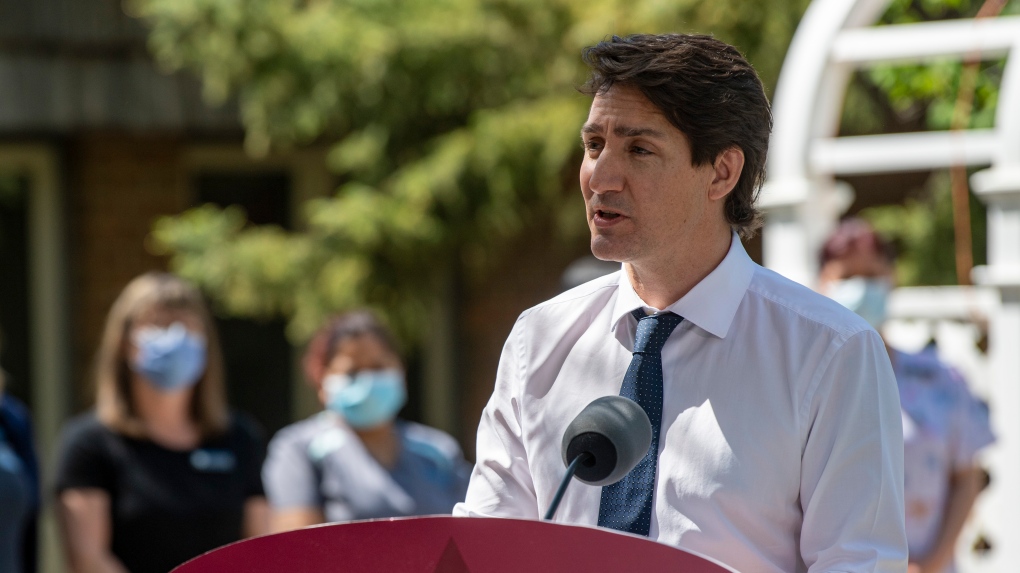 
Prime Minister Justin Trudeau says the safety of Canadians participating in democracy should never be jeopardized by the kinds of racist insults and threats of violence lobbed at people attending a Liberal fundraiser in British Columbia on Tuesday.


Trudeau says all governments should be seized with the issue amid a rise in the presence of aggressive or hateful protesters appearing at political events.


Trudeau did not say why specifically he chose to appear at the Surrey, B.C., fundraiser virtually rather than in person but it is at least the second time in less than 10 months that he changed his plans in the presence of unruly protests.


Outside the event in Surrey, B.C., about four dozen protesters used expletives and reportedly also hurled racist slurs at attendees who were mostly South Asian.


One protester carried a noose attached to two flat sticks printed with the words “treason” and “Trudeau.”


Two weeks ago, NDP Leader Jagmeet Singh was harassed by protesters and aggressively chased into his car outside an provincial NDP campaign office in Peterborough, Ont.


This report by The Canadian Press was first published May 25, 2022.

Around 56 heritage sites in Africa are vulnerable to extreme coastal events and erosion, according to a new study. They are at the risk of being damaged by these factors and the number of exposed sites may more than triple by 2050, the report added.

These include the iconic ruins of Tipasa in Algeria and the North Sinai archaeological sites zone in Egypt, the global team of climate risks and heritage experts said.

North Africa has the largest number of exposed sites (23), according to the report published in the journal Nature Climate Change.

Morocco and Senegal have seven exposed sites each and Egypt has four. No central African sites are currently exposed, the study found.

At least 151 natural and 40 cultural sites will be exposed to rising sea levels from 2050. Countries which are projected to have all their coastal heritage sites exposed by the end of the century are Cameroon, Republic of the Congo, Djibouti, Western Sahara, Libya, Mozambique, Mauritania and Namibia.

“We modelled climate risks for sites that are supported by the World Heritage Centre or the Ramsar Convention, but there are hundreds of sites that are not supported,” said Joanne Clarke, climate and heritage researcher with the University of East Anglia and author of the report. He added:

Many [unrecognised sites] are incredibly fragile and important to local communities. Really pressing are indigenous sites, which may not have global recognition but are highly valued to local people.

Sea levels around Africa rose at a faster rate than the global average over the past three decades, according to the Intergovernmental Panel on Climate Change.

The findings of this study highlight the urgent need for increased climate change adaptation for heritage sites in Africa, including governance and management approaches, site-specific vulnerability assessments, exposure monitoring and protection strategies.

We are a voice to you; you have been a support to us. Together we build journalism that is independent, credible and fearless. You can further help us by making a donation. This will mean a lot for our ability to bring you news, perspectives and analysis from the ground so that we can make change together.